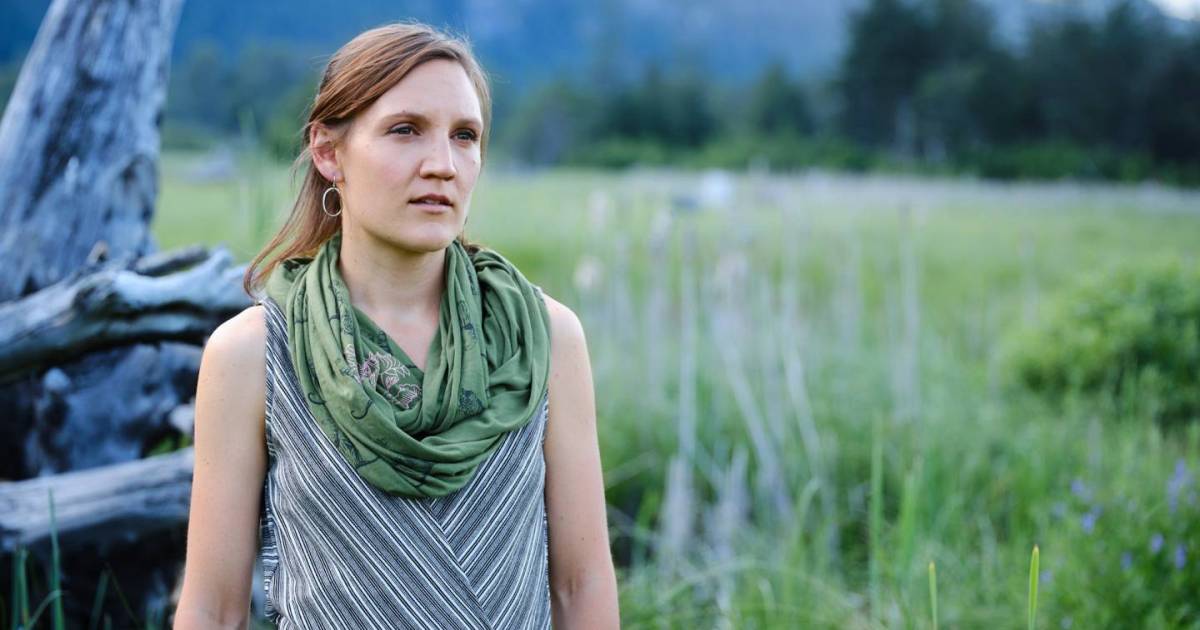 What’s In Your Fridge is where the Straight asks interesting Vancouverites about their life-changing concerts, favourite albums, and, most importantly, what’s sitting beside the Heinz ketchup in their custom-made Big Chill Retropolitan 20.6-cubic-foot refrigerators.

Of the three daughters in my family, I’m “the funny one”, which means “the weird one”. I’m the extrovert that thinks they’re an introvert. Once a die-hard Robin Williams fan that wanted to be a stage and screen actress, I now devote my creative efforts to song-making. I’ve released two EPs and an album, with a second full-length album on the way. I’m obsessed with using the songwriting process to uncover things within myself, and I love collaborating with other people. I call my music “indie-folk” because I think quite a lot can fall into that category, but I’m pretty unattached to genres. The people I play music with bring their expertise from bluegrass, jazz, funk, pop, but my music doesn’t sound like any of those. Kind of like my dog who is a mix of four breeds and doesn’t look like any of them. Oh yeah, I’m also dog mom to Henry—if you live in Squamish, you probably know him. I spend my normal human waking hours working as a school teacher. Music happens in, around, through and between all of that.

My dad took me to see Westlife in Dublin in 1999. Back story is that we lived in Ireland for a few years around that time. Back home in Canada, my favourite bands were *NSYNC and Backstreet Boys, and Westlife was like the Irish version at the time. I remember riding a train to get there, and I remember glow sticks. I also remember feeling really awkward that I was there with my dad, since I couldn’t see anyone over the age of 14 there and it was mostly girls. It was the late ’90s, so it was all cheesey choreo and frosty tips. I was a huge tomboy at that age, so I acted pretty casual about the whole thing, and rolled my eyes at the screaming girls, but I also probably had a huge crush on the lead singer and later practiced the dance moves alone in my room.

Kae Tempest (formerly Kate Tempest) at Fortune Sound Club in Vancouver in 2016. They had just released their full-length LP called Let Them Eat Chaos. It’s a rap/hip-hop/spoken word masterpiece and I was already shaken to the core just when I listened to it with headphones. At the concert, they came out and sincerely asked the audience to turn off their phones and experience the show through their eyes and ears. Everyone complied. It’s my sole memory of being gathered with a group of strangers when no screens came out. Kae is an intensely powerful performer, and I felt that they were literally conjuring the rain Gods. The album tells one story from start to end about a storm that moves through London and various characters lying awake at night. At the end of the album, the storm passes. When I left the concert, storm clouds had gathered and there was torrential rain all night. I walked all the way home in it. In the morning, the storm had broken, just like Kae had conjured. Shivers!

Nick Mulvey Wake Up Now Listening to this album I have subsequently made major life decisions. I applied to grad school while listening, I rode on trains across Germany, I think I even ended a relationship after listening. It’s got a heartbeat that cuts through the crap and reminds you what is real. And sonically, I just find it so dynamic and appealing. I have countless voice memos of early drafts of songs in my phone called “Nick Mulvey-ish song.”

Anais Mitchell Young Man in America This is one of the only albums I’ve ever listened to on vinyl from start to finish with a group of friends. I was living in Brooklyn and cramped in my roommate’s little bedroom with 5 or 6 close friends. I may have been influenced by the artists in that room who said this was the best album ever, it might have been the candle-lit cozy and plantonic vibe of early adulthood friendships, or it might have been that we were a bunch of young people living in America, but this album has stayed with me.

Adrianne Lenker Songs This record is a lesson in less is more. Adrianne can do anything. She can bust out classical or metal guitar styles in the middle of her concerts with Big Thief, she can scream, she can croon, but she can also just sit in a cabin with a nice acoustic guitar and her broken heart and make a masterful album. That song that has nice drum brushes? Nope, that’s just her strumming with a paintbrush. And her lyrics make you feel like you’re walking through the garden of Eden.

Y La Bamba’s “Ojos Del Sol” Because I love when low-budget wins. The visual beauty comes from human faces, arm-length tattoos, simple sand-coloured backdrop, cursive writing, hand-crafted head pieces, glittery face paint, and Luz Elena looking modestly into the camera. It happens rarely, but once in a while, I see a piece of art that reminds me of being with children. This video is like what happens if the creative spark and resourcefulness you have as a kid is allowed the chance to grow and evolve.

What’s in your fridge

An unopened bottle of prosecco. Since I turned 30, I’ve received rosé and prosecco as gifts quite a number of times! I’m not sure what it is about me that says “She probably drinks rosé”, but I think it’s hilarious! I also did get engaged not long ago, and a friend sweetly congratulated us with this bottle, but, just like our camping gear when we get back from a trip, we just leave it untouched for a few weeks.

Whole wheat sourdough starter. I’m the proud younger sister of the pandemic’s most enthusiastic sourdough bread baker. Sure, I also learned, but my sister followed the recipe book page by page and watched YouTube videos on the topic. When my partner and I returned to our apartment in Squamish after locking down with my parents for six weeks, our starter became lifeless. We even tried warming the glass jar in a sock. But just like the cards I received for my birthday three years ago that I don’t look at and should probably just throw out, I’ll probably keep it.

Beef bone. Sorry in advance to the vegetarians. I spent a few months farming last spring during the pandemic, and there were the happiest cows living on this farm. I have herded and fed those cows, and sang to them in the fields—not a joke—so when the opportunity came to buy some freshly processed beef from my friends on the farm, and I put two and two together, I went for it! I’m not kidding, you can taste how happy the cows were. We’re saving the bone for our pooch!