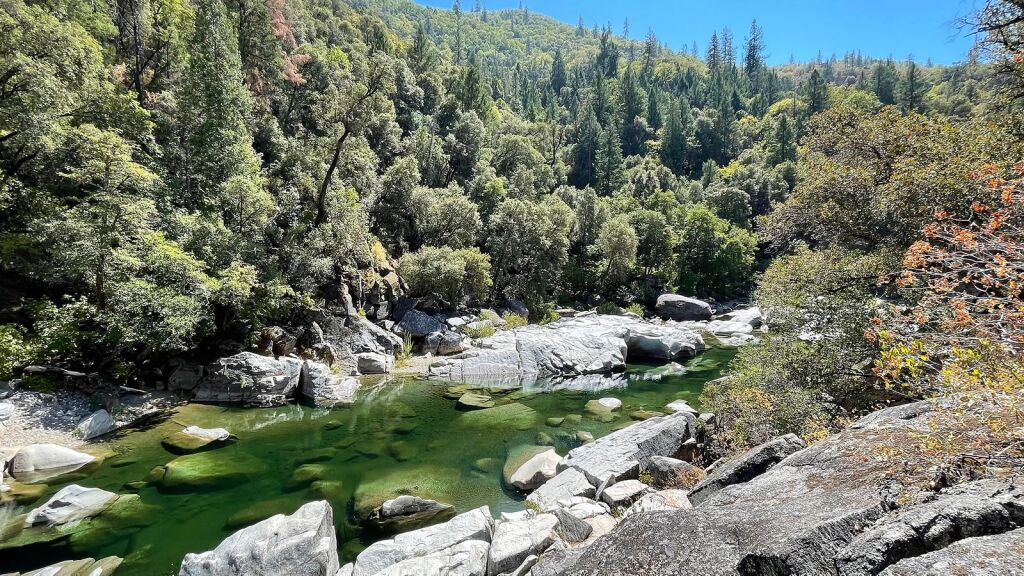 According to the National Weather Service, Nevada County is looking at warmer temperatures this week with a heat advisory issued until 8 p.m. Thursday.

“It’s not record breaking,” Meteorologist Johnnie Powell said. “It is around 10 degrees higher than it normally is this time of year, but it is still technically summer.”

Today’s high is forecast to be 95 in Grass Valley. Thursday’s high will peak at 97 and drop back down to 95 on Friday. Weekend temperatures are expected to drop into the low 90s.

Powell said real heat relief is found as evening temperatures typically fall into the 50s this time of year. However, this week nighttime temperatures will stop their descent in the low 70s.

To the east, smoke is expected to persist through Truckee’s high today of 85. Thursday will peak at 82, with a chance of thunderstorms and showers along the ridge that will last through Friday’s high of 77.

Powell said the Sierra Foothills are currently cut off from the Bay Area marine layer that usually offers relief to inland California this time of year.

According to data collected by the South Yuba River Citizens League, the number of river visitors this summer has steadily decreased over the last four weeks.

“The highest reported day was 260 people at Bridgeport this weekend,” Brunner said. “That is actually low — usually we see about 100 people an hour a lot of weekends.”

SYRCL encouraged people to avoid recreating outside during extended periods of hazardous air quality caused by various fires last week, but attributed the decrease in visitors in August to the decrease in temperature, the Nevada County Fair, and the return of the school year.

“We have seen a slow decline over the last four weeks or so, even though we did extend (our outreach) to Purdon’s Crossing,” Brunner said.

Brunner said she’s not sure if the lesser number of visitors has translated to less litter because the in-person ambassador program was not in operation the first summer after COVID-19.

“You would not believe how many soda bottles people hike in but our numbers haven’t gone up a ton,“ Brunner said. ”It’s really hard to compare to last year because we weren’t on trails as regularly, because the in-person ambassador program was not happening. We were using signage and every media channel.“

Brunner said some of the river’s visitors — tourists and locals — do not understand the impact of their visit on flora and fauna, and some do not care enough to find out.

So far, volunteers have recovered camping gear, gold panning equipment and pool noodles along the river this year.

Brunner said that as SYRCL expanded its volunteer sites, it discovered trash most likely disposed by locals — mattresses and refrigerators.

According to a press release, SYRCL collected over three tons of trash during last year’s cleanup, and 250 tons of garbage over the last two decades.

Brunner said aside from litter, this year’s biggest concern was fire risk.

“It is illegal to have any fire in the whole 39 miles of the South River Yuba Canyon,” Brunner said, adding that ambassadors helped interrupt outdoor enthusiasts towing barbecues with protective grates to the river’s edge.

Rebecca O’Neil is a staff writer with The Union. She can be reached at roneil@theunion.com