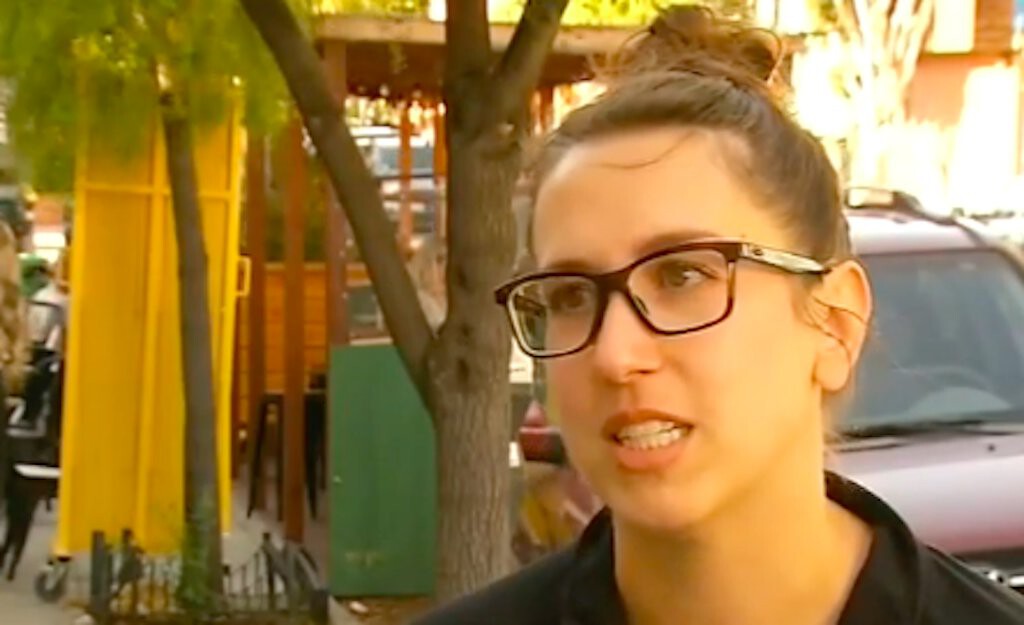 Young, from South Lake Tahoe, is describing some of the items stolen from her and her husband’s Toyota Tacoma truck in San Francisco either late Sunday night or early Monday morning.

A vehicle burglary in San Francisco may not surprise you, but Young and her husband are fire evacuees from South Lake who have been staying in the city, and unable to go home for the last ten days.

“It was really touch and go for a minute, the fire came within a thousand feet of our house,” says Young.

She says their South Lake Tahoe neighborhood was saved by firefighters and they are forever grateful.

Sadly, Young shared a few digital pictures showing her and her late father who died earlier this year. The originals, that she had hoped to save from the fire, were stolen this Labor Day Weekend from the couple’s truck parked in the Pierce Street garage in San Francisco’s Marina District — a location close to their hotel.

When we spoke with Young Monday she was near tears, “There’s the photo of him holding me at the hospital for the first time when I was born and all of those firsts in my life, and some of my first memories were captured in those photos, and so to see that someone had taken them was really really heartbreaking.”

Young says everything was locked and out of site when they left the truck at 11 p.m. Sunday night. The metal cover on the bed of that truck can withstand up to 500 pounds but it appears someone broke the lock. According to the most recent police data from July, car thefts are up 19 percent from last year, and there have been dozens of recent cases in this section of the Marina.

Young says she is hopeful that the thief has a change of heart and returns the pictures.

“It’s the only photos I had left of my dad so to see the realization that those were gone, that was the biggest hit.”

We reached out for a comment from police but only received away messages due to the Labor Day holiday.

Please note: This content carries a strict local market embargo. If you share the same market as the contributor of this article, you may not use it on any platform.