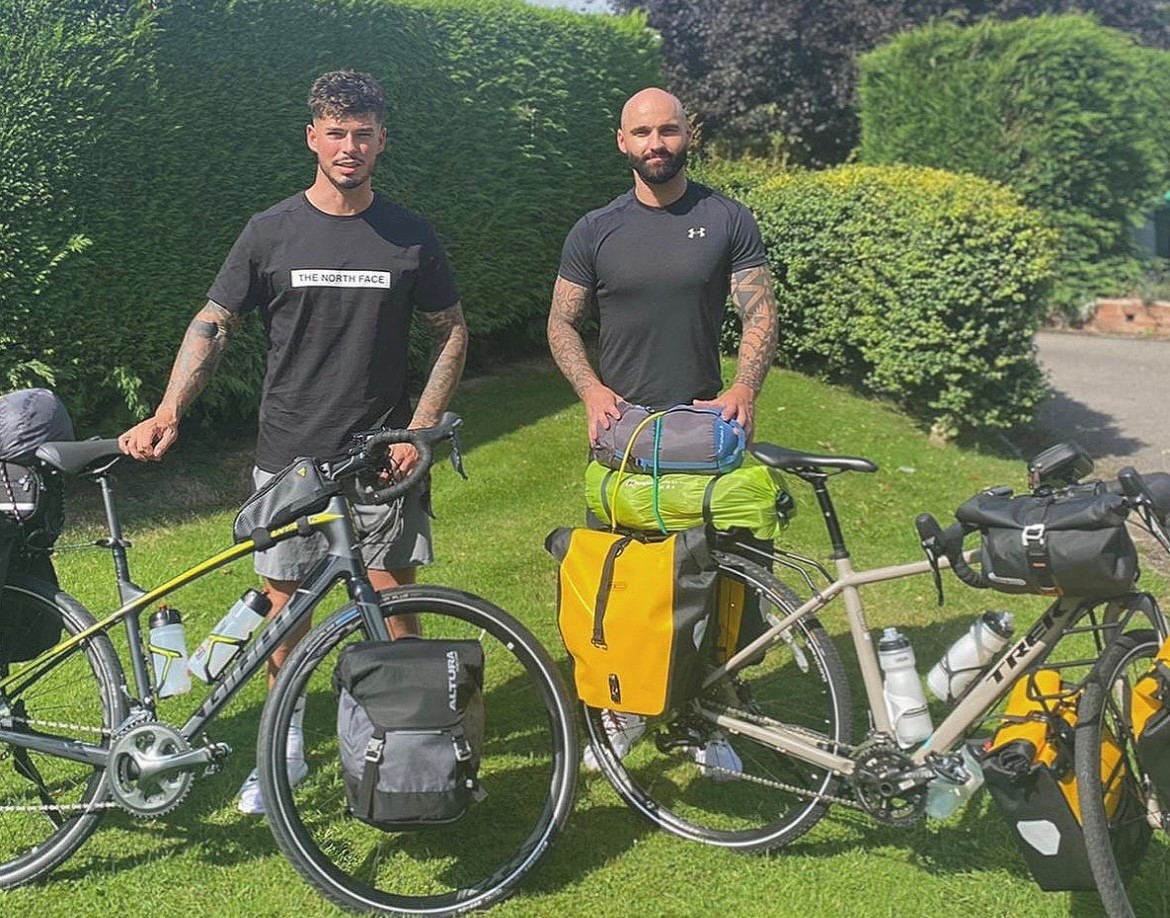 A LONG-SERVING Chirk Cricket Club player has set his sights on a huge personal achievement by cycling from Wales to Australia.

Gareth Partridge, who has represented the Chirk side since being a youth player, is taking on the challenge alongside friend Dan Jones, 31, after years of planning.

The 29-year-old expects the journey to take anything between 12 and 18 months to complete, as the pair looks to reach Sydney.

Gareth explained how the pair, who have reached Spain after setting off in mid-August, were inspired by Long Way Round and Long Way Down – a television series in which Ewan McGregor and Charley Boorman take on a similar challenge on motorbikes.

“It’s been years in the planning for us, but it’s been a case of saving up the money to do it really,” Gareth added.

“We’re just doing it as a challenge so we won’t be working along the way. We’re not racing there, we just want to enjoy the experience.

“We’re not experienced bikers really, we’ve just been building our fitness up as we go. We’re not planning too far ahead for now, we’re just taking it week by week.”

As the crow flies, the distance between Wales and Australia is more than 10,000 miles, with Gareth and Dan requiring some short flights along the journey.

For accommodation along the way, the pair are carrying camping gear with them and will be staying at campsites and wild camping, while opting for a hostel and hotel at certain points on their journey.

The already tough challenge has been made more difficult by the added weight of the camping gear so far.

Gareth said: “It’s been worse than we thought, but we’ve been managing between 60 and 80 miles a day.

“One of the summits through the Pyrenees was around 2,115 metres and that took us hours to get up and has taken longer to recover.

“We had a day off to recover after that because it was by far the toughest moment.

“It’s been really good and we’ve met a lot of cyclists who are doing different routes which has been nice.

“It’s clear from the bags on our bikes we’re going a long way, so we’ve spoken to quite a lot of people.”

People can keep up with Gareth and Dan’s journey at their Instagram page Wales2Sydney.

And they have both received words of encouragement along the way, including messages from Chirk Cricket Club which Gareth says have helped a lot.

He said: “The cricket club have been really good and the support has been great.

“They’ve known about it for a long time because it’s been something I’ve had my sights set on for years.

“It’s been delayed due to Covid the past year but the support has been brilliant and people from the club have kept in touch, which has helped even more than I thought it would have.”