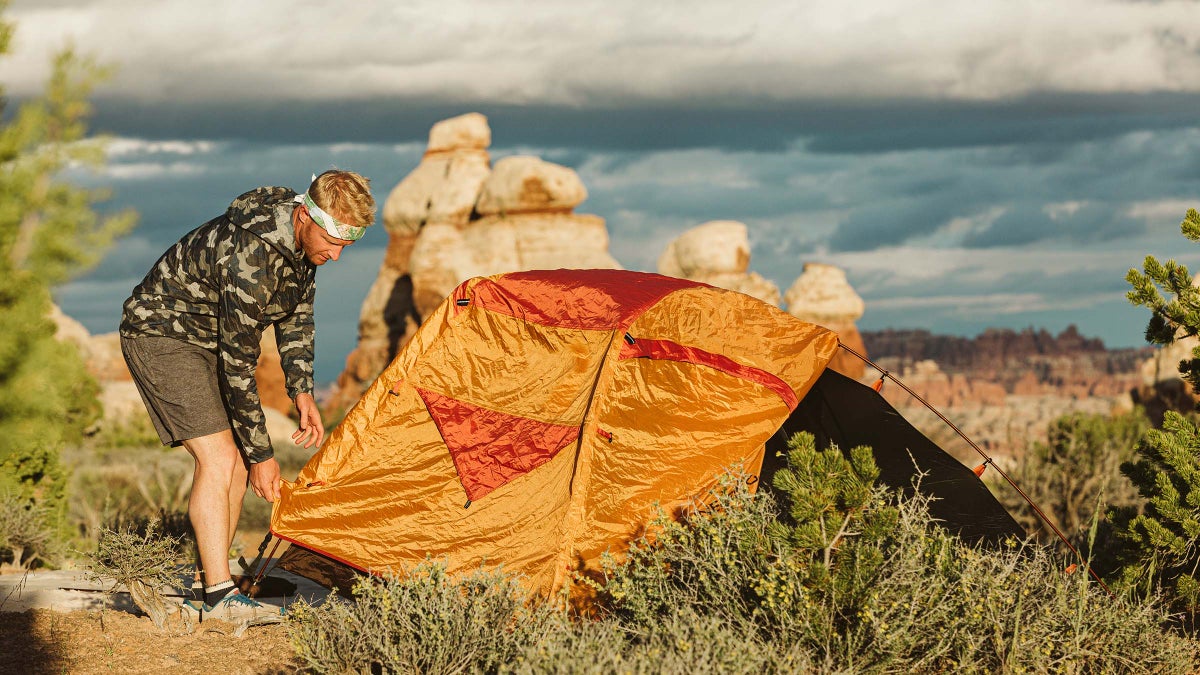 If backpackers have one thing in common, it’s this: We were all beginners at one point. Whether it was a month or a half-century ago, all of us took those first tentative steps onto the trail, blissfully unaware of what we didn’t yet know. And a lot of us learned it the hard way, whether it was by hiking in soaked clothing or having to choke down the same nasty energy bars for days in a row. We asked readers what they wished they had known when they were just getting started backpacking. Share their answers with a new backpacker and you could save them a lot of trouble.

How many mistakes can you make on one trip? I was 9 years old when my dad took me backpacking in the Smokies. He had no experience. He invited three friends, one of whom was the expert because he had once been canoeing in Minnesota.

My pack weighed 35 pounds. The adults carried 65 pounds each. For a three-day trip. We had hatchets, tripods, an iron skillet, and enough food for an army. Somehow, with all that gear, we were still unprepared. We’d packed hamburger but no stove. So we built a fire and fried the meat in the skillet, but oops—no oil—so the burgers came out like charcoal briquettes. The temperature dropped to 25 degrees at night, but our sleeping bags were rated to 40. We didn’t get much sleep.

At least we were awake for a beautiful sunrise at Myrtle Point. On the hike to the next campsite, one of our companions needed to take care of business, so he posted me as a lookout along the trail. What he didn’t know was that the trail looped around, and in hiking away for privacy he positioned himself about 20 feet from the path without knowing. At the worst possible moment, three female hikers came up the trail from the other direction, creating an embarrassing situation for all.

Dinner on the second night—dried beef and gravy mix—was too salty to eat. We were so tired, sore, and disillusioned with backpacking that we abandoned our route and hiked out to the road via the quickest route, then hitchhiked back to the car at Newfound Gap. On the way home, we vowed that we would never backpack again.

But our resolve didn’t hold up. My father would go on to hike more than 900 miles of trails in the Smokies, and I have accompanied him on many of those trips. He and I have since hiked in more than 15 national parks. We’re soon taking my children on their first backpacking trip in the Smokies—hamburger briquettes are not on the menu. —Jim Ahrman

The alcohol stove I made with a cat food can and a hole punch was light, simple and cheap. It also worked like crap. When I touched a match to it to cook dinner at New Mexico’s City of Rocks State Park, it flared up like a trash can fire. Yes, it boiled my water fast; then, it nearly singed off my arm hair when I took my pot off of it, and kept burning until it had worked its way through the denatured alcohol I had poured in. A hot tip: If cheap ultralight hacks worked as well as conventional equipment, then everyone would use them. Go for an inexpensive (and pretty light!) canister stove instead. —Adam Roy

I went on a five-day hike on the Ozark Trail in Missouri to prepare for the Appalachian Trail. The only food I packed was two dozen Power Bars. I hurt my knee on day two and had to quit, so I didn’t have to eat Power Bars for three more days. I learned two lessons that helped me on the AT: Pack good food and hitchhike when you need to! —Jason Stanley

Not Checking Your Campsite First

One of the first camping trips I can remember was near Lake Petenwell in Wisconsin. I was about 8 years old. Everything was going fine until my family woke up in the early morning covered in ants. My dad had pitched the tent on an ant hill. Needless to say, now I always check for ants. —Katie Thoresen

Not Dressing for the Weather

On a mid-March hike along the Appalachian Trail, we were unprepared for 40-mph winds and rain. Got soaked to the bone because our vinyl raingear shredded. We were forced to bail to a hotel and dayhike for the next two days. As soon as I got home, I bought a better shell. —Brad Kroeger