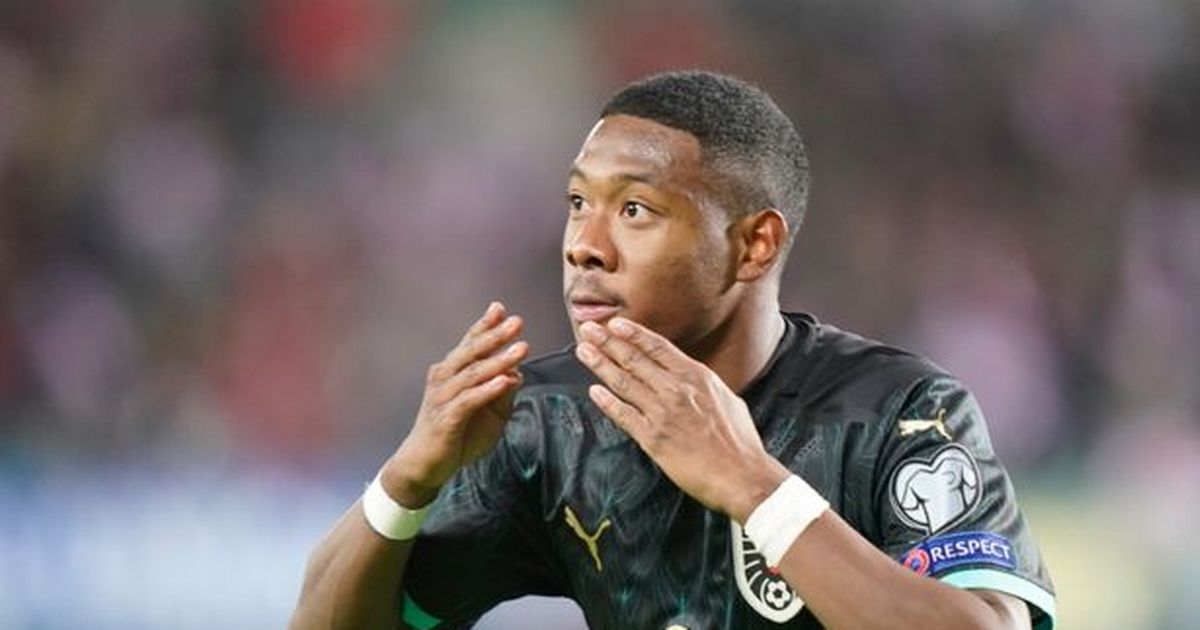 Real Madrid star David Alaba admitted ‘something is wrong’ in the Austria camp ahead of their crunch World Cup showdown with Scotland.

Scotland travel to Vienna for what is gearing up to be one of the most important games in the group, with the Scots and the Austrians involved in a three-way battle for second place with Israel, who face runaway group leaders Denmark on Tuesday.

Austria were thrashed 5-2 by Israel leading to heavy criticism for manager Franco Foda, despite their excellent showing at Euro 2020 in the summer.

And former Bayern Munich ace Alaba accepted things aren’t great in the squad after that humbling in Haifa.

He said: “If you go home with a 5-2 defeat after being the better team in the first half, then something is clearly wrong with us.

Get all the latest Sports news sent straight to your Inbox every day by signing up to our newsletter.

We cover every morsel of information regarding your favourite club in the form of articles, videos and podcasts.

The newsletter will arrive every day at 12pm, giving you a round up of the best stories we’ve covered that in the last 24 hours.

To sign up, simply enter your email address into the link here.

And if you aren’t already, make sure you join the conversation over on our Facebook groups and Record Sport Instagram.

“It was a very bitter game for us. We had plenty of chances in the first half, but couldn’t take them and we made mistakes at the back which allowed them to score simple goals.

“Then it became difficult to turn the game around.

“In my opinion, we should have been winning at half time, but we somehow managed to lose three goals.

“Credit to Israel, they did things better than we did.

“We changed the system at half time, but the tactics didn’t have anything to do with it. We left too many gaps and Israel exploited us.”

And Austria suffered a further blow after new £15 million Bayern Munich midfielder Marcel Sabitzer was ruled out of the game against the Scots.

The ex-RB Leipzig star has failed to shake off a groin strain and has pulled out of the squad for the qualifier on Tuesday.