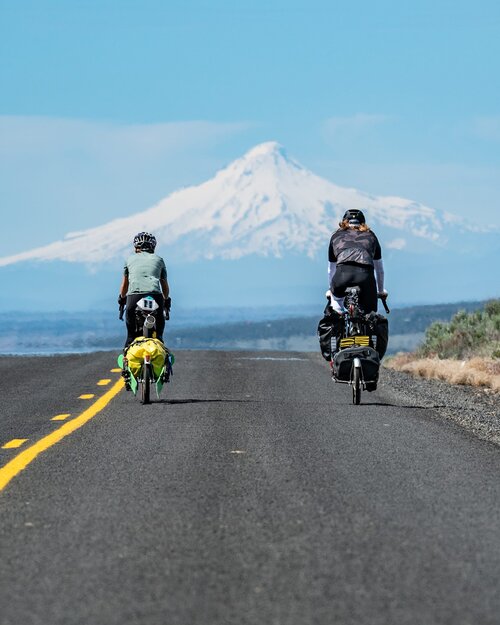 Skier Cody Townsend never liked to ask the why of things. It is uncomfortable, it creates tension, and it steals from the moment. He preferred to focus on his ambitious project of completing the 50 classic ski descents of North America.

A book of the same name outlines the challenge. He had steadily whittled away at the 50 and had completed 27 peaks in two years. Suddenly, the pandemic shut everything down.

Instead of shuttering himself inside, he decided to go out and ski peaks 28, 29, and 30. As he traveled 1,662km by bike from California to near the Canadian border, Townsend confronted that dreaded question of why he does what he does.

Townsend set out with 45kg worth of skiing and camping gear, with fellow adventurer Michelle Parker. Together, they cycled for 35 days to Mount Hood, Mount Rainier, and El Dorado Peak. Finally, they reached Mount Hood and had a smooth ski. Things seemed to be going well.

En route to Mount Rainier, their luck started to slip from their handlebars. Fatigue set in as the hills of Washington steepened. Flat tires and faulty brakes affected their bikes. Unremitting rain and snow forced them to hole up in a cabin, delaying them several days. Mount Rainier authorities also did not permit them to film their descent, but at least they were able to find relief from the monotony. 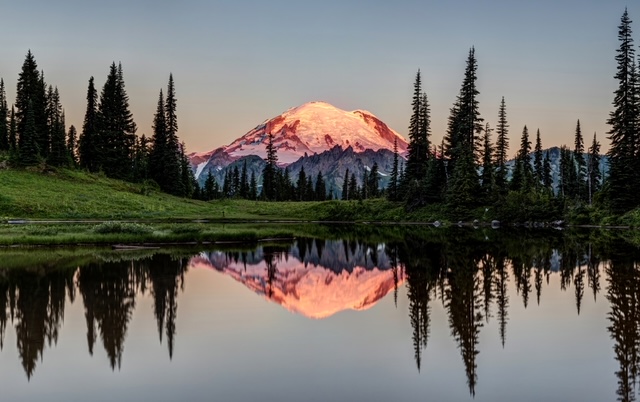 The question of why became unavoidable as they began their last leg to El Dorado Peak. Although they were in the wilderness, they weren’t completely cut off, and they felt the world erupt into rage and chaos when George Floyd died. It forced them to question themselves and the very point of their expedition.

They peddled through the cities and the forests, seeing everything change before their very eyes. After this pivotal event, they realized that they were unable to answer that why.

But to them, that was okay. They instead found meaning in staying resilient. They saw this as an achievement. Sometimes, we need hard circumstances to push us to change the way we think, and most importantly, to do better.

Kristine De Abreu is a writer (and occasional photographer) based in sunny Trinidad and Tobago.

Since graduating from the University of Leicester with a BA in English and History, she has pursued a full-time writing career, exploring multiple niches before settling on travel and exploration. While studying for an additional diploma in travel journalism with the British College of Journalism, she began writing for ExWeb.

Currently, she works at a travel magazine in Trinidad as an editorial assistant and is also ExWeb’s Weird Wonder Woman, reporting on the world’s natural oddities as well as general stories from the world of exploration.

Although she isn’t a climber (yet!), she hikes in the bush, has been known to make friends with iguanas and quote the Lord of the Rings trilogy from start to finish.