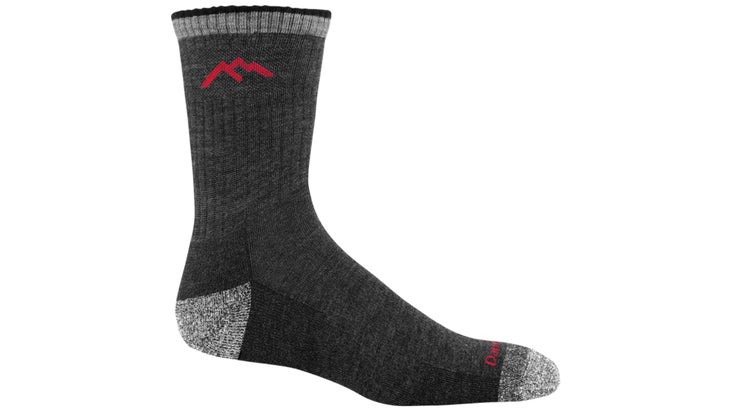 Whether it’s saving five dollars on a great pair of socks, or a significant discount on a big ticket item like a GPS watch, there’s no shortage of deals to take advantage of at REI’s Labor Day Sale. I searched for the best markdowns on outdoor gear that Outside staffers use for hiking, climbing, trail running, and relaxing around the campfire.

Declared the best hiking socks by Outside’s Gear Guy, Darn Tough’s Hikers (available in men’s and women’s) are “just damn comfy.” The micro crew height sits just slightly lower on the leg than the crew length version, so they’re versatile enough to pair with both shoes and boots. With Darn Tough’s standard level of cushioning, padding is found on key areas of the socks rather than an all-over wrap, helping reduce foot fatigue without being too bulky inside footwear. These are just solid everyday socks; great on long hikes or drinks at the pub after work. Plus, Darn Tough’s lifetime warranty is about as good a guarantee as it gets.

If you’ve had your eye on the 9 Baro, now is your opportunity to save a hundred bucks. In his long-term test, Andrew Skurka called it “the most accurate and richly featured watch in Suunto’s line, while also being the nicest to look at, wear, and use.” Among its laundry list of features, the multisport GPS watch has an extensive battery life that endurance athletes will appreciate (up to 120 hours in Ultra mode), a built-in barometer, wrist-mounted heart rate monitor, easy-to-read screen that displays up to seven data fields, over 80 sport modes, and an impressive level of customization.

Reviews editor Jeremy Rellosa called the Black Diamond Storm Headlamp “a vital part of [his] loadout.” This 400-lumen headlamp allows you to switch between three output settings (high, medium, and low) along with three different night vision modes, and the battery meter lets you track how much run time you’ve got left, so you won’t unexpectedly find yourself in the dark (high output will get you around five hours of light). The Brightness Memory feature is handy, too, allowing you to turn the headlamp on and off at your desired brightness level without having it revert to its full power default setting.

Outside’s managing director added the Petzl Luna climbing harness to her V-day wishlist because “it comes with wide loops that are cushy with extra padding.” The women-specific fit has a longer rise and better contours to the lower back and hips, which helps distribute weight and makes for a more comfortable climb. The harness is suitable for rock, ice, and gym climbing, plus the kit comes with a GriGri belay device and locking carabiner.

The streamlined design and carbon fiber shafts on the Leki MCT Superlite poles allow for light, fast, and precise movement, so much so that Outside’s senior gear editor Ariella Gintzler has these in her mountain running kit. These fixed-length folding poles save weight by ditching traditional locking mechanisms, and the simple push-button makes for a quick break down. The grips are the coolest feature: breathable mesh gloves click in and out of the trigger quick-release system in a matter of seconds.

“Because of its comfort, the Stargaze is a staple in my car-camping kit now and the first chair I reach for during any tailgate situation,” wrote Outside columnist Graham Averill. This hammock-camp chair hybrid is perfect for lounging at the beach, attending a backyard BBQ, sitting sideline at your kid’s sporting event, or hanging around the campfire. The current iteration has an extended fit range and lower center of gravity than the previous model, providing added stability while you rock back. The flexible aluminum frame sets up quickly in a few simple steps, suspending you above the ground for the ultimate recline. There’s also a padded adjustable headrest, cupholder, little stash pocket for your phone and keys, and it folds into its carrying case for easy transport.