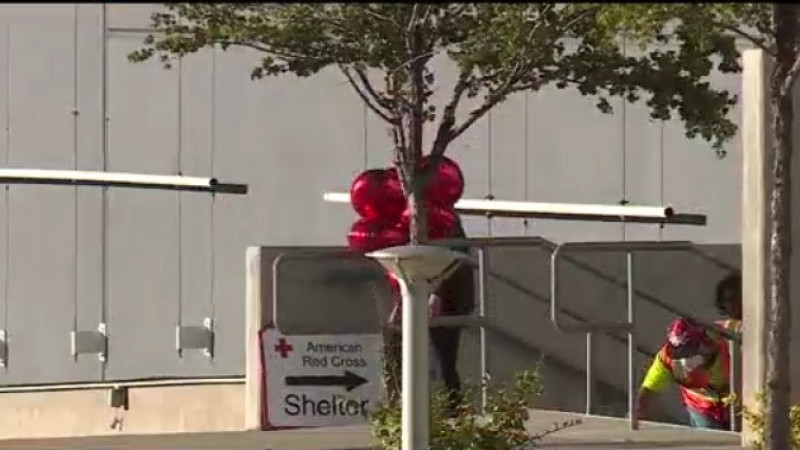 RENO (CBS13) – Californians are heading to Nevada as the latest evacuations push out thousands of people from South Lake Tahoe. Busloads of evacuees are bringing bags of belongings across state lines, seeking shelter.

READ MORE: ‘Animals Are Running For Their Lives’: Wildlife Rescue Groups Rush Animals Away From Flames

Christian Acre and 18 of his family members first went to the Gardnerville evacuation site Tuesday but were told it was closing and to go to Nevada’s Reno-Sparks Convention Center instead.

The convention center evacuation site is different from others in that it can accommodate more than double most shelters, with hundreds of spots available.

“Every site that we have open in Nevada is important because it’s closer for people to get to. This one is obviously going to be advantageous to us if we have to consolidate shelters,” said American Red Cross representative  Steve Walsh.

Some evacuees seeking shelter are still shocked they had to leave their homes.

“There has been so many fires and we get filled with smoke all the time, it didn’t seem like we were really going to evacuated,” said Reel Duncan.

Duncan and her family had a hard time leaving their home in South Lake Tahoe because of limited transportation options. Duncan said she had to bike out of the area, eventually taking a shuttle to the convention center.

“Getting all of our stuff on our bikes and juggling with riding with the cat and all the camping gear, trying to decide what’s the most important stuff just in case,” she said.

The site opened Monday night to 10 evacuees. Tuesday night, that number grew to 80.

If evacuees are looking for something for their kids to do, the Nevada Discovery Museum, Reno is offering a free day camp for kids that runs between 9 a.m. to 3 p.m. Lunch is included.