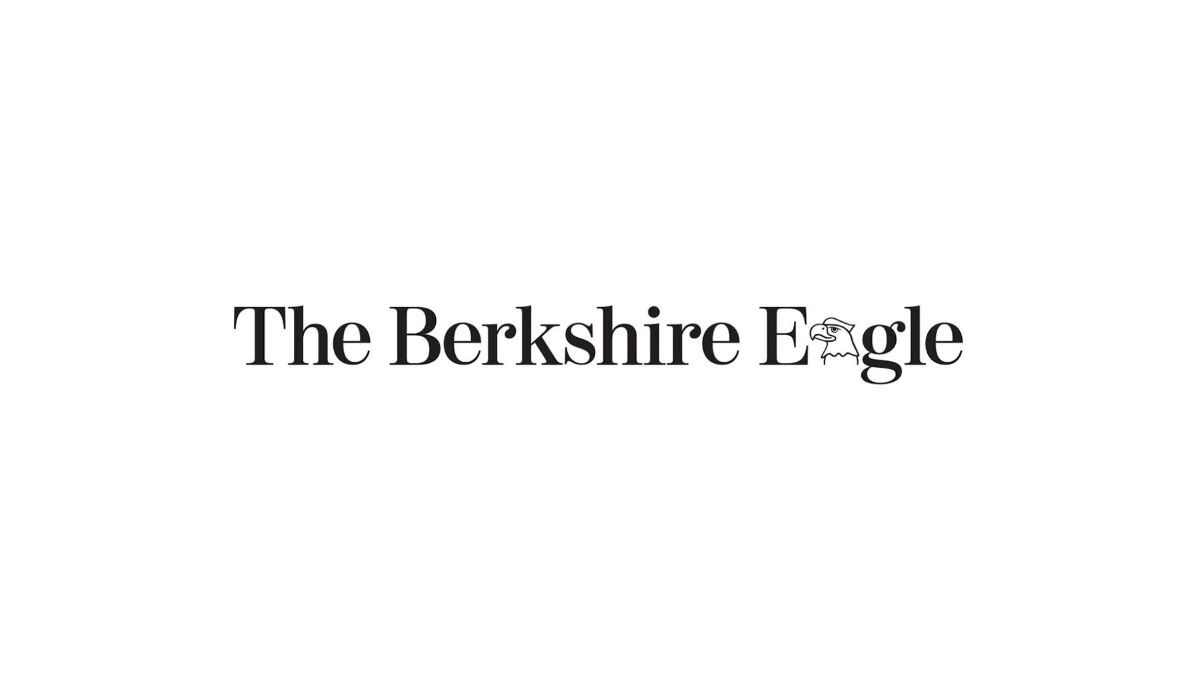 WASHINGTON (AP) — The United States completed its withdrawal from Afghanistan late Monday, ending America’s longest war and closing a chapter in military history likely to be remembered for colossal failures, unfulfilled promises and a frantic final exit that cost the lives of more than 180 Afghans and 13 U.S. service members, some barely older than the war.

Hours ahead of President Joe Biden’s Tuesday deadline for shutting down a final airlift, and thus ending the U.S. war, Air Force transport planes carried a remaining contingent of troops from Kabul airport. Thousands of troops had spent a harrowing two weeks protecting the airlift of tens of thousands of Afghans, Americans and others seeking to escape a country once again ruled by Taliban militants.

In announcing the completion of the evacuation and war effort. Gen. Frank McKenzie, head of U.S. Central Command, said the last planes took off from Kabul airport at 3:29 p.m. Washington time, or one minute before midnight in Kabul. He said a number of American citizens, likely numbering in “the very low hundreds,” were left behind, and that he believes they will still be able to leave the country.

Secretary of State Antony Blinken put the number of Americans left behind at under 200, “likely closer to 100,” and said the State Department would keep working to get them out. He praised the military-led evacuation as heroic and historic and said the U.S. diplomatic presence would shift to Doha, Qatar.

Biden said military commanders unanimously favored ending the airlift, not extending it. He said he asked Blinken to coordinate with international partners in holding the Taliban to their promise of safe passage for Americans and others who want to leave in the days ahead.

NEW ORLEANS (AP) — Rescuers in boats, helicopters and high-water trucks brought hundreds of people trapped by Hurricane Ida’s floodwaters to safety Monday and utility repair crews rushed in, after the furious storm swamped the Louisiana coast and ravaged the electrical grid in the stifling, late-summer heat.

Residents living amid the maze of rivers and bayous along the state’s Gulf Coast retreated desperately to their attics or roofs and posted their addresses on social media with instructions for search-and-rescue teams on where to find them.

More than 1 million homes and businesses in Louisiana and Mississippi — including all of New Orleans — were left without power as Ida, one of the most powerful hurricanes ever to hit the U.S. mainland, pushed through on Sunday.

The damage was so extensive that officials warned it could be weeks before the power grid was repaired.

As the storm was downgraded to a tropical depression Monday afternoon and continued to make its way inland with torrential rain, it was blamed for at least two deaths — a motorist who drowned in New Orleans and a person hit by a falling tree outside Baton Rouge.

KABUL, Afghanistan (AP) — Taliban fighters watched the last U.S. planes disappear into the sky over Afghanistan around midnight Monday and then fired their guns into the air, celebrating victory after a 20-year insurgency that drove the world’s most powerful military out of one of the poorest countries.

The departure of the U.S. cargo planes marked the end of a massive airlift in which tens of thousands of people fled Afghanistan, fearful of the return of Taliban rule after the militants took over most of the country and rolled into the capital earlier this month.

“The last five aircraft have left, it’s over!” said Hemad Sherzad, a Taliban fighter stationed at Kabul’s international airport. “I cannot express my happiness in words. … Our 20 years of sacrifice worked.”

In Washington, Gen. Frank McKenzie, head of U.S. Central Command, announced the completion of America’s longest war and the evacuation effort, saying the last planes took off from Kabul airport at 3:29 p.m. EDT — one minute before midnight Monday in Kabul.

“We did not get everybody out that we wanted to get out,” he said.

SOUTH LAKE TAHOE, Calif. (AP) — A popular vacation haven normally filled with tens of thousands of summer tourists was clogged with fleeing vehicles Monday after the entire resort city of South Lake Tahoe was ordered to leave as a ferocious wildfire raced toward Lake Tahoe, a sparkling gem on the California-Nevada border.

Vehicles loaded with bikes and camping gear and hauling boats were in gridlock traffic in the city of 22,000, stalled in hazy, brown air that smelled like a campfire. Police and other emergency vehicles whizzed by.

Ken Breslin was stuck in bumper-to-bumper traffic less than a mile (1.6 kilometers) from his home, with only a quarter-tank of gas in his Ford Escape. His son begged him to leave Sunday night, but he shrugged him off, certain that if an evacuation order came, it would be later in the week.

“Before, it was, ‘No worries. It’s not gonna, it’s not going to crest. It’s not gonna come down the hill. There’s 3,500 firefighters, all those bulldozers and all the air support,’” he said. “Until this morning, I didn’t think there was a chance it could come into this area. Now, it’s very real.”

The Education Department on Monday opened civil rights investigations into five Republican-led states that have banned or limited mask requirements in schools, saying the policies could amount to discrimination against students with disabilities or health conditions.

The department’s Office for Civil Rights announced the investigations in letters to education chiefs in Iowa, Oklahoma, South Carolina, Tennessee and Utah. Those states have issued varying prohibitions on mask requirements, which the office says could prevent some students from safely attending school.

Education Secretary Miguel Cardona accused the states of “putting politics over the health and education of the students they took an oath to serve.”

“The department will fight to protect every student’s right to access in-person learning safely,” Cardona said in a statement.

It marks a sharp escalation in the Biden administration’s battle with Republican states that say mask-wearing should be a personal choice. President Joe Biden last week asked Cardona to explore possible legal action, prompting the department to examine whether the policies could amount to civil rights violations.

As US military leaves Kabul, many Americans, Afghans remain

WASHINGTON (AP) — As the final five U.S. military transport aircraft lifted off out of Afghanistan Monday, they left behind up to 200 Americans and thousands of desperate Afghans who couldn’t get out and now must rely on the Taliban to allow their departure.

Secretary of State Anthony Blinken said the U.S. will continue to try to get Americans and Afghans out of the country, and will work with Afghanistan’s neighbors to secure their departure either over land or by charter flight once the Kabul airport reopens.

“We have no illusion that any of this will be easy, or rapid,” said Blinken, adding that the total number of Americans who are in Afghanistan and still want to leave may be closer to 100.

Speaking shortly after the Pentagon announced the completion of the U.S. military pullout Monday, Blinken said the U.S. Embassy in Kabul will remain shuttered and vacant for the foreseeable future. American diplomats, he said, will be based in Doha, Qatar.

“We will continue our relentless efforts to help Americans, foreign nationals and Afghans leave Afghanistan if they choose,” Blinken said in an address from the State Department. “Our commitment to them holds no deadline.”

WASHINGTON (AP) — Hurricane Ida knocked out all eight transmission lines that deliver power to New Orleans, leaving the entire city without electricity as the powerful storm pushed through on Sunday and early Monday with winds that reached 150 miles per hour. Some of the hardest-hit areas won’t see power restored for weeks. A look at what that means for the coastal city and its residents and businesses.

The hurricane blew ashore on the 16th anniversary of Katrina, the 2005 storm that breached New Orleans’ levees, devastated the city and was blamed for 1,800 deaths. The office of Louisiana Gov. John Bel Edwards said Ida caused “catastrophic” damage to the power grid, forcing hospitals, businesses and private residents to rely on generators or go without refrigeration or air conditioning even as temperatures soar to close to 90 degrees. Ida was one of the strongest storms to make landfall in Louisiana and retained hurricane status nearly to Mississippi.

Officials in New Orleans and surrounding areas were encouraging people who evacuated ahead of the storm to stay away in the immediate aftermath, because it remains unsafe to return amid downed power lines, flooded homes, snapped trees and other destruction.

WHAT WILL IT TAKE TO GET POWER BACK?

NEW YORK (AP) — After several days of testimony from women claiming they were groomed and sexually abused by R. Kelly, a man took the witness stand at Kelly’s sex-trafficking trial in New York City on Monday to say the R&B star exploited him in the same way when he was a high school student.

The witness, testifying in federal court in Brooklyn without using his real name, told a jury how Kelly lured him to his Chicago-area home in 2007 with false offers of helping him with his fledgling music career.

Kelly asked the alleged victim, then 17, “what I was willing to do for music,” the witness said. He replied, “I’ll carry your bags. … Anything you need, I’ll be willing to do.”

“That’s not it. That’s not it,” he said Kelly responded before asking him if he ever fantasized about having sex with men. He described how Kelly then “crawled down on his knees and proceeded to give me oral sex,” even though, “I wasn’t into it.”

Afterward, “he told me to keep between him and me,” he said.

CALIPATRIA, Calif. (AP) — Near Southern California’s dying Salton Sea, a canopy next to a geothermal power plant covers large containers of salty water left behind after super-hot liquid is drilled from deep underground to run steam turbines. The containers connect to tubes that spit out what looks like dishwater, but it’s lithium, a critical component of rechargeable batteries and the newest hope for economic revival in the depressed region.

Demand for electric vehicles has shifted investments into high gear to extract lithium from geothermal brine, salty water that has been overlooked and pumped back underground since the region’s first geothermal plant opened in 1982. The mineral-rich byproduct may now be more valuable than the steam used to generate electricity.

California’s largest but rapidly shrinking lake is at the forefront of efforts to make the U.S. a major global player in the production of lithium. Despite large deposits of the ultralight metal in the U.S., Nevada has the country’s only lithium plant, and U.S. production lags far behind Australia, Chile, Argentina and China.

Decades of environmental ruin have left some residents on the Salton Sea’s receding shores indifferent or wary. They have been disappointed before, most recently by solar plants that failed to be the economic engine many hoped.

The Salton Sea formed in 1905 after the Colorado River breached a dike and two years of flooding filled a sizzling basin, earning it the nickname “The Accidental Sea.” In the 1950s, the lake thrived as a tourist destination, drawing anglers, boaters and celebrity visitors including Frank Sinatra.

WASHINGTON (AP) — Despite a few high-profile conservation success stories – like the dramatic comeback of bald eagle populations in North America – birds of prey are in decline worldwide.

Other species are in danger of becoming locally extinct in specific regions, meaning they may no longer play critical roles as top predators in those ecosystems, said Gerardo Ceballos, a bird scientist at the National Autonomous University of Mexico and co-author of the study published Monday in the journal Proceedings of the National Academy of Sciences.

“The golden eagle is the national bird of Mexico, but we have very few golden eagles left in Mexico,” he said. A 2016 census estimated only about 100 breeding pairs remain in the country.

Harpy eagles were once widespread throughout southern Mexico and Central and South America, but tree cutting and burning has dramatically shrunk their range.