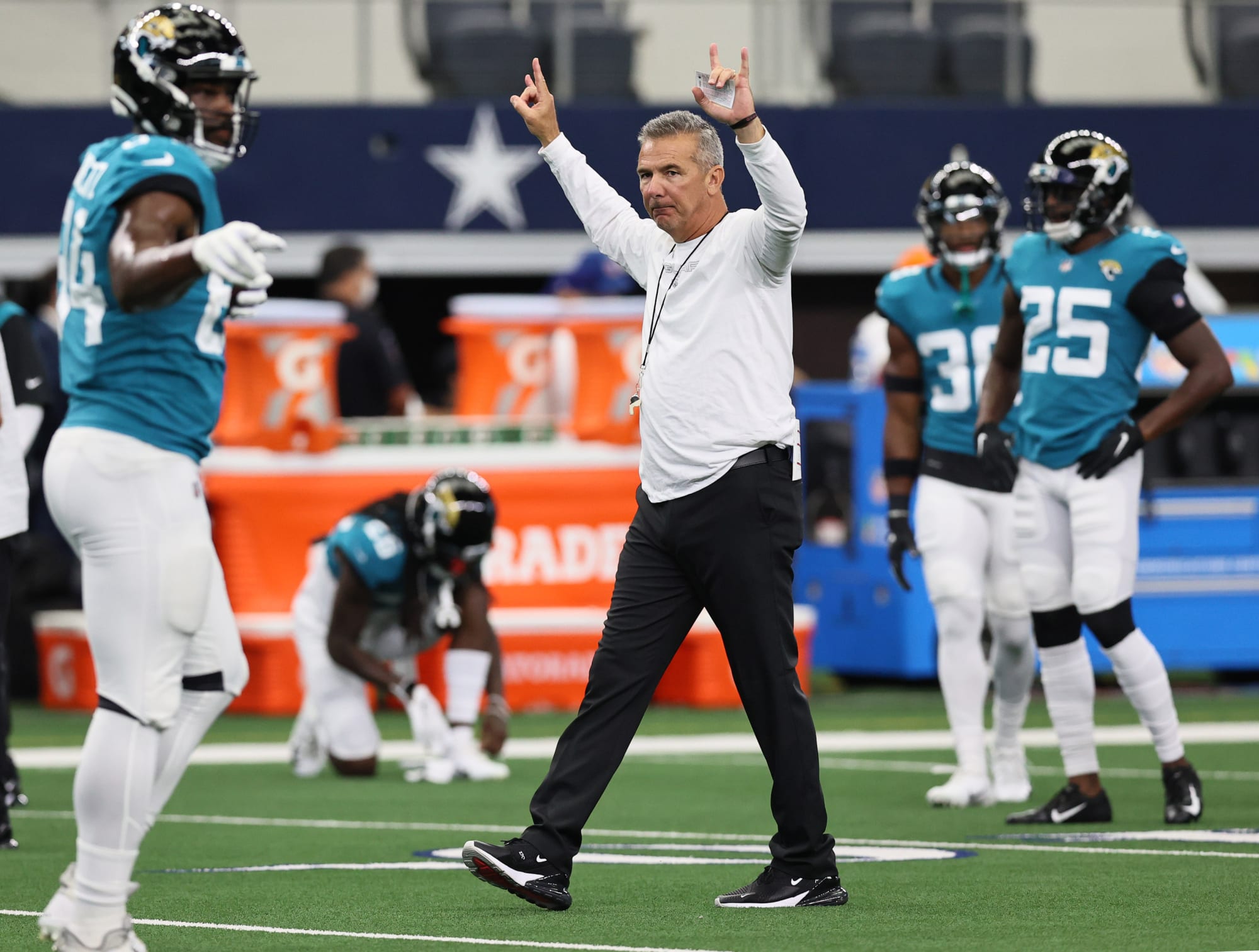 The Jacksonville Jaguars beat the Dallas Cowboys 34-14 in Week 3 of the preseason and put an end to a two-game losing streak. Here are a few takeaways from the preseason finale.

It was encouraging to see the Jaguars score touchdowns in two of their first three possessions. Before the preseason finale, they had only tallied three first-half points. Rookie quarterback Trevor Lawrence showed what he can do when he has time to throw the ball.

Lawrence was accurate and displayed superb ball placement, going 11-of-12 for 139 yards with two touchdowns and a passer rating of 154.5. Before Sunday’s game, some questioned head coach Urban Meyer’s decision to hold a quarterback competition between the rookie passer and Gardner Minshew. If Lawrence’s play carries over into the regular season, nobody will continue to double-guess the head coach’s decision to have the quarterbacks split reps during training camp.

Dallas Cowboys quarterback Cooper Rush isn’t the kind of player that will keep defensive coordinators awake the day before the game. However, it was encouraging to see the Jaguars’ defense contain him and Garrett Gilbert. The Jaguars’ defense took a step in the right direction and allowed two touchdown receptions and 196 passing yards. Keep in mind that the second one came in garbage time with less than two minutes left in the fourth quarter and the game out of reach.

The Jacksonville Jaguars have a solid backup in CJ Beathard.

C.J. Bearhard was also solid, connecting with the recently acquired Devin Smith for a 45-yard reception in his first drive at the helm. He then threw a touchdown pass to Jeff Cotton Jr. that was overturned. Nevertheless, he didn’t shy away from attempting downfield throws and targeted him once again in the next drive for a 30-yard completion.

Even though Beathard threw an interception towards the end of the first half, he showed he showed a willingness to take shots downfield. Although it’s too early to say whether trading Minshew was the right decision, it looks like the Jaguars have a solid backup in the former San Francisco 49er.

All in all, Cotton hauled in three receptions for 66 yards and one touchdown. Meanwhile, Beathard went 5-of-10 for 86 yards and one interception. The Jaguars were leading 20-7 at the end of the second quarter. This was the first time in the preseason that they went into halftime with a lead.

The Jaguars didn’t take the foot off the pedal in the second half.

Wide receiver Laquon Treadwell has made the most of his chance with the Black and Teal. He made an impression in training camp and had a solid performance in Week 3 of the preseason, hauling in two receptions for 14 yards and a trip to the endzone. Moreover, he logged a special teams tackle.

Second-year quarterback Jake Luton also had a solid performance, completing 16 of 18 passes for 137 yards and one touchdown. With Gardner Minshew out of the picture, he should be a lock to make the team (unless the Jags decide to carry only two quarterbacks).

Devine Ozigbo had the most carries of any Jaguars running back and made the most of them. He toted the rock 11 times for 68 yards and one touchdown. It will be interesting to see if it was enough to secure a spot on the final 53-man roster.

Although preseason games don’t count in the standings, the Jacksonville Jaguars will enter the regular season on a high note. They will face the Houston Texans in the season opener on September the 12th.