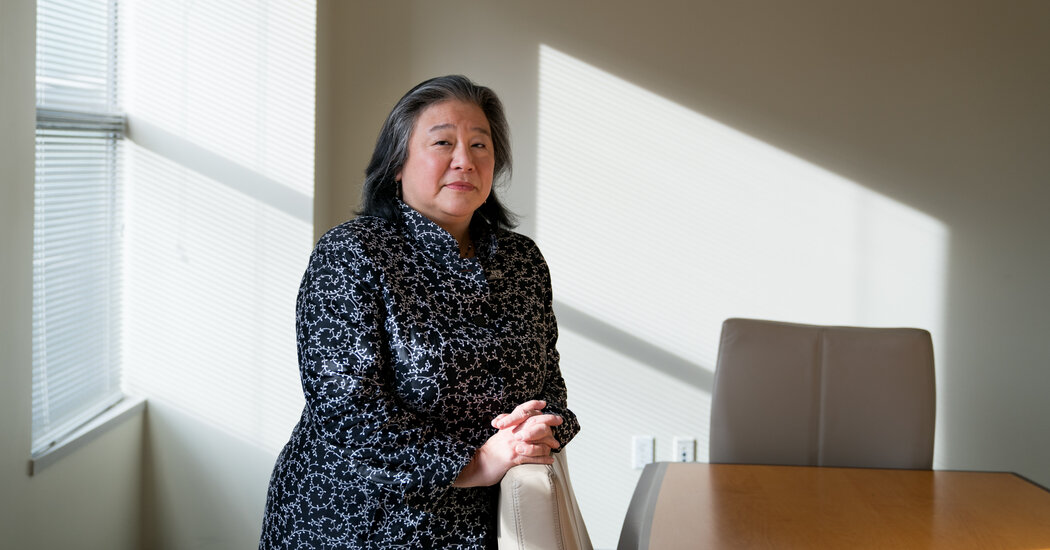 The chief executive of Time’s Up, the prominent anti-harassment charity, resigned on Thursday, the latest fallout in a crisis that threatens the organization’s survival.

For weeks, the group has been in upheaval over what some survivors of sexual abuse have called a fundamental betrayal: Its leaders appear to have allied more closely with former Gov. Andrew M. Cuomo, who faces sexual harassment allegations from 11 women, than with the first accusers to come forward.

Tina Tchen, who had led the group since 2019, said in a statement that her “position at the helm of Time’s Up has become a painful and divisive focal point.”

Explaining her decision to step aside, she said, “Those very women and other activists who should be working together to fight for change are instead battling each other in harmful ways.”

Founded after the Harvey Weinstein revelations, backed by influential women including Oprah Winfrey and Reese Witherspoon, Time’s Up has been in what its own vice chair recently called an “existential crisis” over its mission. The board chair, Roberta Kaplan, also resigned over the Cuomo matter. Powerful backers like Shonda Rhimes have tried to rally support and reboot. Staff members have complained about lack of direction, and outside critics have questioned whether the organization has strayed from its founding motives.

“How could @TimesUpNow have allowed itself to jeopardize the safe & powerful space it was building to protect & empower survivors?” tweeted Alessandra Biaggi, a state senator in New York who has worked on sexual harassment legislation.

The departure of Ms. Tchen — who served as Michelle Obama’s chief of staff in the White House — raises as many questions for Time’s Up as it resolves. She was a proponent of the organization’s initial, bold mission: for female power players to use their connections for good. In her departing statement, Ms. Tchen endorsed that approach again. “We cannot just shout on the outside for change without helping companies, government leaders and policymakers find the solutions to do better,” she said.

But when dealing with Mr. Cuomo’s office — and in other instances — that strategy proved compromising. Ms. Kaplan and Ms. Tchen provided feedback on an unpublished opinion column that smeared Mr. Cuomo’s first accuser, Lindsay Boylan. Ms. Kaplan, a lawyer, also consulted with a top Cuomo aide about how strong a stand Time’s Up should take on the allegations, The Times recently reported. And Ms. Tchen told colleagues to “stand down” from releasing a statement in support of Ms. Boylan, according to text messages obtained by The Washington Post.

Almost since the inception of Time’s Up in 2018, its small staff had expressed concerns about the expanding direction and unclear mission of the organization, and the ways in which Ms. Tchen and others operated. In June 2020, employees took their worries directly to Ms. Tchen, telling her that they believed they had strayed too far from the people they were supposed to be helping, survivors of sexual misconduct. (A separate branch, the Time’s Up Legal Defense Fund, provides legal support to victims.)

Now, Monifa Bandele, an experienced nonprofit executive, will lead the organization on an interim basis. On Thursday, the board said it would pursue an “an independent investigation into how we work and how we can best accomplish our mission.”

“We remain committed to the work Time’s Up was founded to pursue: safe, equitable and dignified work for all women,” the board said in a statement.

The National Women’s Law Center announced on Friday that the Time’s Up Legal Defense Fund would end its contract with public relations firm SKDK — a move that puts more distance between the Legal Defense Fund and Time’s Up. SKDK currently manages the defense fund’s program that matches harassment and assault survivors with public relations professionals. The law center will soon take over that responsibility.

In a statement, the law center called the SKDK team’s commitment to the Fund’s goals “unparalleled,” but it made the decision to part ways “to ensure that the independence of our work is clear to the survivors we serve.”

The decision follows revelations about the Time’s Up board member and SKDK managing director Hilary Rosen’s involvement in the group’s response to the first Cuomo allegations. A SKDK spokesperson said in a statement, “We are grateful that they will now take on this role.”

Publicly, the board has resolved to rebuild Time’s Up. But several members said it would be a challenge. Morale is cratering. And the board and the staff do not agree about a fundamental question raised by the Cuomo scandal: How close can the organization get to power without being tainted?

Some staff members and outside critics think that Time’s Up requires a systemic change beyond the recent resignations, according to interviews. “Tina is just simply a symptom,” said Alison Turkos, a survivor advocate who spearheaded an open letter this month calling for an investigation of the group and more accountability.