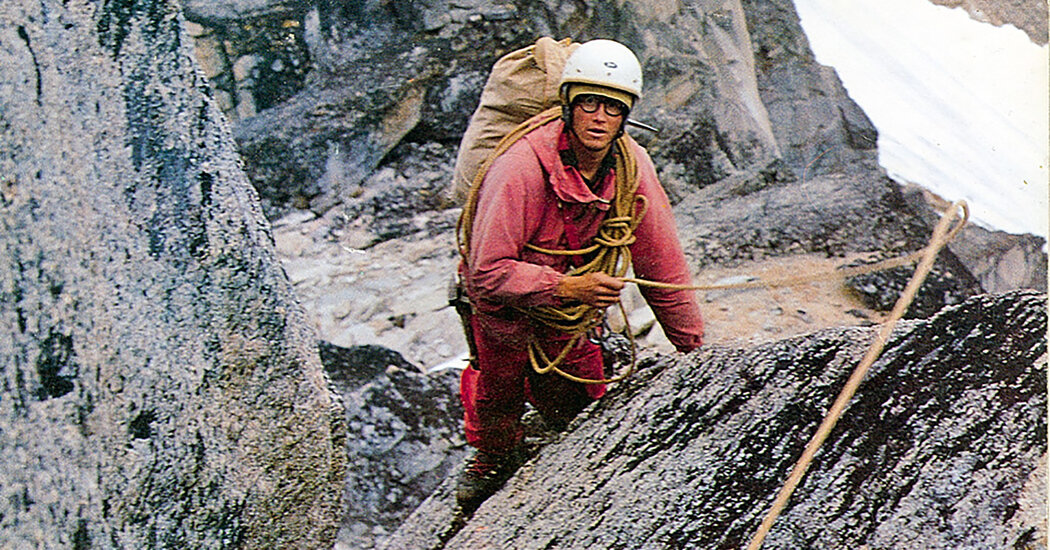 “He didn’t just help my career — he created my career,” Mr. Krakauer said. “He cut the trail and sent me down it.”

David Stuart Roberts was born on May 29, 1943, in Denver. His father, Walter Orr Roberts, an early climatologist who studied the effects of global warming, was founder of the National Center for Atmospheric Research, in Boulder. David’s mother, Janet Smock Roberts, was a city councilwoman there for nearly two decades.

David graduated from Boulder High School, then studied math at Harvard, receiving a bachelor’s degree in 1965. Shortly before he had left for college, he was climbing near Boulder with a childhood friend when the friend fell to his death. While at Harvard, he was climbing New Hampshire’s Mount Washington when two nearby climbers were killed in falls.

“At 22 I had been the firsthand witness of three fatal accidents, costing four lives,” Mr. Roberts wrote in Outside magazine in 1980, adding, “The question ‘Is it worth the risk?’ was not one any person could answer by consulting only himself.”

The issue of risk weighed on him throughout his career.

Mr. Roberts tackled it directly in a 2006 memoir titled, “On the Ridge Between Life and Death: A Climbing Life Reexamined.” He acknowledged being “compulsive, driven, self-absorbed, competitive and emotionally distant, traits often shared by serious mountaineers,” Florence Williams wrote in The New York Times Book Review. “Now, in his 60s and mellower, he decides to reckon with the demons of his risky past.”

Mr. Roberts and a few other like-minded adventurers at the Harvard Mountaineering Club planned daunting pursuits in Alaska, like a new route up the sheer Wickersham Wall — climbed for the first time a year before — on the way to the summit of Denali, North America’s tallest mountain, in 1963.

“What Dave had was the vision and drive to do that kind of climb,” said Matt Hale, who was part of the expedition. “That translated — the same drive — to the books he wrote.”