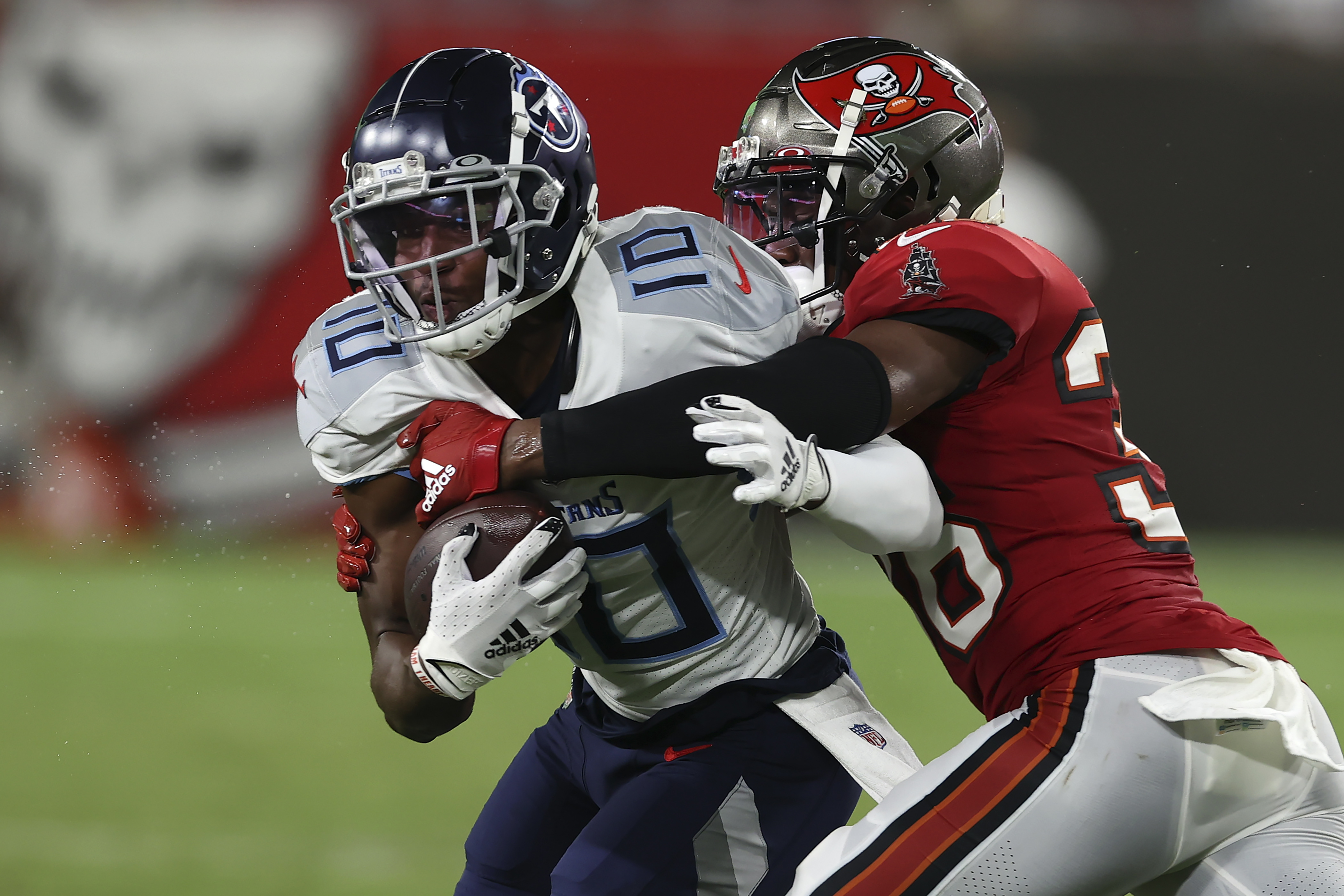 –Returning: WR Julio Jones returned to practice. He was in full gear and participated in half-speed 11-on-11s, even catching a few passes (Ben Arthur, The Tennessean). A.J. Brown left early after an individual period and did some work on the side (Davenport).

-Davenport: “Elijah Molden made a brilliant INT on the 2nd play of team period. Ryan Tannehill was looking for Cam Batson on the post. Molden out jumped Batson and snatched it out of the air.

-Davenport: “Dez Fitzpatrick got behind Kristian Fulton on a post. Tannehill launched a BOMB and Fitzpatrick ran it down before pulling away from Fulton for the long TD.”

-Davenport: “Geoff Swaim and Monty Rice got into a little bit after a play during 7 on 7.”

-Davenport: “Defense refused to allow the offense to run the ball during team period. Naquan Jones, Denico Autry among others up front made plays in the backfield.”

-Sam Ficken made five of his seven attempts, with misses coming from 42 and 51 yards (Terry McCormick, Titan Insider).