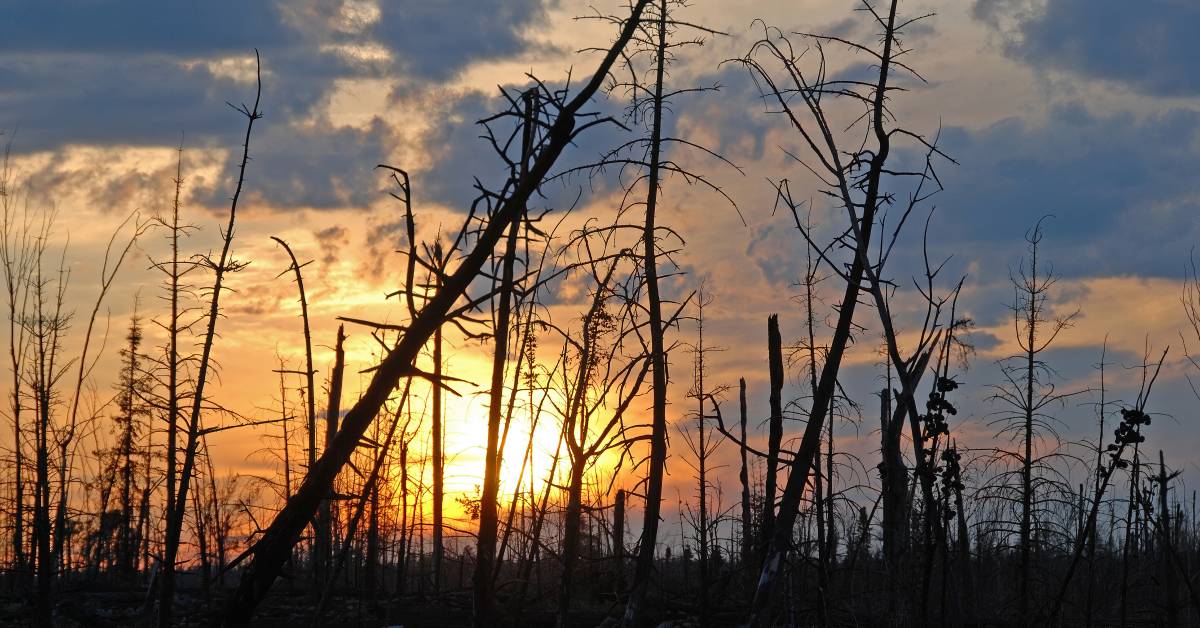 As the Greenwood, John Elk, and Whelp Fires continue to burn, the U.S. Forest Service in Superior National Forest closed the Boundary Waters Canoe Area Wilderness for at least 7 days.

To ensure the safety of visitors and “allow our fire crews to focus on responding to existing fires and new starts,” the U.S. Forest Service (USFS) in Superior National Forest this weekend issued a 7-day full closure of the entire 1 million-acre Boundary Waters Canoe Area Wilderness (BWCAW). The closure will remain in effect through August 27 and includes the “safe and orderly” evacuation of visitors currently in the BWCAW.

Connie Cummins, forest supervisor for Superior National Forest, said the emergency closure is the result of fires the USFS has been battling since spring and “drought conditions we have not seen to date.”

The move comes as three major fires in the area continue to burn: the nearly 9,000-acre Greenwood Fire, the 750-acre John Elk Fire, and the 50-acre Whelp Fire — all of which pose a danger due to hot and dry conditions, gusty winds, and difficult access for fire crews, according to InciWeb.

To combat the blazes, most of which spawned from lightning strikes on the parched landscape, officials have employed aerial water drops by plane to suppress the spread and local logging crews to help remove as much timber fuel as possible.

Just north of Greenwood Lake, some 385 personnel continue to fight the Greenwood Fire, by far the largest of the blazes raging in the area. InciWeb reports that crews expect to have that fire fully contained by September 1. But, “due to the difficult access and firefighter safety concerns,” ground suppression tactics have been hampered on the other fires, and there is no estimate on when they may be contained.

In a related report, the extreme drought has also resulted in a wildfire rampaging through Isle Royale, the massive island in Lake Superior just east of Superior National Forest. Park officials said the Horne Fire spans about 200 acres and forced the closure of several camping areas.

This is a developing story — stay tuned to GearJunkie for further updates.