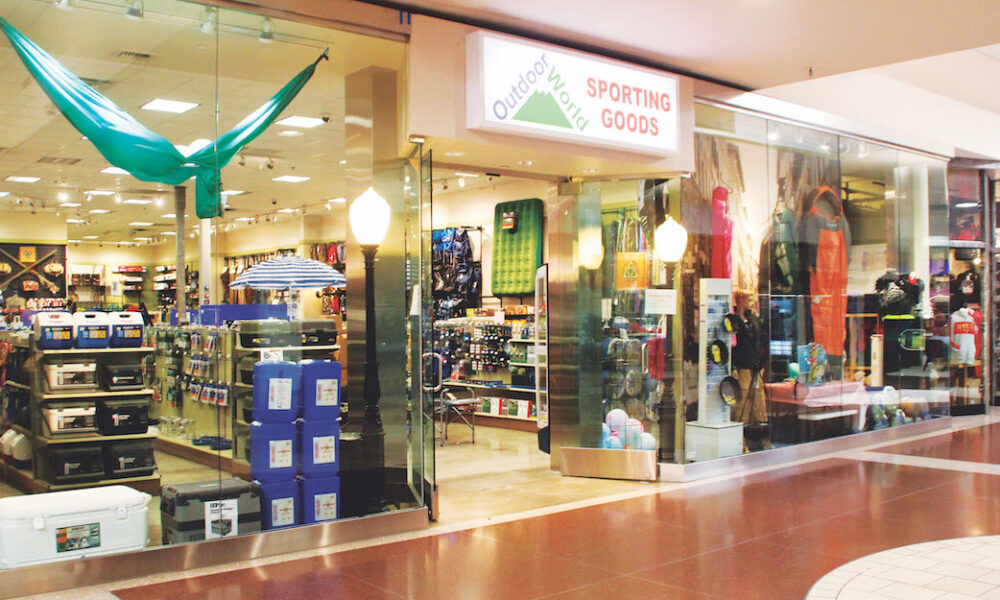 Outdoor World Sporting Goods, which has sold camping supplies in Santa Cruz County for more than a half-century, will soon close its last location in the Capitola Mall.

A large part of this comes from supply chain issues, he said.

He adds that the difficulty of doing business in California played a role.

But Thomas also says that he is nearing retirement age, which also factored into the decision.

“It’s been great for the family, and great to offer Santa Cruz the recreational activities we offer. but with all things considered it’s just become time,” he said.

Thomas says the company opened its first store on Pacific Avenue in 1969, at a time when the U.S. was beginning its push to build a nationwide series of interstate highways, and Americans were discovering the country’s national parks.

This meant that more people were seeking camping gear, which at that time was only available in military surplus stores.

“My father was a hunter-fisherman and so as a family, we went to a lot of national parks,” Thomas said.

The company opened in 1969 as Peninsula Surplus. It was rebranded as Outdoor World in 1978.

At its height, the company had stores in Santa Cruz, Capitola and Seaside, the latter of which never reopened after the closures in March.

The company tried for a fourth location in Pleasanton and Modesto, and had one in Felton and Gilroy for a time, Thomas says.

The Santa Cruz Location on River street closed recently. The final one in Capitola will stay open to sell its last merchandise, Thomas said. It’s not yet clear when that store will close.

The store is open during mall hours, Monday through Saturday 11am–7pm and Sunday 11am–6pm.