Watch Russian Military Kids at 9.30pm on SBS, and later on SBS On Demand.

They are preparing for their summer camp. A getaway to an old monastery in the Russian countryside, where the boys will spend two weeks living the life of real soldiers.

The kids from Kaskad – a military training club for local youth – have grown up in the urban area of Zhukovsky, an industrial suburb around 25 kilometres outside Moscow.

The summer camp offers the boys a chance to get off the streets and into the countryside.

Gennady Korotaev is the head of Kaskad and a former military man from Spetsnaz – Russia’s special forces.

He now trains the next generation. At 18 all Russian boys undertake a full year of military service and Gennady aims to prepare them for combat. But the boys here aren’t just interested in preparing for war, they’re also looking for a step up.

“The military authorities allow them to study. This is what we really care about, the kids getting a higher education,” Gennady says.

The camp is the ultimate test for the Kaskad kids, are they tough enough for a life in the military.

The boys will experience what it is like to storm buildings, throw grenades and run for their lives.

“It all becomes clear you can already see who’s a coward, who’s a scoundrel,” Gennady says.

“Alternatively, a run-of-the-mill guy can show himself a real fighter there. And that’s what we need.” 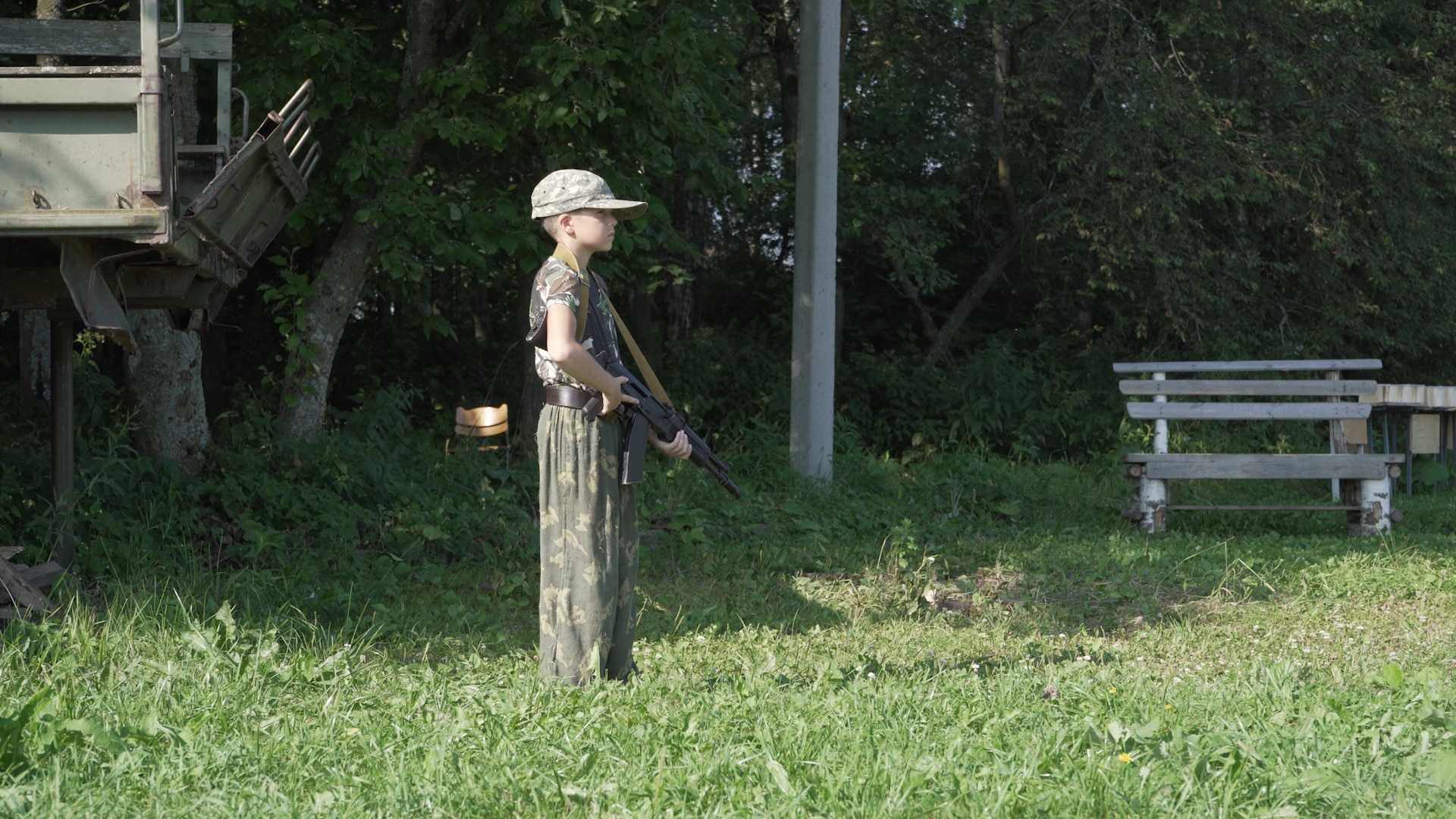 The camp is the ultimate test for the Kaskad kids.

Across Russia there are more than 5,500 community military clubs like Kaskad.

Officially many have no political affiliation, as is the case with Kaskad.

Maria Gavrilova, a social anthropologist with the Russian Presidential Academy of National Economy and Public Administration, has been studying the patriotic movement and military clubs in Russia.

She says that the army is one of the few institutions that the majority of the population continue to trust.

It is also seen as a key factor in social mobility in poorer and regional areas.

“People think that the army pays well, you have a good job and a high social status,” she says. 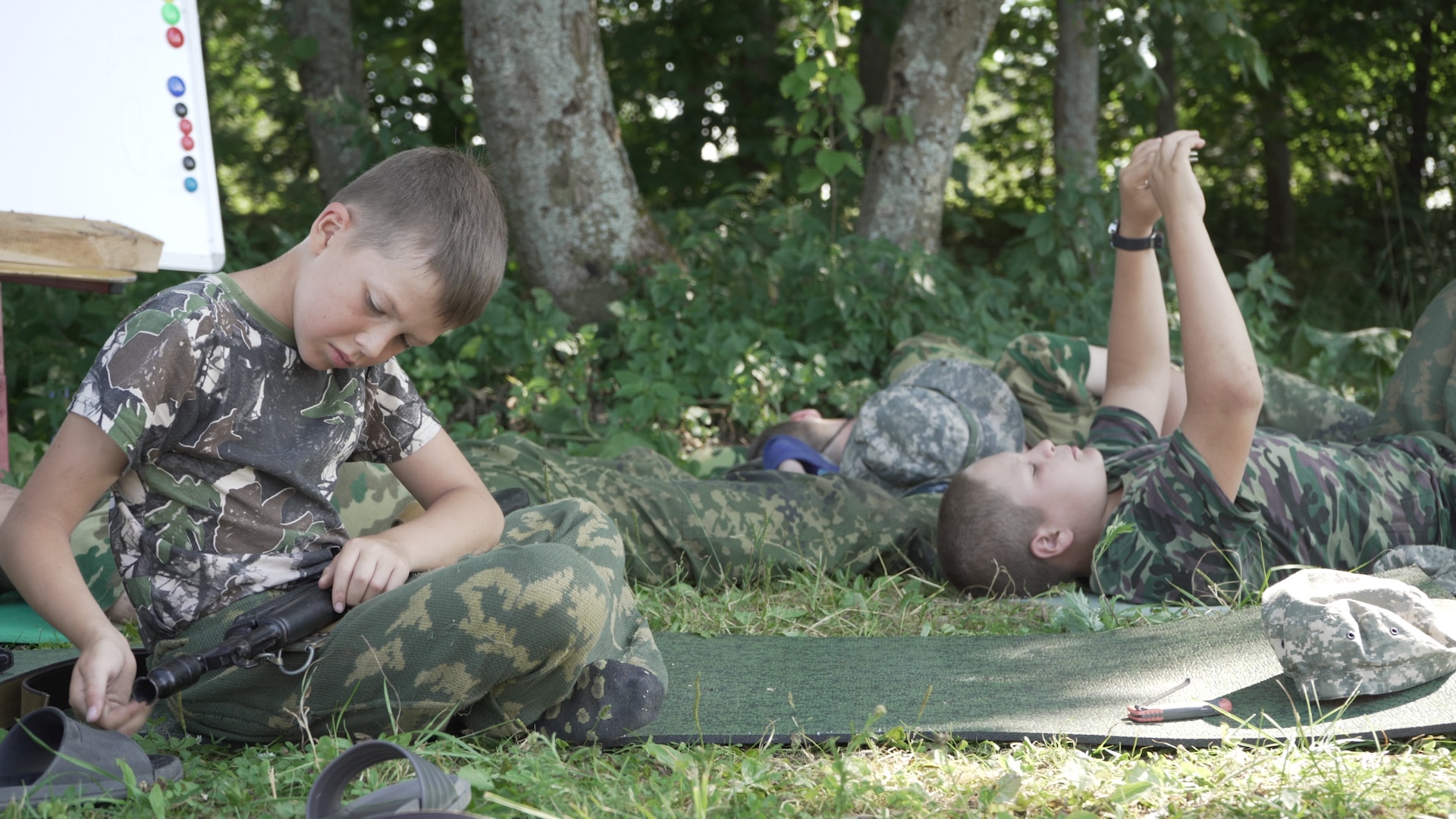 The boys will experience what it is like to storm buildings, throw grenades and run for their lives.

But some say these aspirations are being weaponised by Vladimir Putin’s government.

Between 2011 to 2013 thousands took to the streets calling for an end to unfair elections and Putin’s seemingly endless power.

Alexei Navalny became Putin’s most visible opponent. Online and on the streets, people came out to support change.

Putin clearly had a growing problem with younger generations of Russians and from this, an organisation called the Youth Army was born.

Today around 850,000 Russian children belong to the state supported club.

“The kids joined because the schools get a directive to create a cell and attract a certain number of children of a certain age. It’s those who excel in sports or at their studies. They try to tempt those kids or even push them that way.” Today, around 850,000 Russian children belong to the state-supported Youth Army.

As the Russian election looms in September, a key figure in Navalny’s Anti-Corruption Foundation, Ruslan Shaveddinov, connects with SBS Dateline from an undisclosed location.

Earlier this year the organisation was banned and declared an extremist organisation by the Russian legal system.

Ruslan says this was one of a long list of punishments that he has received for supporting Alexei Navalny.

“In 2019 my bank accounts were blocked and then some police officers stormed my apartment, I was handcuffed and sent to the Novaya Zemlya archipelago in the middle of the Arctic Ocean.”

Having been exempt from military service due to a health condition, Ruslan says he was kidnapped and forced into 12 months of living hell.

“Once a month a helicopter drops you some food, some basics like potatoes and flour and you have to live on that for a month.

“If the weather is bad you have to wait for two months. There are polar bears, but they are starving as well.”

Nearly nine months after Ruslan’s disappearance, Navalny was poisoned and then flown to Germany in a coma.

These instruments of pressure so far have not broken Ruslan’s spirit. Navalny is now imprisoned in Russia and his team in hiding.

But they intend to upset the balance of power in the Duma by using a program called “smart voting”.

“We cannot run for the elections as candidates, but we can choose (and support) other candidates,” Ruslan says.

“We can choose the most popular candidates who are not members of the ruling United Russia. It doesn’t matter who they are.”

Gennady, who is a war veteran, says he hopes that his Kaskad kids will keep out of politics.

“I think that kids should be as far away from politics as possible.

Gennady’s mission is clear. He wants to give these boys a sense of purpose, teach them how to work as a collective and to be resilient and disciplined.

Things that he thinks will make them better soldiers and stronger men.

“We’ve warned our kids to stay away (from politics). When you come of age, you can make your decisions. Right now don’t go near them and I mean both sides. Do your own stuff.”