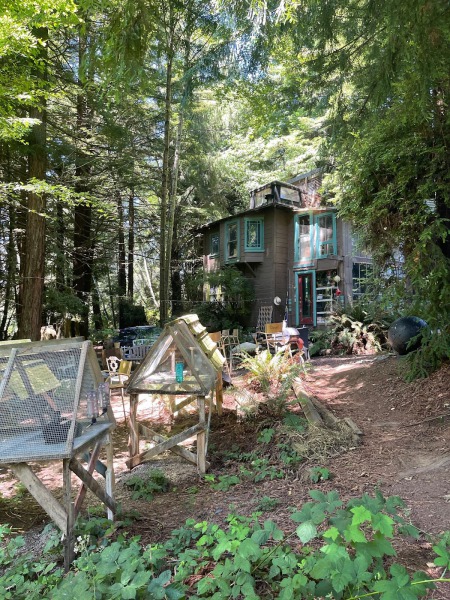 Humboldt County Code Enforcement Unit (CEU) has been working to eradicate(/demolish) the Yeehaw community in Trinidad since 2001.  The effort was paused in 2007 after the CEU held up the residents and their children at gunpoint. (https://www.northcoastjournal.com/humboldt/codes-damned-codes/Content?oid=2126751)

With the help of the Civil Liberties Monitoring Project (CLMP) that incident led to the disarmament of the CEU followed by “10 years of peace” as owner Charles Garth put it.  A mutual settlement agreement was made between the County and Garth in 2008, where Garth and the tenants agreed to not sue the county “in exchange for being left alone,” Garth explained, “The county was supposed to process my permits for alternative owner-built homes but they let it expire.”   Garth says he then followed bad legal advice to not contact the County if they didnt contact him.

In 2017 the CEU began abatement actions again against Yeehaw,  claiming Garth did not follow through with permitting or removing excess cars and junk.  Garth said the land was covered with cars and junk when he moved there 35 years ago and so far he has removed about 60 vehicles and other items, and that effort is ongoing.  Garth offered to pay the CEU a $62,000 fine that was imposed by the Board of Supervisors on February 2, but he claims the CEU told him that abatement was inevitable and $62,000 was no longer enough to cover the costs.

Yeehaw currently has twelve livable structures made out of largely recycled materials which house approximately 20 people including elderly, activists, disabled, healthcare workers, a cancer survivor, and families with young children. Residents say they have nowhere else to go and the County lacks alternative affordable housing options.

One resident facing the demolition of his home says,   “It’s as if the county thinks its safer for us to be homeless than to live here.”

Humboldt county Director John Ford says the tenants were warned to vacate in 2017 and that the community is a danger to the health and safety of its residents and the environment.

Ford stated, “I am very concerned by the people that live there …I am open to creative solutions, though this is something that’s been going on for a long long time.  I don’t want to be heartless, but on the other hand the Public Health Officer in 2017 issued an order to have all of those places not lived in anymore.  It has been a long time that everybody has known that those shouldnt be dwellings right now.”

Today Yeehaw residents are attempting to work out a peaceful resolution that allows them to stay on the land.  Charles Garth is inviting the entire community to a bbq, blockade, and carnival at Yeehaw starting Sunday, August 22 and it will be ongoing until the demolition is halted. Garth says, “Bring your camping gear, musical instruments, gas masks, and food to share.”

Yeehaw is located at 473 Quarry Rd., Trinidad, just past the Mercer Fraser Rock Quarry at the end of Quarry Rd. 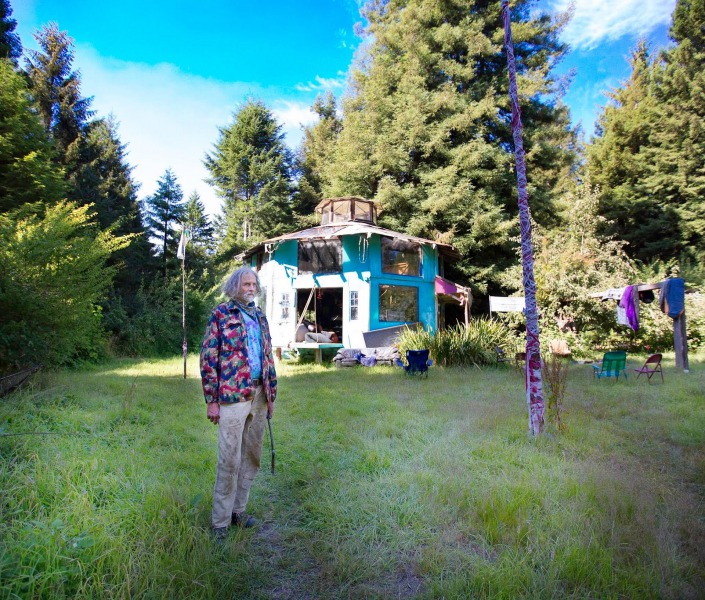 Charles Garth standing in front of one of Yeehaw’s structures and a Maypole. [Photo by Nikki Norris]