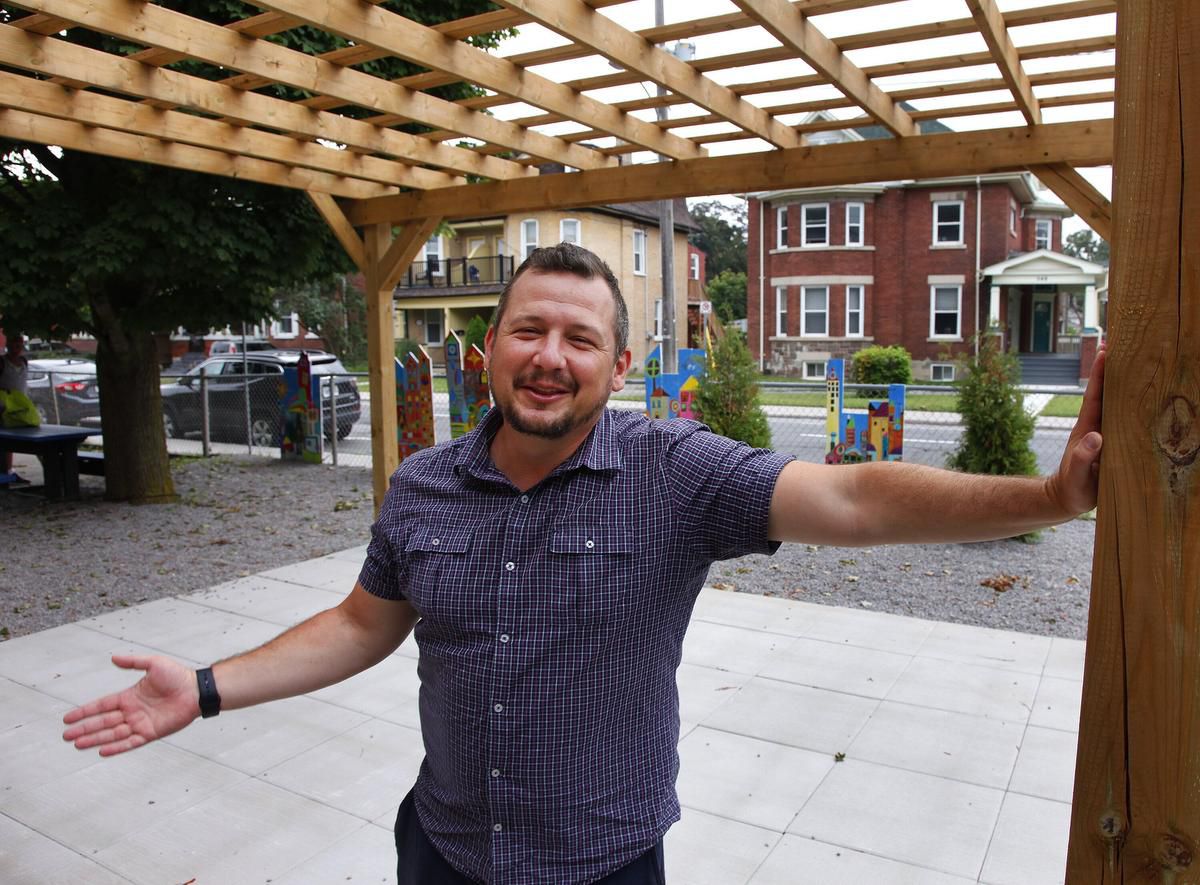 Opponents of the city’s two-year-old ban on camping in parks are calling for its repeal, saying it has targeted people experiencing homelessness.

The parks and facilities bylaw was introduced in the summer of 2019 when homeless people began camping in the county-owned Victoria Park and at St. John’s Anglican Church after the Warming Room overflow emergency shelter closed on July 1, 2019.

Both city and county councils then passed bylaws banning people from erecting a tent, shelter or hut in parks without a permit. The city only issues permits for camping in the recreational campground at Beavermead Park on Little Lake.

Between June 2020 and May 2021, an average of 106 people each month experienced homelessness but the city’s shelter system only accommodates 91 people, advocates say.

“Even if shelter beds were empty, there’s not enough room for people living outside most months,” said Christian Harvey, executive director of One City Peterborough.

This has created a criminalization of people who need shelter and either cannot or will not access the shelter services due to traumatization in their past, advocates say.

The bylaw should be repealed because of its nature and how it singles out people living rough needing shelter, Harvey said.

“Our goal is to bring awareness to this bylaw,” Harvey said.

“There’s a general understanding from the public because tent city no longer exists, we have put a dent in homelessness, which we haven’t. It has just forced people underground and forced them to hide.”

When asked by The Examiner where people can apply to get permits for camping when shelters are full, the city stated, “permits are available for recreational camping at Beavermead Campground, operated by Otonabee Region Conservation Authority.”

These homeless are usually directed, when discovered by police, social workers, or city workers, to stay in one of the city’s shelters.

In most cases when city workers or police find an encampment with nobody around, they clear everything out and move on, said Dan Hennessey, an advocate for local homeless people.

“There’s been confiscations of camping gear by the police and city workers,” Hennessey said.

“People come back to their camps; their stuff is gone. So, they (city workers, police) are not just stealing a tent or sleeping bags, they’re stealing somebody’s home.”

The shelters are full right now and people should be able to set up a tent without having to apply for a permit, he said.

“It’s a horrible situation, people don’t want to stay in shelters because they fear for their safety or the situation in shelters is really bad.”

A lot of people feel safer in tents because there is community with people you trust, he said.

The bylaw which targets setting up tents, structures or huts is punitive to people experiencing homelessness in the city, Harvey said.

“What we’ve been seeing is since the bylaw was implemented during Tent City it is an attempt to hide homelessness as opposed to addressing the issue,” he said.

The city has no plans to change or reword the bylaw because its purpose remains relevant, said Sharron Hayton, the city’s customer service co-ordinator.

“(It is) to protect and maintain parks, open spaces, publicly owned land and related facilities for the safety and shared enjoyment of the public and to protect and enhance the natural environment,” Hayton said.

People sleeping in tents or without shelter need the most help due to factors impeding their ability to find adequate housing, said Joe Hermer, a criminologist and head of the sociology department at the University of Toronto, Scarborough Campus.

“Where there is a lack of social housing and affordable housing and a lack of appropriate shelter services, sleeping outside in tents or encampments is the only space available for homeless people to survive,” Hermer said.

“We saw that very clearly during the pandemic and it continues to be the case.”

Outreach services are still the city’s approach when it comes to tenting, Hayton said.

“Connecting those in need of shelter with both shelter and other social services including housing supports, and mental health and addictions supports,” Hayton said.

She said space is still available in the shelters for people to access services for health, well-being, and housing.

But Hermer said he believes the city’s bylaw should be repealed as it pushes people to the fringes of society and criminalizes them. Repealing it would make them more visible to service providers, such as outreach, social programs and treatment services, he said.

“What’s required is properly resourced, morally neutral, outreach work. You want to establish relationships over a long period of time, establish trust and match them to the right social services and the right assistance needed.”

Hennessey also said he believes the bylaw should be repealed because he believes there was not enough community consultation around it when first proposed.