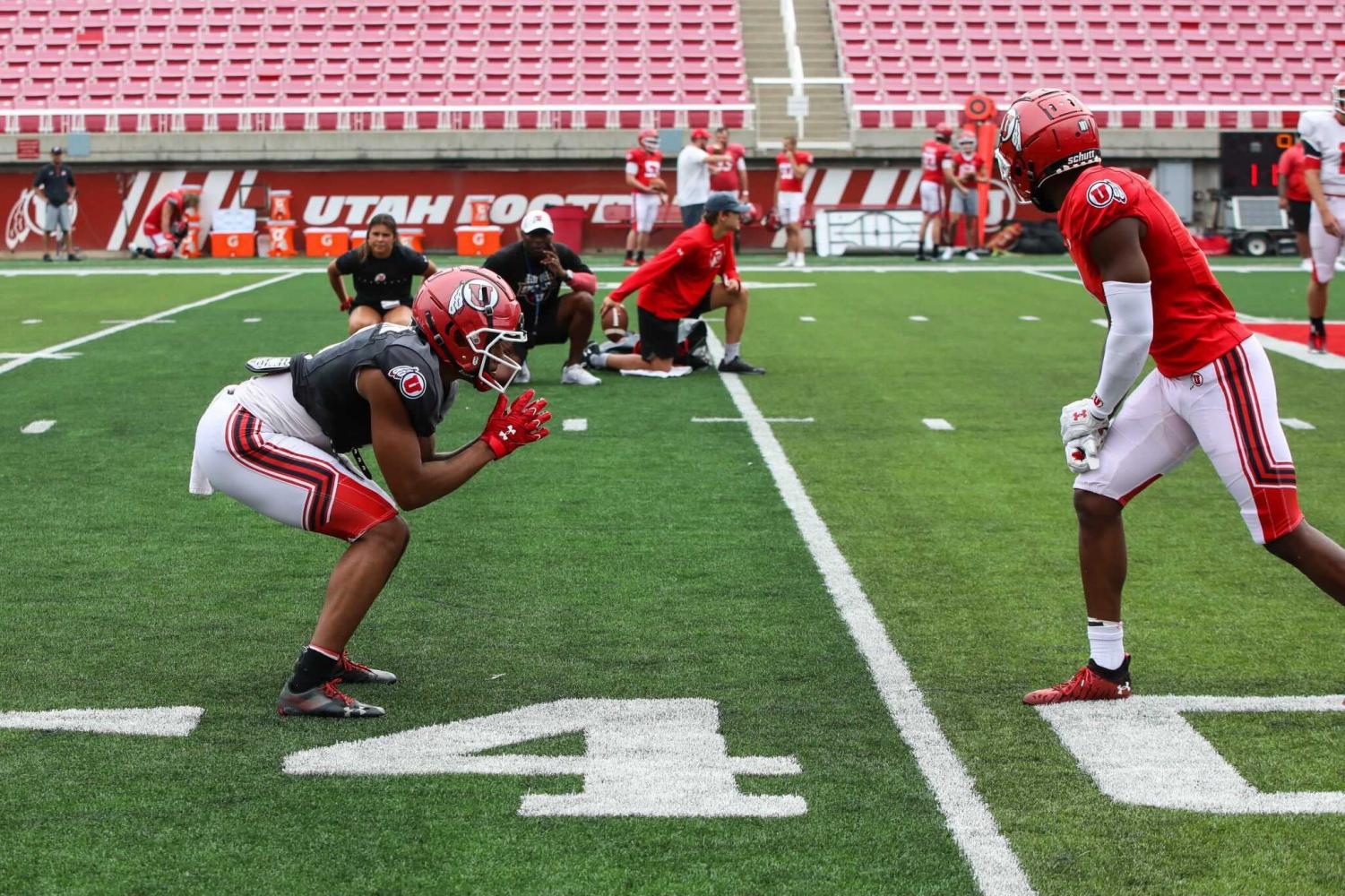 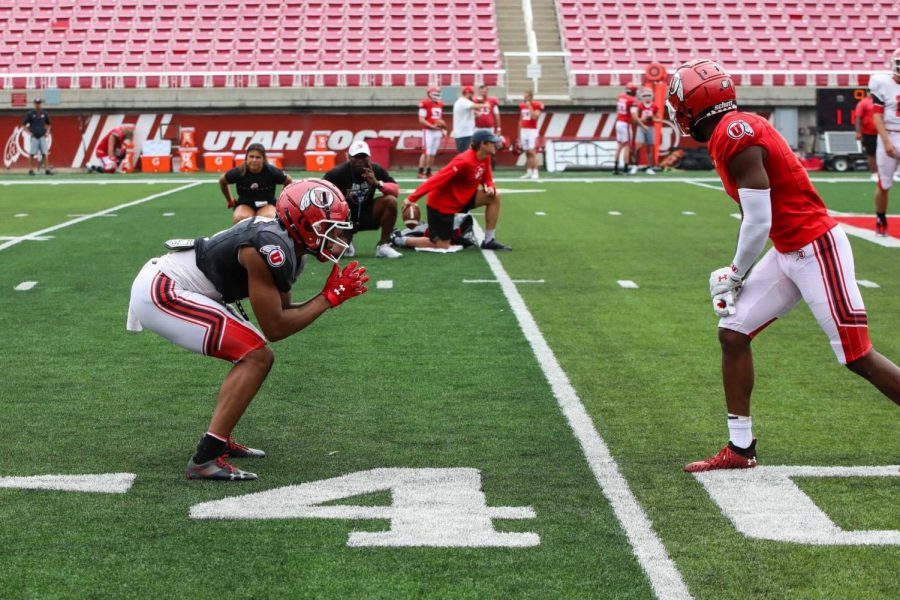 The University of Utah football team is gearing up for the season opener, which is now under two weeks away. Fall camp officially concluded on Saturday, meaning every practice from now on is focused on getting ready for Weber State on Sept. 2. The Utes are feeling good heading into the season and settling into the new Ken Garff Red Zone at Rice-Eccles Stadium.

Easily the biggest headline of the day was the ongoing quarterback battle between Cam Rising and Charlie Brewer. Head coach Kyle Whittingham confirmed that he and the coaching staff have reached a decision, but it was not an easy one.

“They’ve made it tough the entire time,” said Whittingham. “It’s going to be a close call, but we feel like we’ve got enough of a body of work now to make the call. They’re both really good players, I can tell you that, and we’ve got a good situation in that regard where we’re picking from two guys who are both very high quality quarterbacks.”

“You can’t go wrong, having a great starting and backup quarterback,” said receiver Solomon Enis. “With Charlie and Cam there’s no drop off whatsoever.”

Whittingham stressed that this has been a legitimate battle throughout the entire process, and they’ve kept it completely open between the two quarterbacks. The better player will end up winning the job, and the starter will be announced by Thursday when the team releases an official depth chart one week ahead of the season opener.

No Running Back Has Emerged as a Frontrunner

There are four running backs on Utah’s roster that could end up being the starter in Tavion Thomas, TJ Pledger, Chris Curry and Micah Bernard. Whittingham mentioned that they will likely experiment with different looks through the first couple of games before that sorts itself out.

“We feel like we have four real good ones. My guess is, I’m fairly certain that those guys will separate themselves and sort themselves out in the first game or two, and we’ll know who’s the primary guy.”

There have been a lot of comparisons between this team and the 2019 squad throughout the preseason. With the season starting soon, the players are also feeling the spark as they return to semi-normalcy after a truncated 2020 season.

“I just think the chemistry is more there this year. With everyone being vaccinated; with COVID going on we were limited last year, but this year we’ve been having more team building activities, just being around each other more,” said Enis. “But in a sense of 2019 expectations, it feels like it, but then again we have to surpass what people are putting on us. We don’t really listen to it, we have goals for ourselves, but at the end of the day we feel like we’re close as a family, [and] we know we gotta get the job done. That’s exactly how 2019 felt, but we’re trying to surpass what we did in 2019.”

Utah kicks off the season in just 12 short days. Things are beginning to come into view as final preparations take place, culminating in a long awaited announcement of the starting quarterback.