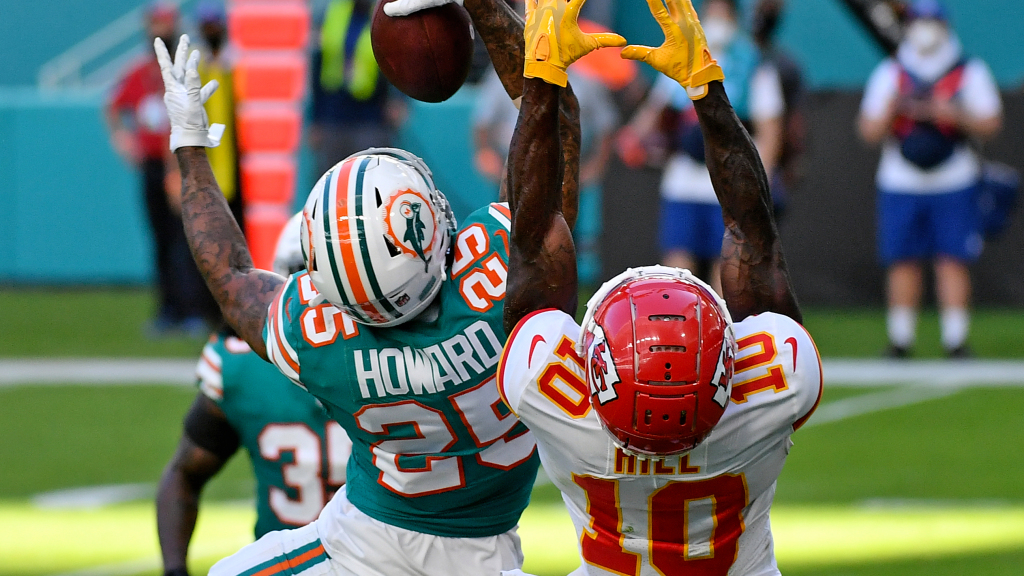 We may never know the full terms and details of why Miami chose to change gears with the free safety position this offseason — but the team acted swiftly and with authority once it had completed the acquisition of 2nd-round draft choice Jevon Holland; cutting McCain and effectively elevating Holland into his role. Veteran defender Jason McCourty may have something to say about that at the beginning of the season, but expectations for Holland are quite clear: he’s the future at free safety.

And his continued ability to make plays at training camp leaves little reason to doubt him. Holland has consistently registered turnovers since putting on the pads at camp and has secured the attention of teammate and fellow ballhawk Xavien Howard with how often he’s around the football.

“Oh, yeah. He finds the ball and the ball finds him. That’s one thing that me and him, we find the ball,” said Howard on Thursday.

“Just seeing that from a young guy, a safety, making plays on the ball, I’m just excited to have him.”

This is likely what the Dolphins envisioned they could pair with Howard when they had former 1st-round pick Minkah Fitzpatrick in the fray for Miami in 2019. Fitzpatrick clearly had other plans for his career that didn’t include a rebuilding season or a role that required him to play more than just free safety. And so perhaps it is for the best — given that Holland has tremendous tape in the nickel as well as the high post; and with time, the former Oregon Duck can be a jack of all trades whose ball skills and playmaking can shine bright from plenty of roles and alignments.

It’s safe to say the Dolphins, like Howard, are excited to have him too.