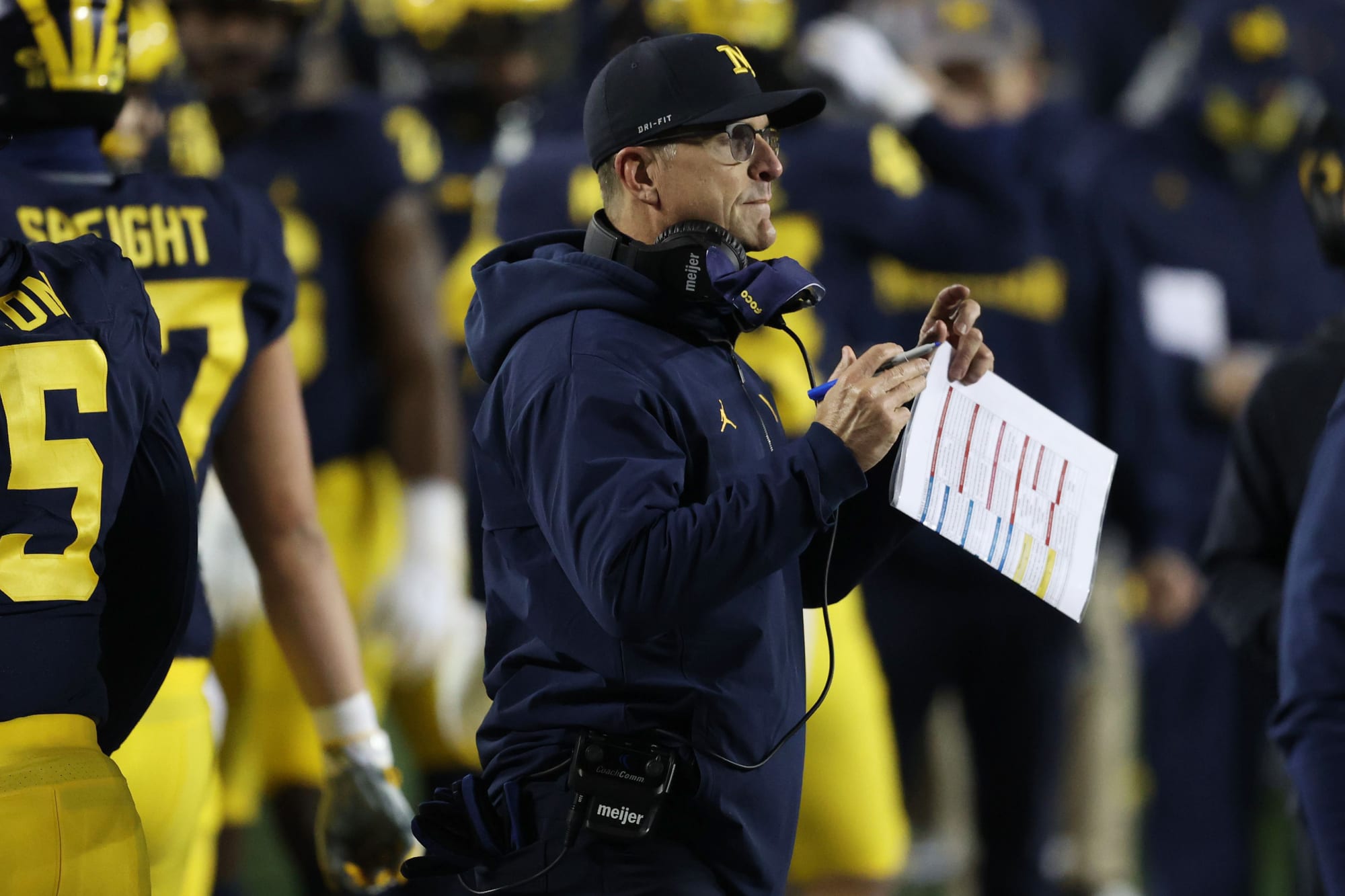 It’s that time of year when fall camp is in full gear and the reporters are getting the fanbase enamored with the annual hype train of how players are doing in practice.

Every season is the same thing with the news of what is going on in the submarine that is Michigan football.

This time around is no different with things smack dab in the middle of preseason practices. As usual, we’ve heard a lot of buzz growing from what is going on in those top-secret, closed doors sessions.

So far the most newsworthy tidbit from it has been about the quarterback battle. Everyone knew that Cade McNamara would be the opening day starter unless the world stopped spinning on its axis, but the biggest talk of the town has got to be the swift emergence of J.J. McCarthy. Word is that he’s already etching out a niche as the primary backup behind McNamara.

That comes as a surprise to some as Alan Bowman was expected to be the experienced reserve to get the nod if something went awry with McNamara.

The fact that McCarthy has taken the bull by its proverbial horns is a highly progressive sign that he is moving in the right direction of his career trajectory.

In other areas along the offensive line, three starters appear to have locked up a spot in the rotation. Ryan Hayes, Zak Zinter, and Andrew Stueber are those young men of note. While Trevor Keegan, Chuck Filiaga, Andrew Vastardis, Karsen Barnhart, and Trente Jones vie for the remaining two starting openings.

On defense, the line has been making some noise with the transformation of Mazi Smith. He aims to carve out a role somewhere on the defensive front and finally live up to his recruiting buildup.

Elsewhere, the pass rush specialists, besides Aidan Hutchinson, will have to take the pressure off of him and make opponents gameplan for more than just the Bednarik and Nagurski watch list luminary.

David Ojabo, Taylor Upshaw, and even Braiden McGregor will be forced to up their ante in order for the quarterback hunters to come off the edges.

This is where also Michigan football having reliable cover corners across the back end would be necessary. That’s where the most returning core of the bunch comes from in this circumstance.

Dax Hill, Brad Hawkins, and Gemon Green are seasoned veterans who will fight to make amends for their respective efforts of 2020.

These three are safe bets to roam the back end of the unit, along with a cycle of participants including R.J. Moten, Makari Paige, D.J. Turner, and Vincent Gray.

Having Hill being capable of shutting down his responsibilities on the field can free up Moten or Paige to become a dependable source the secondary could desperately utilize.