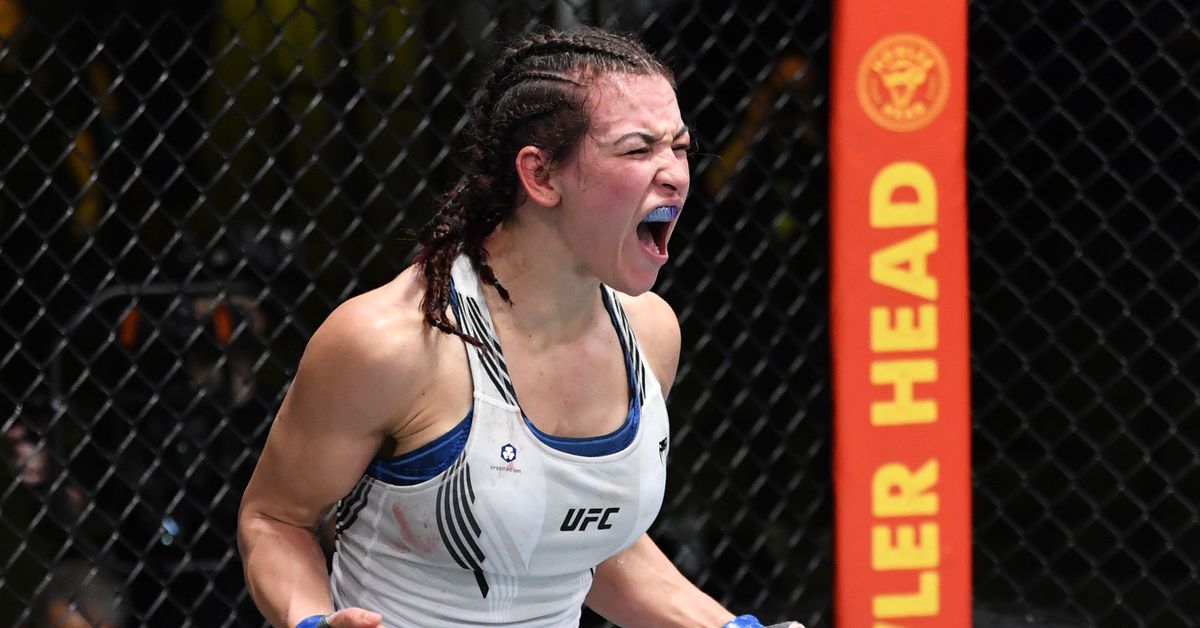 Miesha Tate earned 10 times the pay of some octagon newcomers for her comeback fight at UFC Vegas 31. But even that didn’t leave the former UFC bantamweight champion with much after expenses.

Tate, who co-hosts the MMA on SiriusXM podcast with Ryan McKinnnel, estimated that her $200,000 payout for a third-round TKO of Marion Reneau was slashed by no less than 98 percent – leaving her approximately $4,000 – when she factored in all the money spent to prepare for the fight.

“I’m serious, that’s how much it costs. Because you take taxes off the top. 70 percent of my fight purse is gone immediately, right off the top. So I have 30 percent to work with. And that 30 percent I take to buy my organic foods, to get my – whatever – training gear, heart rate monitors, whatever other things that I need to invest in to make the camp go well. And it’s expensive. You know, it’s very expensive to eat like that.”

Tate also earned a disclosed $50,000 bonus for “Performance of the Night”; it’s unclear if that money was factored in to her total. The Nevada Athletic Commission that regulated UFC Vegas 31 no longer releases disclosed pay for MMA events including the UFC.

The UFC Vegas 31 appearance was Tate’s first in nearly five years after stepping way from the sport. During her time away, she started a family and took an executive job with the Asia-based ONE Championship before getting the itch to fight again.

Explaining her decision to return, Tate brushed aside the idea she was fighting because she needed the money and said her motivation was purely based on a renewed passion for the sport. Yet it appeared she was taken aback by the cost of putting together a top-notch camp.

“It’s very expensive to just facilitate the things that I need to do…travel to training different places,” she said. “Especially when you have your head coach is remote, is in Spokane, you know? So I fly him down, fly him back. Flying out to Denver to go and train with Trevor Wittman, getting to Southern California to train with Treigning Labs; all the supplements I’ve had to invest in and things like that as well. It’s just, yeah, it’s a lot more expensive than people would think. It’s not as glorious.

“And that’s why it’s like, you cannot set out to do this for the money. And if you really want to be the best, investing in yourself is pricey. It’s very, very, very pricey. But, I’m doubling down on myself, because I know the money is when you have the belt, when you get those pay-per-view dollars. That’s real money, then we’re talking. The rest of this fighting stuff is just, like, we’re not making a killing, you know? We’re not making a killing. But, I’m investing in myself because I believe in myself, I know I can become a champion again, and I’m doing this because I want to, you know what I mean?”

Tate is the latest fighter to pull back the curtain on UFC fighter pay. Earlier this month, UFC up-and-comer Cheyanne Buys revealed she was paid $10,000 to show and $10,000 to win her UFC Vegas 33 bout against Gloria de Paula, all of which went toward debt she incurred to train for the fight. When she received a $50,000 “Performance of the Night,” she broke down in tears when speaking about the financial hardships she encountered despite her love for the sport.