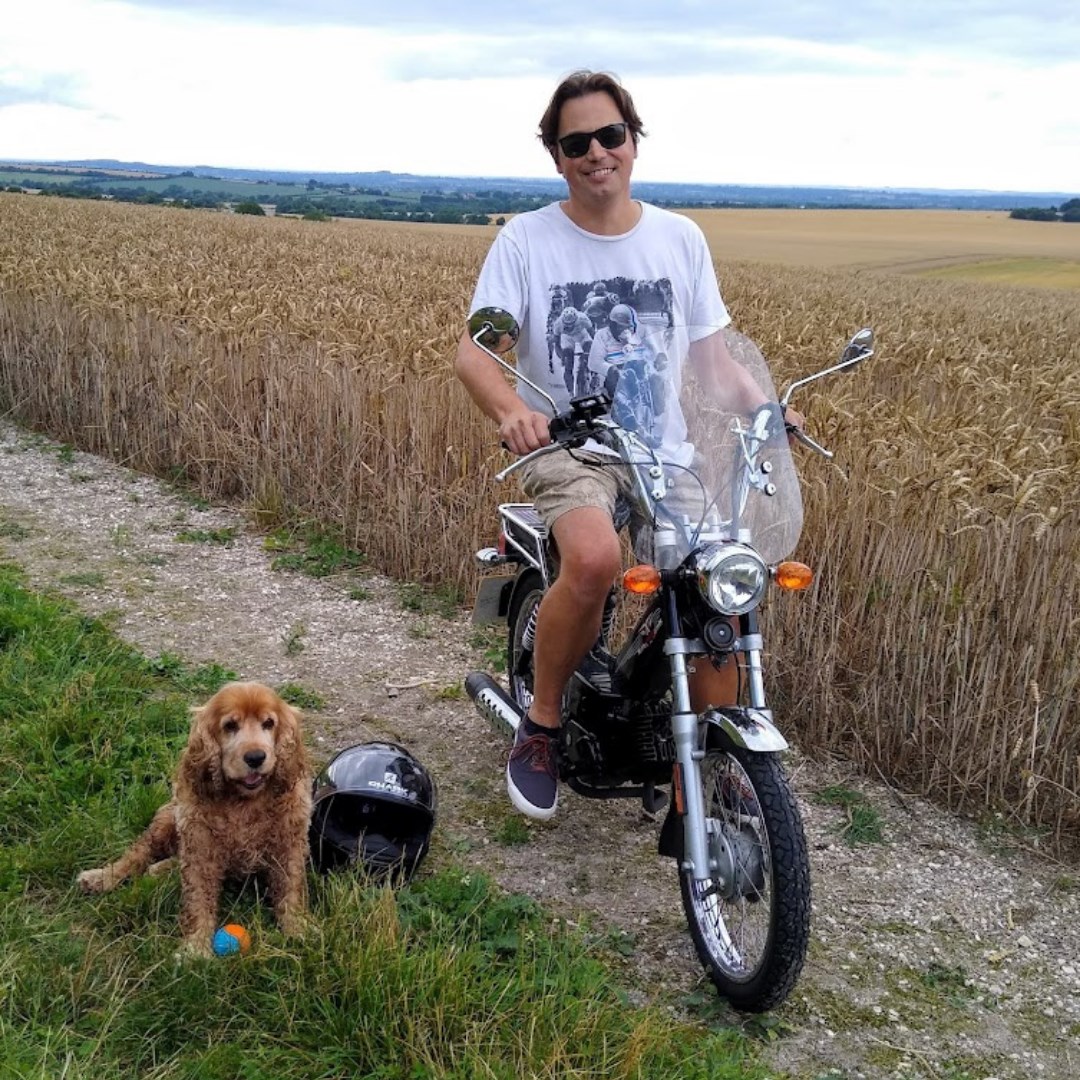 You could call Paul Taylor, a man from Wantage, Oxfordshire, a modern hero, though he has nothing in common with the Avengers or any other Marvel heroes (of the “super” variety). He doesn’t deliver smart one-liners and “clapbacks” on social media, and he is not a viral star by mere chance, so he’s not that kind of a hero, either.

Taylor has a typically British sense of humor but, more importantly, Taylor is a man with a plan. And he’s putting that plan into action as early as August 18, 2021, when he is supposed to set out on a very unique road trip, one that would see him visit some of the most rudely-named places across the country. The best part about this, which he calls the Moronic Moped Marathon, is that he’s doing it for an admirable cause.

August is Travel Month here on autoevolution and, while most of our stories on the theme focus on real or hypothetical vacation vehicles, vacation opportunities, and tips and tricks, this is also a good fit. It’s a summer vacation, alright, but put together by a very generous man, looking to honor a late friend and, in the process, help others who might be fighting cancer. And with a very special, funny twist.

Paul says he got the idea for it when his friend Alexis was still alive. Alexis was diagnosed with lymphoma when he was 18, but he fought the cancer until last year, when he passed away aged 55. Paul suggested to Alexis that he might go on a cross-country trip that would include only destinations with rude or funny names, and Alexis found it hilarious. He didn’t, however, imagine Paul would be “so daft” as to actually do it.

But here he is. Because a trip such as this one has to be hilarious on all accounts, Paul’s “steed of choice” is a Slovenian Tomos XL45 Classic, a mighty (not!) 49 cc moped that’s supposed to take him on an “epic” journey of about 1,800 miles (2,900 km) both ways. With a top speed of 20 mph (33.2 kph), Paul estimates he’ll spend about 12 days on the road. You can see the “steed” roaring on an empty country road in the Instagram below: if the slow progress doesn’t get Paul, that infernal noise just might.

If neither does it, then nighttime visibility might (the lights are powered off a magneto), or the seat could. Paul says the seat “has all the comfort and pliability of concrete,” so he’s eager to hop on it for 12 days of almost non-stop riding – if the moped doesn’t break apart. “At least fuel won’t cost me a fortune, as it returns over 100 miles to the gallon!” Paul says. Silver linings, and all that.

Perhaps because he’s determined to make things as hard as possible for himself, Paul will be camping for most of the nights, with only a few exceptions, like the night he’ll spend at his mother’s place. All his gear will go on the same moped that will carry him, so he’ll have to pack light.

Paul has used his own funds for the moped and camping gear, so the trip is already paid for. However, he’s raising money for the Institute of Cancer Research (ICR) and hospital partner The Royal Marsden NHS Foundation Trust, through the platform JustGiving. His initial goal was modest, of just £1,800 ($2,485 at the current exchange rate), so that would be £1 per mile traveled, but it has since been topped: donations are sitting at £13,343 ($18,427) as of the time of press. Perhaps just as importantly, Paul is being offered support online, from people offering to fix up his moped for free if anything breaks down, to others asking him to sleep the night at their place, or saying they want to tag along for the ride.

In all honesty, if you’re going to make your summer vacation epic, a trip like the Moronic Moped Marathon sounds like the perfect thing. Paul will be documenting it on Instagram, where he already posted video of the moped in action.