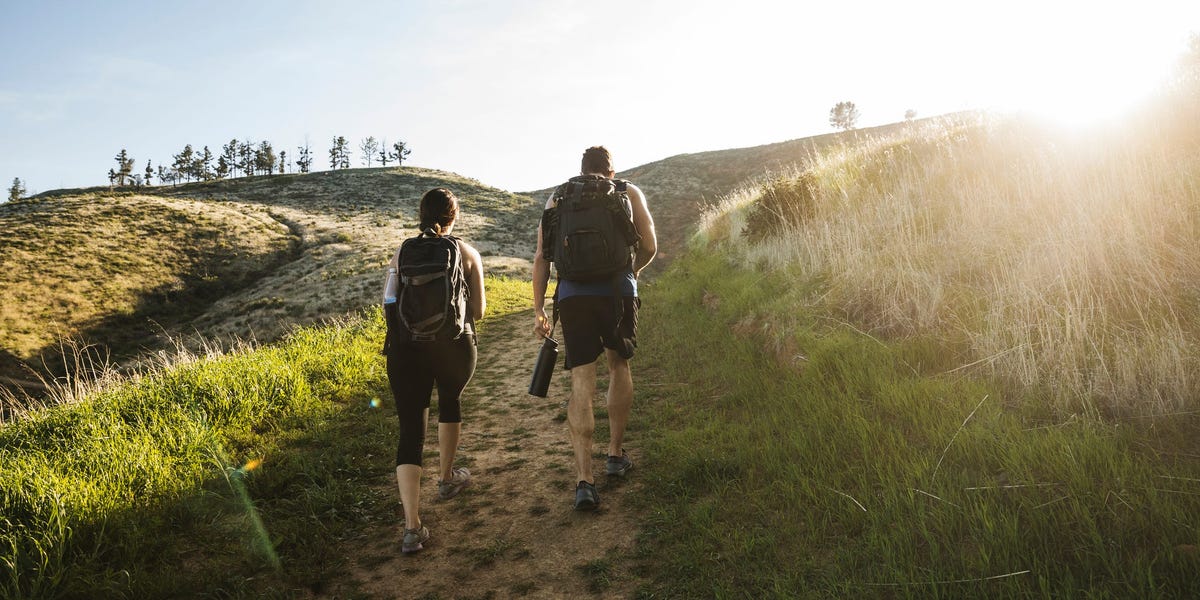 It seems that the outdoors boom isn’t dying down anytime soon.

For nearly half of US adults, easy access to the outdoors for activities like hiking, fishing, or camping is “very” or “extremely” important, according to a new survey conducted by The Washington Post and George Mason University’s Schar School of Policy and Government. The poll was conducted among 1,000 adults between July 6 and July 21.

The share of people who crave access to the outdoors has risen since 2019, when 34% listed it as a top priority, according to The Washington Post’s Heather Long and Scott Clement, and it’s in line with a trend that emerged in early 2020: As many indoor activities became off-limits, people turned to outdoor pursuits instead.

This shift has become evident in the real estate market as people have reconsidered city living in favor of somewhere they could get outside. Over the course of the last year, home sale prices have jumped the most in Austin, Texas; Spokane, Washington; Boise, Idaho; Surprise, Arizona; and Buffalo, New York, The Post points out, citing data real estate site Redfin. What do all of those metros have in common? Easy access to a range of outdoor activities, from skiing to hiking to water sports.

It’s also been a boon for purveyors of camping equipment, fishing paraphernalia, and other outdoorsy gear. According to market research firm NPD Group, online sales of camping gear jumped 50% in 2020, and items like grills, coolers, tents, hammocks, and paddle boards were big sellers as well.

retail trends
prove how “people have fundamentally changed their lifestyle” during the pandemic.

“People will certainly go back and take vacations,” she said. “There may be more discretionary income in the market, but I think there’s been a permanent shift toward outdoor living and active living and also athletic apparel.”

Dick’s has benefitted from these shifts. The company beat analysts’ estimates for its first-quarter earnings, reporting a 115% year-over-year increase in same-store sales during its fiscal first quarter, which ended May 1. Dick’s also raised its full-year financial outlook, a signal of strong momentum in the industry.

Maine-based outdoors company L.L. Bean has also seen a major boost during the pandemic. The company reported $1.59 billion in revenue during fiscal 2020, its biggest revenue jump in nine years, due in part to strong sales in water sports and winter sports equipment, which rose 83% and 49% year-over-year, respectively.

“The belief in the renewing power of time spent outside was the reason my great-grandfather created this company,” L.L. Bean CEO Shawn Gorman said in a statement at the time.

Read more: The outdoors are free — but that hasn’t stopped the ultra-wealthy from splurging on designer gear and luxury camping trips

The rise of ‘gorpcore’

A renewed interest in hiking and camping has impacted the apparel industry, too.

The Wall Street Journal reported in May that cargo pants and sport sandals were among the hot-selling items as life began to reopen this spring.

And high-fashion brands like Prada and Gucci have released outdoors-themed capsule collections that include knitted hammocks and branded skateboards for the former and puffy parkas in collaboration with The North Face for the latter.

But this trend bubbled up long before the pandemic sent us — literally — running for the hills. Back in 2017, The Cut coined the phrase “gorpcore,” a play on a trail-mix acronym and a catch-all for sporty, outdoorsy clothes with a high-fashion bent.

Gorpcore’s appeal has grown over the past four years. During the fall 2021 runway shows, models donned sensible pieces like cargo pants and utility jackets covered in buckles, zippers, and, of course, multiple pockets — perfect for stashing a mask and hand sanitizer.

Of course, what appears on the runways will soon make its way into mass-market retailers in some form or another, which means we’ll probably be seeing utilitarian fashion, suited for outdoor pursuits or otherwise, for months to come.