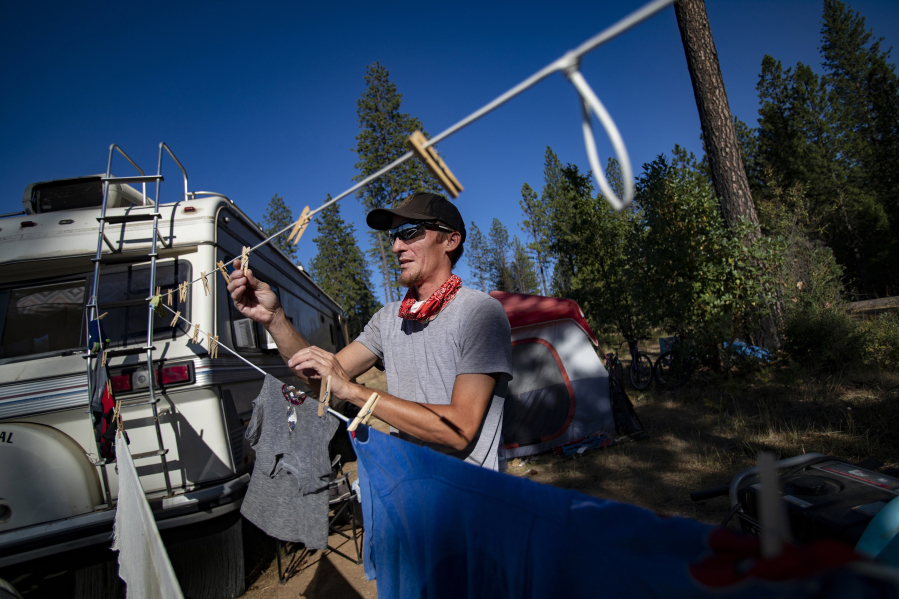 When the Camp fire roared onto the ridge in Paradise, Jedediah Anderson and his brother Lucas were down the hill heading to a plumbing job. Jedediah, 41, rented a home in Paradise packed with family: his wife, Kayla; their three sons; Lucas and his fiancee, Pamela, and their two kids, three dogs and a feisty green-winged macaw they rescued named King.

They all barely made it out of town alive.

Lucas drove through front yards and plowed through mailboxes to get around jammed traffic. The smoke was so thick, he couldn’t see much past the hood. Jedediah’s truck ran out of gas, and they fled to a Walgreens. School buses were eventually sent to evacuate them. As they drove down the Skyway, fire raged on all sides. People were screaming that they were going to die, while King remained eerily chipper. “What’s up?” he cawed. “Hey-loooo.”

When they got to safety, Jedediah’s renter’s insurance found them lists of places to stay, and vowed it would pay the difference for anything above what they had been paying in Paradise for two years. But the options were scant: motel rooms or apartments way too small for a family of nine, with dogs and a macaw that liked to shriek at random and eat crown molding.

Finally they found a big house in Las Molinas on nine acres of valley floor that rented for $5,000 a month. They paid $1,400, and the insurer covered the rest. Jedediah and Lucas, 34, continued to work for a plumbing company as long as they could, but local construction cratered, and they were laid off and left scrambling for work, mostly down in Grass Valley.