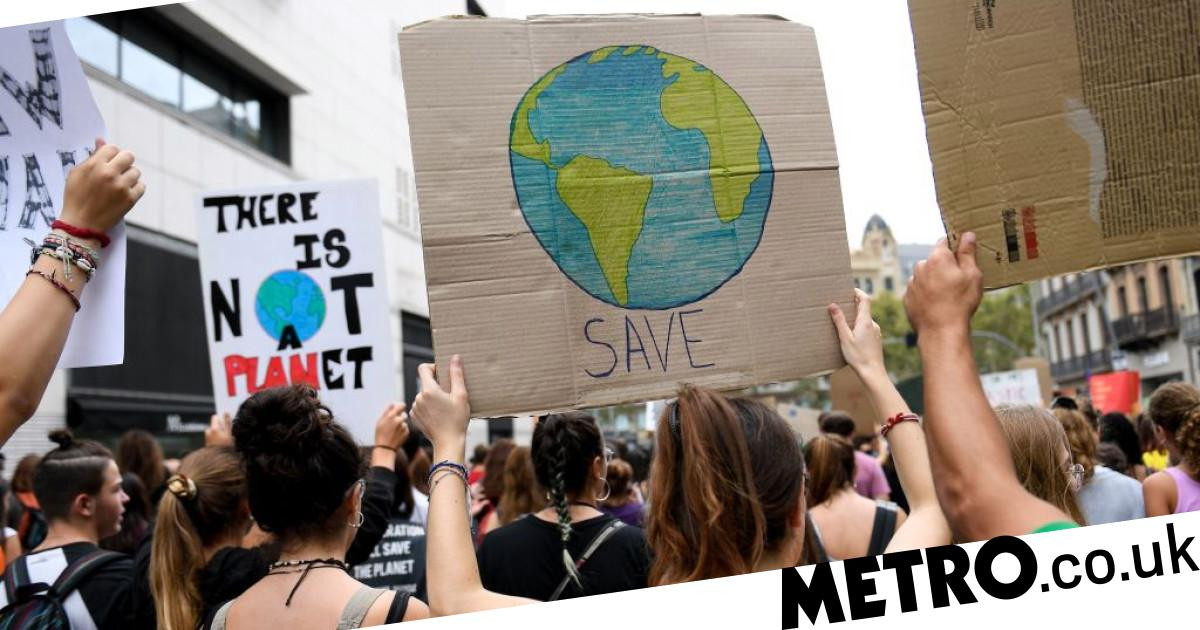 Climate change became the biggest talking point this week when the Intergovernmental Panel on Climate Change (IPCC) announced a ‘code red for humanity’.

Their report showed that human impact is affecting our climate in unprecedented ways.

As if world events over the last 18 months weren’t enough to give me cause for concern, as our sea levels continue to rise, so do my levels of anxiety.

Knowing just how close we are to irreversibly damaging our planet, and the effect it may have on all generations to come, the pressure to act can feel somewhat overwhelming.

With footage of fires sweeping through Grecian islands, and severe flooding in Germany, Belgium and even Pudding Mill Lane, it’s no wonder I’m feeling worried about the future.

But as formidable as the reports may be, and as tempting as it is to switch off from the news altogether, I know it’s vital that I maintain a compromised level of engagement. I want to play my part in preventing climate change, without completely falling apart.

Just because the issues seem so critical, so global, so out of control, doesn’t mean I’m powerless in my response to them.

If the science tells me anything, it’s that all of us have the potential to impact the fate of our planet, and hope is far from lost.

Eco-anxiety is a term coined by philosopher Glenn Albrecht, and refers to the heightened emotional, mental or somatic distress experienced in response to climate change and its impact on the environment. According to a study by Global Action Plan earlier this year, 77% of students say that thinking about climate change makes them feel anxious.

When faced with eco-anxiety, it’s important to centre your mind on the facts

As with anything that has the potential to make me panic, it’s natural to want to shield myself from any trigger points that could send me into a profound spiral. But with climate change likely to take over from Covid in a bid for the headlines, avoiding exposure to the subject will be nigh on impossible.

After years of therapy for other issues that have impacted my mental health, I’ve developed coping mechanisms that have allowed me to be exposed to triggers without succumbing to them completely.

With fear of rejection once featuring highly on my list of mental obstacles, Past Nicola would have reacted to the cancellation of plans, a party snub or being left on read as if her value as a human being depended on it.

Rejection sucks, but it’s a part of life, so instead of focusing on the negatives – or avoiding exposure to spurning altogether – I would make new plans, call different friends and learn to get comfortable with my own company.

With some self-reflection and a few changes to my habits, I got to a place where I could rationalise my response to rejection and build up my resilience, so it no longer felt like the end of the world when one cropped up.

So how can I apply the same skillset to combat an eco-anxiety trigger that quite literally feels like the end of the world? By being rational, focusing on the positives and changing my habits so I feel like I’m taking action against it.

When faced with eco-anxiety, it’s important to centre your mind on the facts. Yes, the situation is critical, but the science also tells us that if we make changes now, we can improve – or even reverse – the effects of climate change. If we focus too much on the things we can’t control, we will lose sight of the things we can influence.

You and I are not world leaders. We do not have the power to write global climate policies, but we have the power to influence those who do. So if you find yourself feeling all at sea when it comes to the climate crisis, sign a petition, write to your MP or join a protest to amplify your voice with the support of others.

As much as people may roll their eyes at another online petition, they are one of the greatest democratic tools at our disposal. While our individual voice may feel insignificant, the voice of thousands cannot be ignored by our leaders – after all, they want our vote don’t they?

Whenever scientists report on the realities of global warming, social media is soon inundated with reactionary, fatalistic hot-takes

Changing our habits isn’t just a psychological tool we can use to ease our eco-anxiety, it’s the most practical thing we can do to reduce our personal impact on the environment. Cutting down on meat, reducing your Amazon orders, buying second-hand clothes and improving your recycling habits are all small changes that can increase our levels of smugness and wellbeing and reduce our carbon footprint.

As well as the above, I’ve started to spend my money on experiences rather than material things. When I die, I hope to have a wealth of memories than a complete and matching set of wine glasses.

To look on the bright side, if we are anxious it’s because we know that, although there is potential for future grief and depression, we are also aware that loss is not certain.

Whenever scientists report on the realities of global warming, social media is soon inundated with reactionary, fatalistic hot-takes and pessimism from the doom-and-gloomers who would sooner have us bury our heads in the sand than face the music.

But the main reason we find ourselves in such a critical situation is because we have not taken climate change seriously enough in the past. As with other forms of anxiety, talking about it helps, but it’s best to avoid conversation with – or exposure to – the nihilists and the science-deniers, and instead focus on those who want to make a difference.

Consuming information about global warming can often feel stressful, but stress is ultimately a mechanism for human survival. When humans feel threatened by environmental factors, a sequence of hormonal changes and physiological responses help us to either fight off the threat or flee to safety.

As exhausting as it may be to feel anxious about the planet, perhaps my stress response is the reminder I need to take all the action I can to ensure its survival.

When it comes to the climate crisis, humans don’t have the luxury of choice between fight or flight. We have only one option.


MORE : Climate change: What can I do? 13 everyday habits from carbon offsetting to vegan meals


MORE : What we must do to protect the UK from climate catastrophe

Get your need-to-know
latest news, feel-good stories, analysis and more