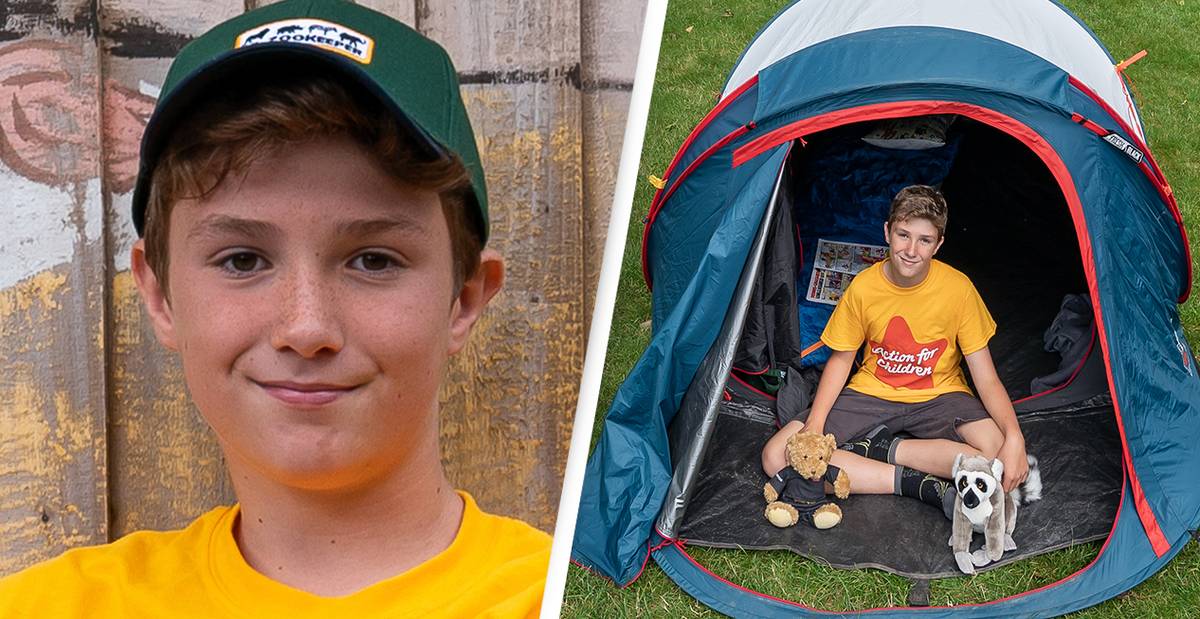 An 11-year-old boy is set to hit his 500th night of camping for charity.

Max Woosey, from Braunton in Devon, was inspired to start his charity camp-out when his neighbour gave him a tent to ‘have an adventure in’.

His neighbour, Rick, later died of cancer in February 2020, prompting Max to decide to raise money for North Devon Hospice – the hospice where his neighbours Rick and Sue spent their final days.

Max decided to begin his camp-out on March 28, 2020, when he heard about Covid-19 causing cancellations of hospice fundraising events.

Tonight, Max will be wild camping for his 500th night, along with his best friends and parents, in a shelter he has built in the woods. He told the BBC: ‘At the beginning I never ever thought that it would last this long but I absolutely love it.’

Max has decided to continue his camp-out for so long as he really enjoys camping, explaining it’s ‘great fun’ and that he doesn’t want to ‘come inside in the middle of summer’ as loves the outdoors and being ‘closer to nature’.

Rachael Woosey, Max’s mum, has tried to encourage him to come back inside, telling him he has ‘already achieved something special’, but reports how Max always turns her offer down.

Max’s efforts have even inspired other children to get involved in the camp-out. On the one-year anniversary, around 1,000 children joined Max from as far away as Singapore and North America.

The feat has not always been easy, however, with Max telling the BBC he ‘cried himself to sleep’ on some nights camping, due to his clothes and camping gear getting ‘soaking wet’.

However, Max has had tents and equipment donated to his mission by companies and individuals, with celebrities such as Jonny Wilkinson and Bear Grylls sending him messages of support. He even had a visit from Prime Minister Boris Johnson, where Max ‘told him about Action for Children UK and their campaign Boycott Your Bed‘.

Max’s achievement has his mother, Rachael, feeling extremely proud but also emotional: ‘Last night I lay in bed in tears because it hit me. It’s just so overwhelming’.

Camilla Parish and her family of five, who also live in Devon, have camped out three times in support of Max’s campaign.

After such a bizarre year, having little adventures like this has been great fun and it felt lovely [that] so many were joining and raising money for a great cause.

As Max approaches his 500th night, the amount he has raised so far has been estimated by the charity as covering more than half of donations that would have been lost due to the pandemic.

You can follow Max’s incredible journey via his Instagram, and donate to his Just Giving page, here.

If you’ve been affected by any of these issues and want to speak to someone in confidence, contact Macmillan’s Cancer Support Line on 0808 808 00 00, 8am–8pm seven days a week.