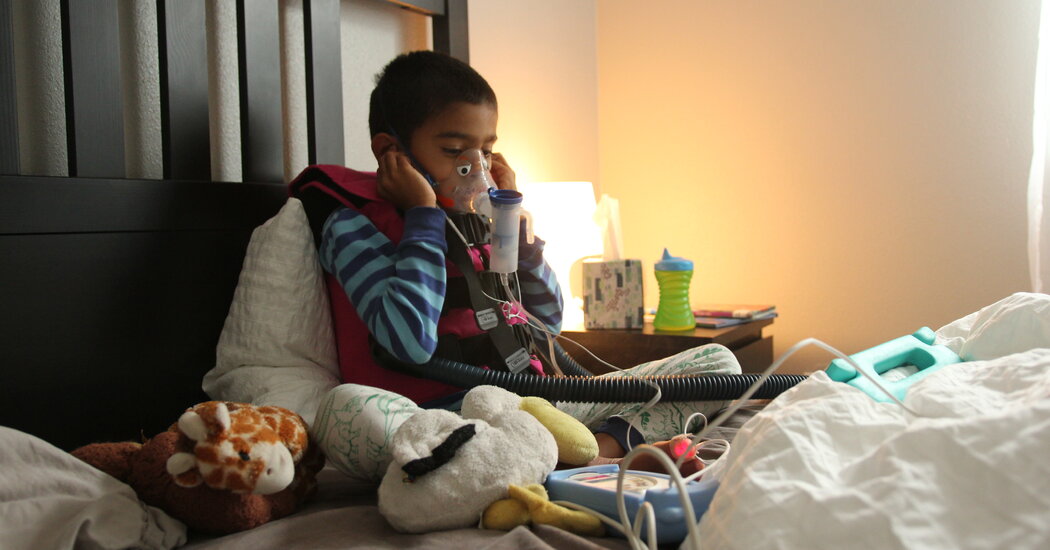 “Those are the children, in my mind, that we worry about the most,” he said.

Ethan Chanrdra has a rare condition called heterotaxy syndrome; he was born with half a working heart and other heart defects. The syndrome also causes dysfunction in his lungs, which makes it hard for him to clear his airways, which, in turn, makes him vulnerable to a serious respiratory illness.

Understand the State of Vaccine Mandates in the U.S.

“We worry about Covid in any kid because even healthy kids can be affected,” said Dr. Nelangi M. Pinto, Ethan’s cardiologist. “But we do worry more when there’s some underlying conditions.”

Ms. Chandra, a former pediatric intensive care nurse, now performs checkups on her son every morning, surrounded by Legos and stuffed animals. While listening through a stethoscope last week, she said that his breathing was fast and that he sounded “junky,” as though his lungs were clogged. His fever has been as high as 103 degrees since his Covid diagnosis last week, and oxygen levels in his blood have hovered in the low 90s; a normal reading for children his age is 98 percent.

If they dip below 90 percent, he will need to immediately go to the hospital, Ms. Chandra said — just as he did when he was a baby and he had consistent high fevers and low oxygen levels from his medical complications.

Like many other children with complex medical conditions, Ethan has a “go bag” filled with items his family will need if they have to quickly rush him to the hospital. His is blue, gray and green, and it used to be filled with fuzzy blue Monster slippers, spare clothes, toiletries, extra medication and snacks.

As Ethan has grown older and needed to be hospitalized less frequently, his bag moved from the front door to his room, then up on a shelf. His mother eventually became so confident in Ethan’s progress that she unpacked the go bag and filled it with camping gear instead.