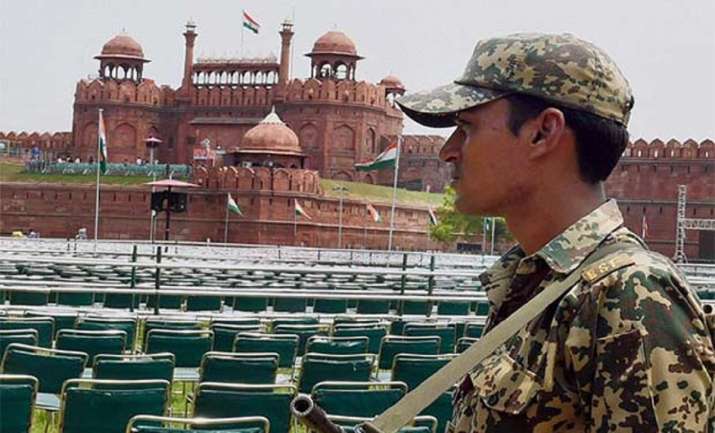 The historic monument of Red Fort in the national capital is gearing up to host the nation’s Independence Day celebrations on August 15. All security arrangements including extra precautionary and preventive measures against COVID-19 are being put in place to ensure a seamless event. A two-day vaccination camp was organised for all the staff present in the Red Fort in a step towards taking guard against the coronavirus whose first wave last year and the second wave earlier this year went on to create a rampage.

The prime minister hoists the flag every year on Independence Day and addresses the country from the ramparts of the Red Fort.

The security personnel and other staff engaged in security near the Prime Minister will be tested for Covid-19 two days before August 15. Also, those who have not been vaccinated will be given the jabs.

Similar to last year’s arrangements, limited chairs have been placed this time as well. The chairs of all the leaders sitting around the Prime Minister have been installed, maintaining a distance of two yards.

Students of NCC will be called on Independence Day, although their number will also be limited.

According to the information, athletes who won medals at the Tokyo Olympics will also get a place near the Prime Minister this time. A separate corridor has been made for their movement and arrival.

Meanwhile, tight security arrangements are being put in place.

The Delhi Police have put up containers (around 15-20) outside the main gate of the Red Fort for security reasons.

Security agencies have already issued an alert on August 15. The Delhi Police have taken this step in view of the farmers’ agitation and threats from the Khalistani terrorists.

In view of Independence Day, Delhi Police and central security agencies have made strict arrangements.

Apart from this, an anti-drone radar system will also be used, so that no drone of any kind can fly around the Red Fort. The system has a range of up to 5 km.

Delhi Police have also pasted posters of terrorists around the Red Fort. The name and address of six terrorists have been mentioned in the posters.

The police are also wary of the potential challenge posed by the farmers sitting on the Delhi borders, who are protesting against the agricultural laws. On January 26 this year, on the occasion of Republic Day, things turned ugly and violent as the farmers’ agitation was at its peak during that time. Keeping these episodes in mind, all efforts are being made this time to avoid any kind of negligence.