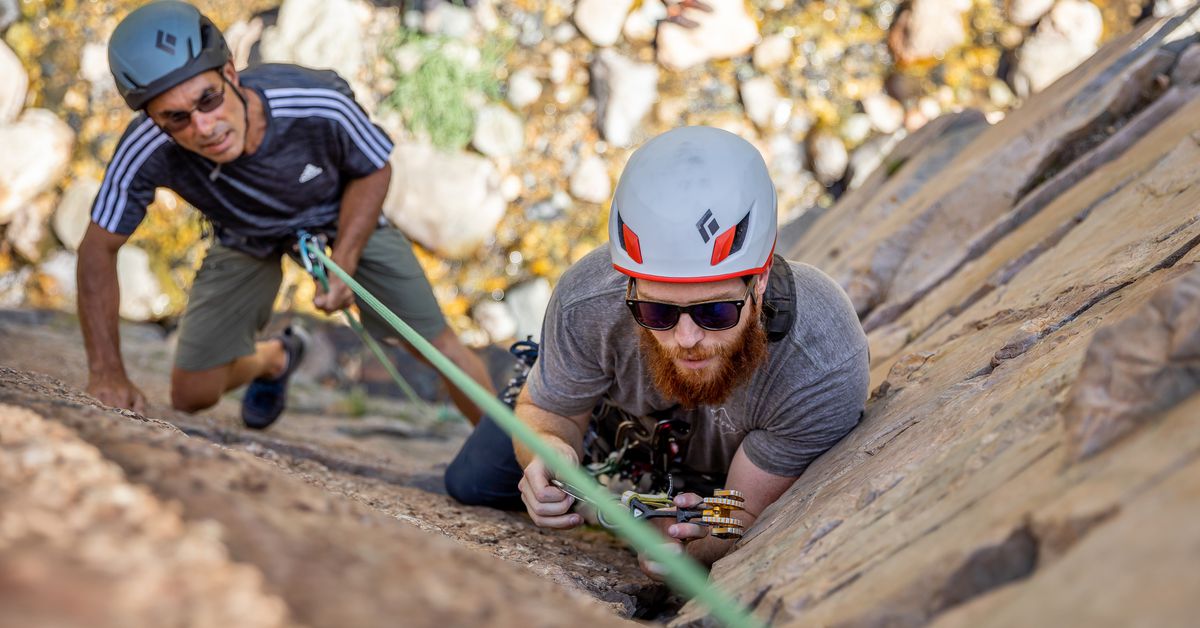 When Tyson Bradley left to teach his camp of climbers on May 22, he anticipated fatigue, exertion, and maybe a rolled ankle or two. It was the fourth day of Mountaineering Camp, and he packed all the essentials: ice axes, crampons, quality boots, water and a first aid kit.

What he wasn’t expecting was a climber, who was not participating in his program, to fall 100 feet to his death on Mount Olympus.

“It was quite devastating and emotionally difficult to have heard his last scream and witness his fall,” said Bradley, the lead guide for Utah Mountain Adventures. “All the other guests and guides heard it, too. It was just awful.”

The fall was devastating for Bradley, particularly because it was preventable. The victim of the fall was wearing rubber hiking boots and no crampons, which are essential for climbing on ice. If he had the proper gear and training, Bradley wonders if he might still be alive today.

Nobody bats an eye at a car owner asking a mechanic to check their brakes, or a plumber to make sure their water tank is operable. So why are climbers not looking for professional guidance before heading into the mountains?

With more recreationalists and rock climbers than ever thanks to the COVID-19 recreation surge, mountain guides and sheriffs are seeing a pattern: risky behavior from new adventurers.

Climbing accidents surged across the West this spring and summer. Seven accidents happened in 13 days in Utah this spring, two of them fatal. A climber was seriously injured in Little Cottonwood Canyon in May when a boulder came loose above him. Just a day before the Mount Olympus tragedy, a hiker was found dead near Mount Superior after slipping on snow and hitting a rock.

Climbing accidents aren’t exclusive to those setting out to climb a wall. Some are hikers who went off their trail or wanted to find a shortcut for their group, and some are mountaineers who set their sights on entire mountains to conquer in an afternoon. All of these activities compete for the same search and rescue resources, which makes a trend of reckless behavior from all three groups worrying to guides and law enforcement alike.

While some of these deaths can be attributed to unstable rocks or spring melt, guides and sheriffs are noticing that more are connected to people climbing before taking proper precautions, like planning and practicing.

“We’re seeing a lot of people not cleaning anchors in an appropriate way, or rappelling off the top of a single-pitch rock climb, which is no longer appropriate for climbers,” said John Lemnotis, a guide with Jackson Hole Mountain Guides who has been guiding since 2015. “I’ve encountered some really strong climbers that could barely clip the rope into a quick-draw, which is really unnerving for me if I’m letting them lead that climb.”

Cleaning an anchor refers to the act of removing all of the gear from the rock while the climber is still suspended on the face. Done right, this process allows climbers to safely raise or lower themselves along the route, and incorrectly cleaning an anchor can lead to losing your gear down a mountain, or losing yourself down 70 feet of open air.

“You’re going from being belayed by an anchor to your belayer not protecting you at all, and not having a double check for the person cleaning the anchor,” said Lemnotis, who sees most climbing accidents happening when climbers are descending, when an anchor error is most likely to occur.

“While standing on flat ground, I’ve built anchors for countless hours before leading traditional rock climbs,” said Lemnotis. “Then, I knew that the gear would keep me safe and the way I placed it would be good.”

The practice of learning secondhand knowledge and attempting risky climbs without proper preparation affects more than just the one climbing. Search and rescue operations have to deal with climbers stuck on cliffs at the same time 11 million visitors are coming to Utah state parks and trails. With volunteers working to get an ill-prepared climber down, they’re not addressing injured, exhausted or lost hikers also in need of a rescue.

“Sometimes we’ll have three or four reported simultaneously,” said Utah County Sheriff’s Sgt. Melody Cutler. “For instance, someone with a broken ankle needing assistance getting off the mountain isn’t preventable, where in another instance an inexperienced climber is going up there and needs a rescue, which is preventable.”

This isn’t just a problem in Utah. Sheriffs in other Western states, including Idaho and Colorado, are also seeing inexperienced climbers making their way up the walls with little planning and experience. Over the Fourth of July weekend, a climber descending Mount Sneffels in southwest Colorado fell to his death while attempting a descent alone.

Saguache County Sheriff Dan Warwick in Colorado said his search and rescue teams have seen more and more people go up the mountains, and often have to brace themselves for a surge on big holidays.

“A lot of the calls are from people who think they’re really skilled and go up the mountain,” said Warwick. “It’s a huge deal to be prepared. All your lives are at stake when you’re up there. The mountains look warm and inviting, but they’ll kill you.”