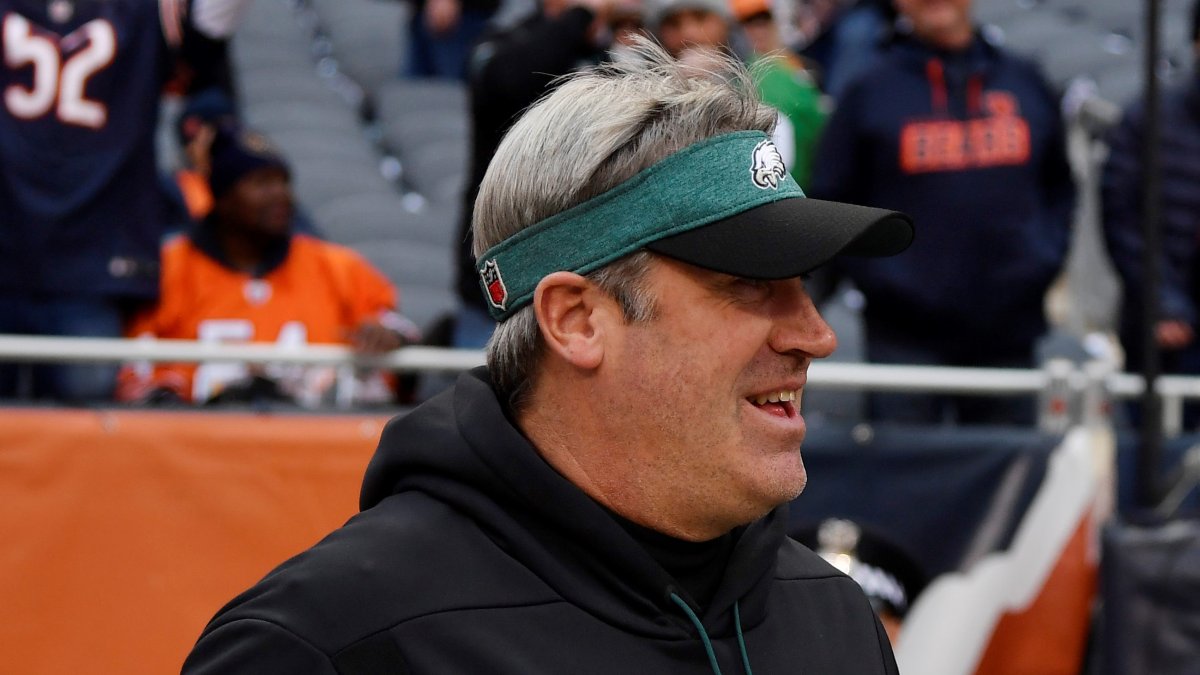 The Bears had a friendly face stop by and visit Halas Hall on Friday. Doug Pederson was spotted roaming the sidelines, decked out in Bears gear to boot.

It’s unclear if Pederson was helping out his buddy Matt Nagy at all, or was just there to enjoy the sights and sounds. The two coaches have worked together a bunch over their careers, crossing paths in Philadelphia from 2009-2012. Then when Pederson left to become the Chiefs offensive coordinator in 2013, Nagy tagged along to be his quarterbacks coach. The duo worked in Kansas City together in those capacities until 2016, when Pederson left to become head coach of the Eagles, and Nagy took over his old position as the Chief’s OC.

Pederson, of course, is familiar with Nick Foles too. Foles was Pederson’s quarterback when the Eagles upset Tom Brady and the Patriots in Super Bowl LII. Pederson and Foles were spotted hanging out near each other at one point during practice, too. But it remains a mystery if they were discussing Foles’ recent fiery press conference, or simply reminiscing about the Philly Special and their past glory days.