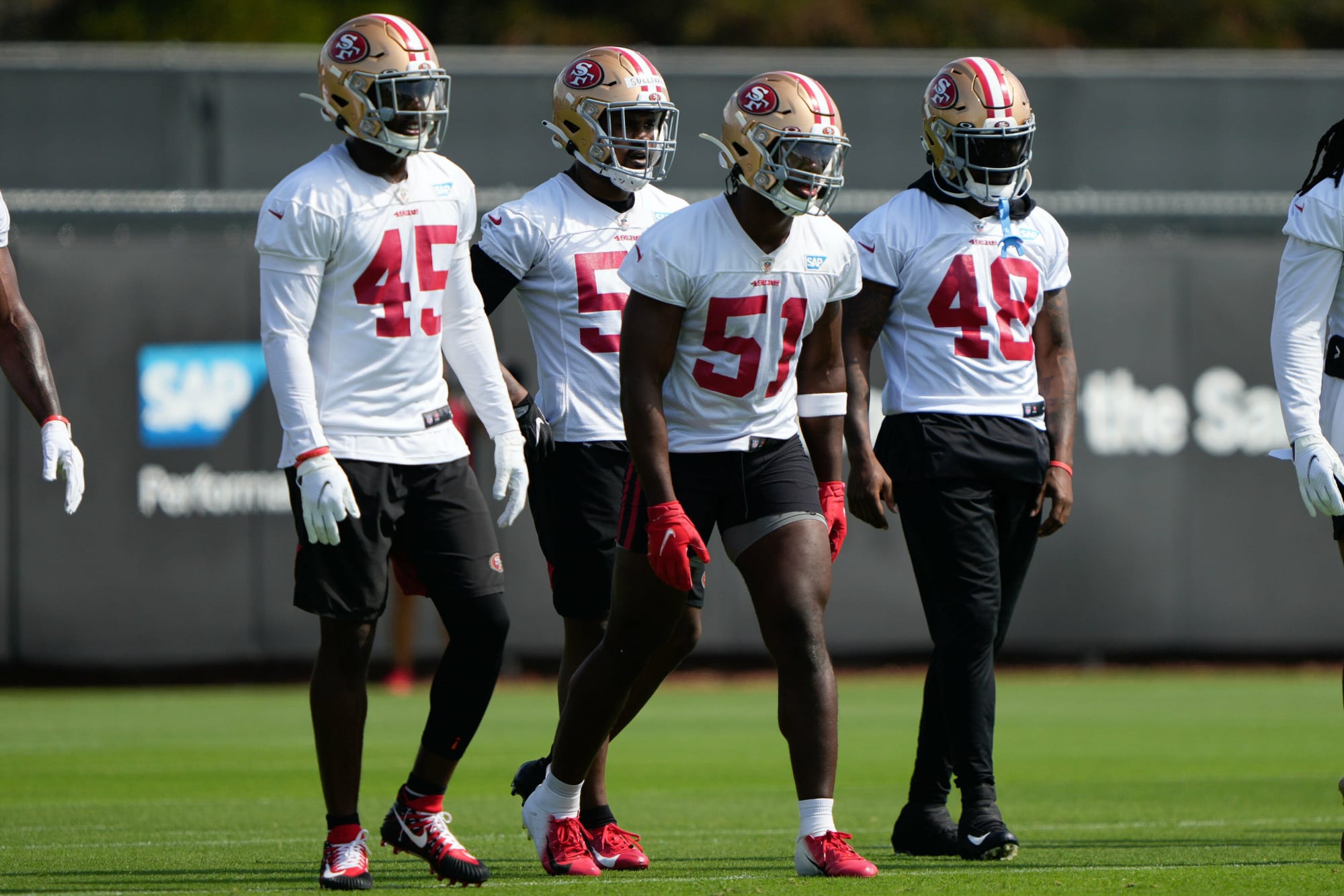 With 49ers training camp just over the halfway point, let’s take a look at which five players have impressed the most so far ahead of the preseason.

There’s been no shortage of notable storylines from San Francisco 49ers training camp. And with just over one week of practices now in the books, and the Niners gearing up for their first preseason game of the year against the Kansas City Chiefs, the focus will be on fine-tuning the depth chart and deciding which players wind up being with the first-, second- and third-string units.

San Francisco is fortunate to have the bulk of its starting positions figured out, yet not every position is set in stone, and there are a number of depth spots on the roster completely up for grabs.

So it’s prudent to monitor which players are rising and falling, especially when looking at many of those depth spots towards the back end of the roster, as well as those who could potentially challenge for starting jobs this season.

Let’s break down five 49ers players who are impressing the most over training camp thus far.

The Niners are set with their top two wide receivers, Brandon Aiyuk and Deebo Samuel, but the battle for the No. 3 wide receiver was wide open.

It looks as if Trent Sherfield is now emerging as the favorite to secure that role.

Sherfield has been one of the preferred targets for quarterbacks Jimmy Garoppolo and Trey Lance. While the starting quarterback bid is a massive camp storyline, it’s good to see Sherfield take advantage of his increasing opportunities, as The Athletic’s Matt Barrows pointed out:

At beginning of practice I wondered which WR would step up with Deebo Samuel held out today.

The 6-foot-1 Sherfield has displayed good on-field speed, and his work to create favorable situations where he can make plays should translate over into regular-season situations.

It’s still early, and there are other wideouts who could potentially steal the tertiary wide receiver spot, all signs are pointing to Sherfield being named the No. 3 guy on the depth chart this season.