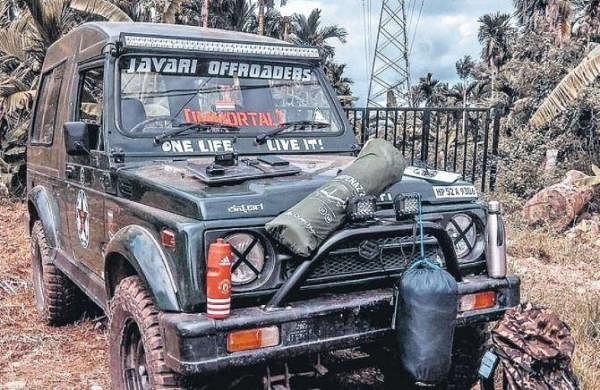 BENGALURU: Bengalureans are now adopting a new travelling culture that focuses more on self-sustenance, adventure, socialising and taking challenges head-on. For this, many city dwellers are converting their vehicles into caravans and overlanding setups and customising them to suit their travel needs.Travel enthusiasts are also seen converting four-wheelers into minivans and caravans, all by themselves. The concepts of overlanding and caravanning are getting popular among travellers. Overlanding is a concept of travelling to remote places, especially along rough terrains with minimal camping gear. Whereas caravanning is a style of living in the caravan with basic amenities as you drive around places.

Dhruv Dudeja aka Dhruv North has converted a 30-year old post office van into a caravan with sufficient amenities for living. The Bengaluru- based IT-professional bought the van in 2017 from Tamil Nadu.

“I have named the caravan, North. When I bought the van in 2017, it was in a terrible state with a lot of rumbling. It took me nearly a year to convert it into a reliable vehicle,” says Dudeja, who plans to drive the caravan across 28 states in the next two years.

It took him three to four years to fabricate the van. The vehicle includes 100 litres of water tank, a solar power system that can last for two days, a pop-top tent, two beds, and a refrigerator. It runs on diesel with a maximum speed of 50 km/hour.“I am more keen on spending my life in the caravan in the coming days with my family. I am also planning to donate my belongings as I embark on ‘van life,” says Dudeja, who also created his YouTube channel on van life called First Indian Camper.

Meanwhile, the concept of overlanding, a slightly different format from caravanning, is a trend that is gaining momentum among travellers. Manoj Lad, a city- based IT professional, has converted his gypsy into an overlander.

“I bought the gypsy from an army’s wrecking yard in 2015 and converted it into an overlander. It is now equipped with camping accessories like a tent, first-aid kit, and other items,” says Lad, who wants to serve the community during his tours. “Adventure comes along with a cause. My mission is to drive to many tier 2 and tier 3 cities and interact with the local community about football and the fitness associated with it,” he adds.Srikantha Padhy, an IT professional and an avid traveller believes that switching to van life or caravanning is a sustainable, budget-friendly and safe travel culture, especially after the pandemic.

With an investment of R50,000 in 2018, he converted his minivan into a self-sustained vehicle with a storage system, dual bed setup, lighting and air-coolers. “Since it is a rear-wheel vehicle, driving off-road is an accessible option. However, after the pandemic, I have increased the number of trips in the caravan. I used to check in to homestays earlier. But when hotels were shut during the lockdown and with safety concerns still prevailing, the caravan became more useful, says Padhy who has travelled across South India and parts of the North by staying put in his mini-caravan.