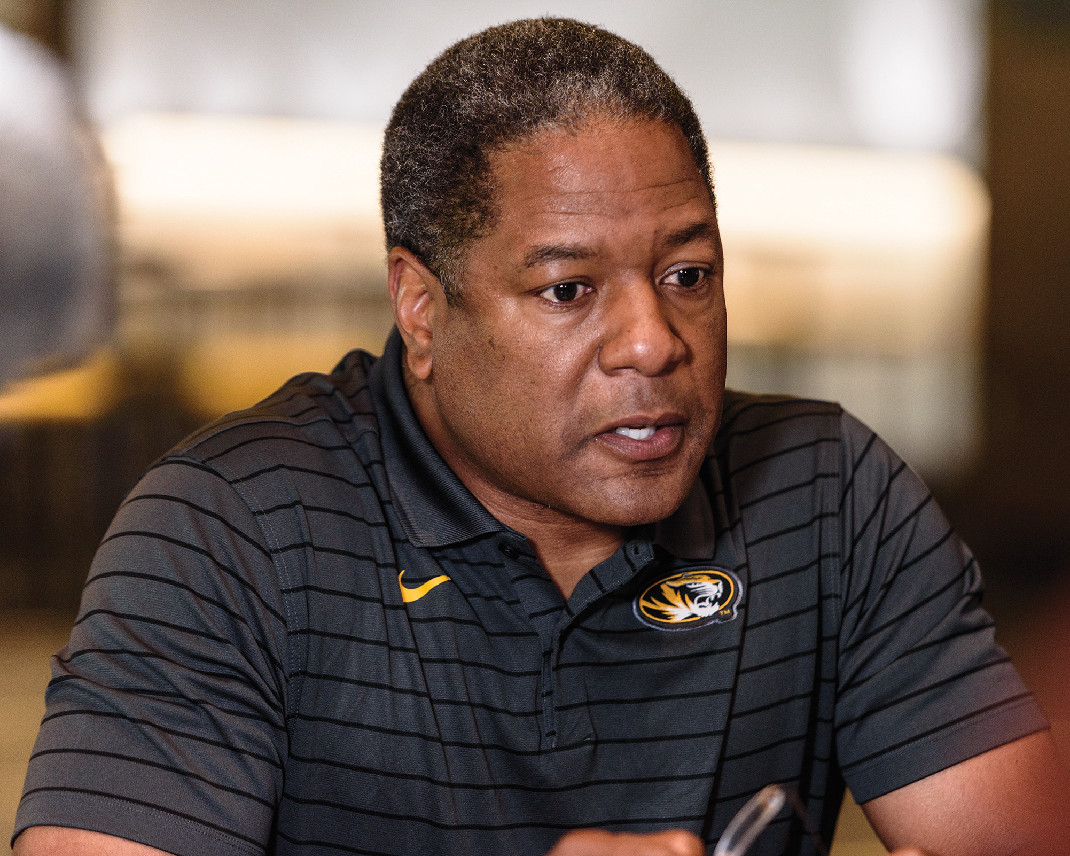 COLUMBIA — A lot has changed since the last time the Missouri football team got a full offseason to prepare for the fall schedule.

Eli Drinkwitz was still head coach at Appalachian State; name, image and likeness legislation seemed a distant possibility to anyone not named Ed O’Bannon; and Texas and Oklahoma were perfectly happy, at least publicly, in the Big 12 Conference.

With fall camp beginning Friday, and the Sept. 4 season opener against Central Michigan less than a month away, fans of Tiger football will see what a new defense looks like, led by the NFL experience of Steve Wilks, and what a Drinkwitz offense with a cemented starting quarterback can do to opposing Southeastern Conference offenses.

“I’m excited,” Wilks said Wednesday in a media session in the South End Zone complex overlooking Faurot Field. “Having a full offseason this year has been important for us, with COVID hitting last year, not having that opportunity to build that foundation, it’s been great.”

The coronavirus pandemic not only eliminated the majority of spring practices and all of the summer session in 2021, it changed how teams practiced, prepared and played during Drinkwitz’s first season in charge, including limiting Missouri’s roster in the final month of the season and forcing the Tigers to drop out of a Music City Bowl appearance against Iowa.

Drinkwitz has hired an entirely new staff of assistants after defensive departures (Ryan Walters, Brick Haley and David Gibbs) in the offseason, the newest additions Wilks, defensive line coach Jethro Franklin and secondary coach Aaron Fletcher coming on after the end of the 2020 season.

One of their first tasks will be replacing production from a year ago, after linebacker Nick Bolton and defensive backs Tyree Gillespie and Joshuah Bledsoe were drafted. Linebacker Blaze Alldredge (Rice) and defensive backs Allie Green IV and Akayleb Evans (both from Tulsa) were added to help replace some of that veteran experience.

The Tigers played a lot of man-to-man defense under Walters, with two cornerbacks, two safeties and a hybrid safety/linebacker. Expect Wilks to use considerably more zone schemes, while getting creative with linebackers and the defensive line to generate consistent pressure, something the Missouri front has struggled with for at least a few seasons.

“We have a variety of how we go about trying to attack the defense particularly, you know, being aggressive has not always been, you know, playing man to man as you saw last year a lot playing with our backs to the ball,” he said.

“We’ve got to mix it up a lot. It’s all depending on who we’re playing, based off the scheme we want to incorporate that particular week, but we’re not going to sit back, we’re going to be aggressive in what we’re doing and trying to set the tone on the defensive side of the ball.”

Missouri will also be looking to solidify Tyler Badie’s backup in the backfield after workhorse Larry Rountree III went to the Los Angeles Chargers.

“It was 22 touches a game that Larry had,” running backs coach Curtis Luper said. “So those are 22 to be had, that’s kind of the approach in the spring. So, I want someone to say, ‘Hey, I want those carries,’ and the only way they can say it is on the practice field.”

Luper said Badie’s role will be different than last season, when the speedster from Memphis was primarily an off-down back who was called upon more as a pass-catcher. Badie is now at 205 pounds, 11 pounds heavier than his listed weight in the spring.

“He’s had a phenomenal offseason. He’ll be ready,” Luper said.

Elijah Young (78 yards on 10 carries in seven games), Dawson Downing, Simi Bakare and Michael Cox are all names to look for on the depth chart, while true freshmen Taj Butts and BJ Harris could also see action.

New COVID protocols for all fall sports were announced Wednesday by the NCAA, which, similar to the NFL, permit less restrictions and testing for vaccinated individuals or those who have tested positive within the last 90 days.

Per NCAA guidelines, those groups would only need testing if displaying symptoms or if they were a close contact of a positive case, while non-vaccinated players, coaches, trainers, medical staff and other Tier 1 personnel would need weekly PCR testing in-season.

Individuals who test positive for COVID will still need to quarantine for 10 days and have at least 24 hours since last running a fever, with the NCAA noting those vaccinated can still test positive, particularly for the delta variant of coronavirus, while still being at a lower risk of hospitalization or death.