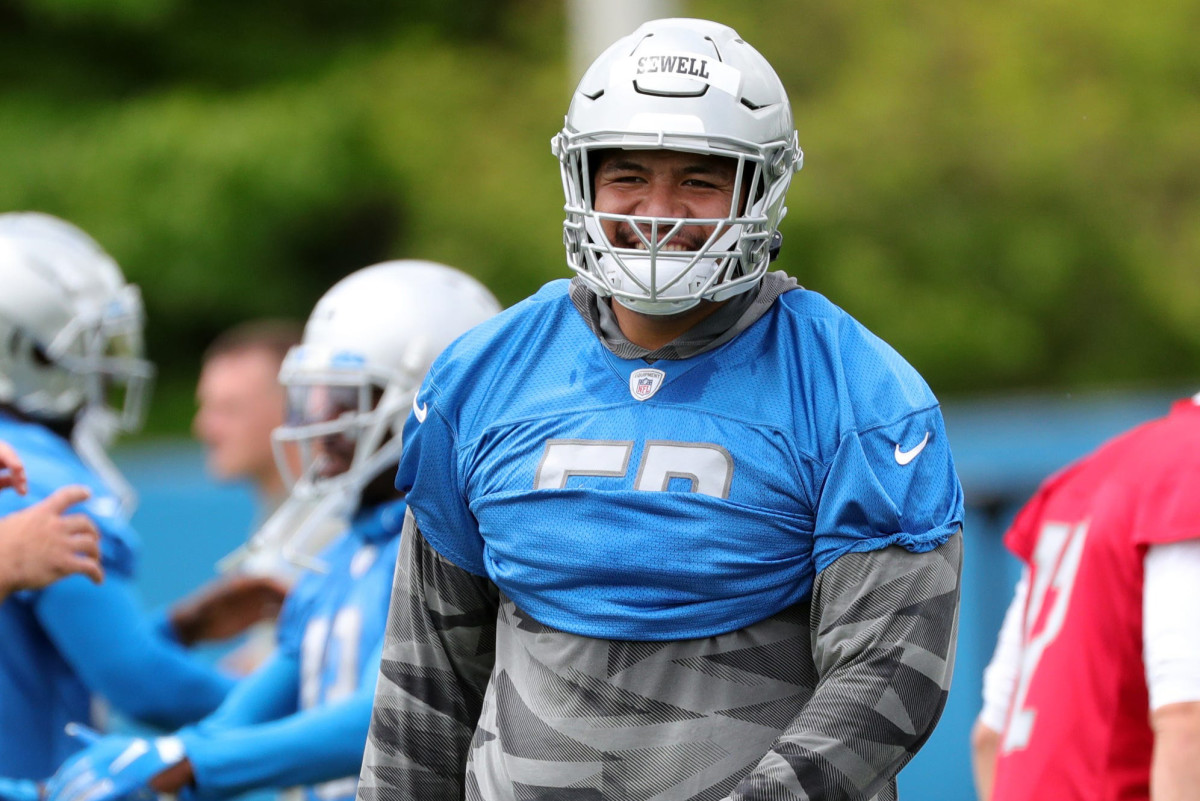 No one could have imagined that Penei Sewell would wear an Oregon uniform for the final time after the Ducks’ emotional victory in the 2020 Rose Bowl. He opted out of his junior season following the initial cancellation of the Pac-12 season, but his stock for the upcoming draft never wavered despite only playing 21 games at Oregon.

19 months have passed since Sewell last lined up in pads, but the Detroit Lions’ first-round pick is back in full gear as the Lions conducted their first padded practice Tuesday. Sewell has a newfound appreciation for the opportunity to put the pads on.

“It’s a new feeling,” he said. “It’s a feeling that I forgot throughout the process of sitting out, and I’m just not taking anything for granted. It’s a blessing to be out here and to wake up every day to do what I do.

“It’s kind of like when you’re out in the desert and you take that first sip of water. It’s something I’ve been craving for a minute.”

Sewell, who was selected seventh overall by the Lions in April’s draft, is transitioning to right tackle after spending most of his collegiate career protecting Justin Herbert’s blindside. He previously told reporters during organized team activities in May that the move to right tackle was “not that easy,” but that he was prepared for the challenge.

So how is he feeling about playing right tackle now?

“Now I’m a right tackle,” Sewell said. “I enjoy every step, enjoy every learning curve because there’s gonna be battles. I’m in the league now with the big boys, so I just got to know that everything happens for a reason and have the next play mentality.”

He admitted that there was some rust coming into training camp, but he is learning with each rep and spending time studying the playbook every night before bed.

“There’s always going to be some rust, but that’s what we’re coming out every day to do is to dust it off and to get better each and every day.”

Part of that inevitable training camp rust comes from being a rookie in the NFL, but it also comes from Sewell lining up against Romeo Okwara, who recorded a career-high 10 sacks in 2020, every day in practice.

“That man is putting me through the wringer,” Sewell said. “I know that I’m getting his best, and I try my best to give him mine.”

Sewell has learned the ropes from some of the Lions veterans in the offensive line room, including Frank Ragnow and Taylor Decker. He said the vets have told him to enjoy the experience of being an NFL player.

“They keep it simple. At the end of the day, football is football, and you got here for a reason,” he said of what his teammates have told him. “Don’t overcomplicate it. Just go out each and every day and have fun with the sport. It’s a dream — not many people can do what I do and to be able to be in the spotlight.”

The spotlight is shining on the Outland Trophy winner, but having pressure as a top ten draft pick is no problem for Sewell, who explained his mindset coming into his much-anticipated premiere season.

“No expectations from anybody else but myself and to look at the man in the mirror each and every day and to ask that same question about ‘why do I want to be great and how great do I want to be,'” Sewell said. “That’s just those two questions that I can control, and everything else after that is out of my control.”

Despite the learning curves and the grind of being a rookie in the NFL, Sewell is finding his love for the game of football all over again.

“It’s fun. Once it’s fun, it’s easier to adapt because now it turns into a passion and now you’re loving to do it.

“I’ll bring the juice each and every day.”

Who to Watch for on Offense at Oregon Fall Camp

Listen to the latest episode of the Ducks Digest Podcast HERE