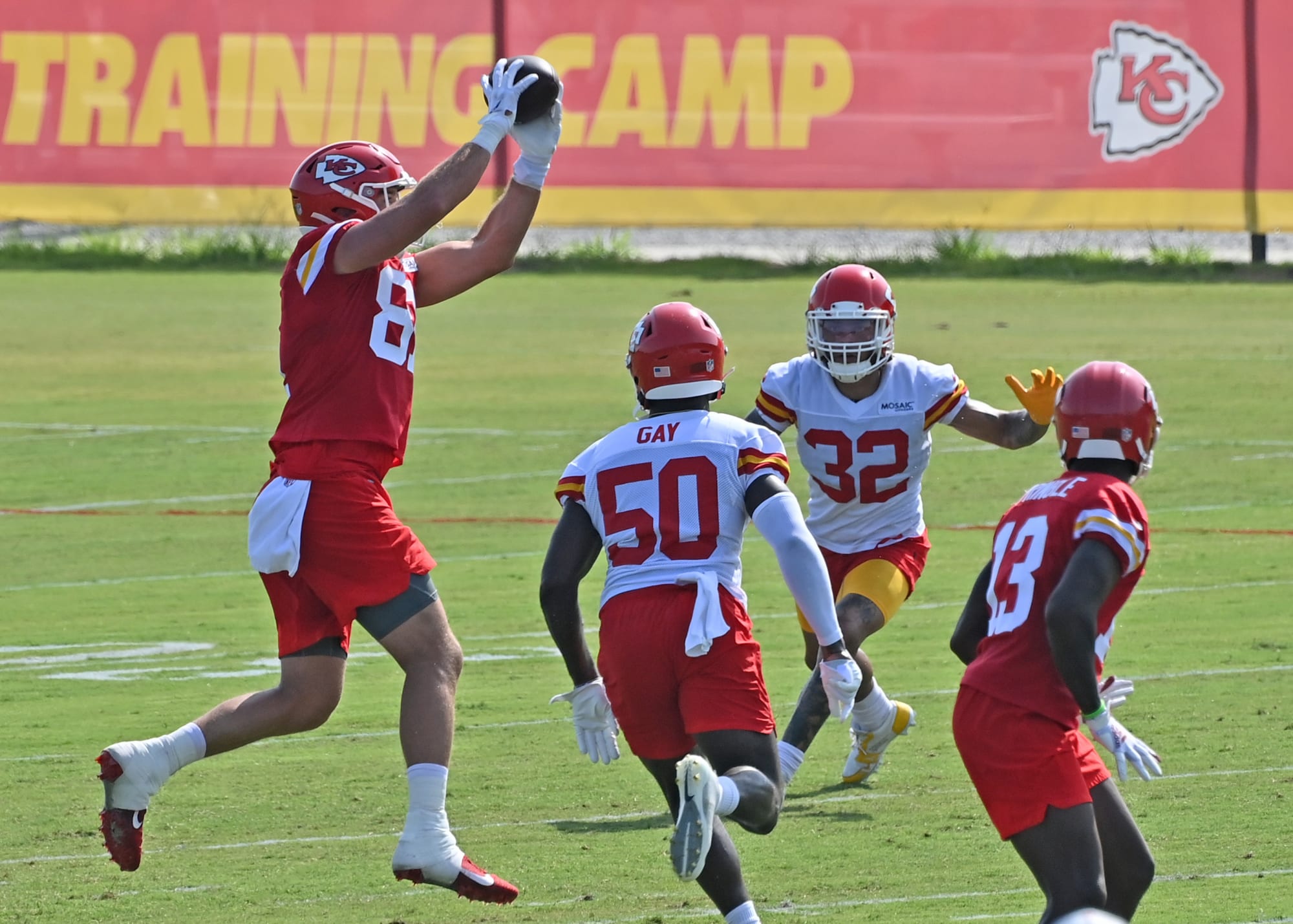 On Tuesday, everything changes for the K.C. Chiefs, as with every other team ready to put the pads on in training camp. The ability to suddenly practice in full gear is going to change the way fans and analysts see how the Chiefs are truly coming along after a week of practicing in t-shirts and shorts.

Specifically for the Chiefs, the way a player looks and performs in pads is going to make a lot of difference in helping coaches evaluate the competition at a specific position. Here are a few examples of where things could get really interesting on Tuesday and beyond in St. Joseph.

If the Chiefs are really interested in potentially having as many as three rookie linemen line up along the offensive front in Week 1, then they need to get a better look at each player when the pads are on. With guys like Jarran Reed and Chris Jones providing a menacing presence immediately across, it will be fun to see how the younger players look up front now that they’ve established themselves enough in the competition to earn reps with the ones.

For Creed Humphrey, this is his real chance to pull away from Austin Blythe and make sure no real competition emerges (although it already looks that way from the playing time he’s getting there at center). For Trey Smith, he’s got solid veterans aiming for the right guard role, but if he can look like the dominant mauler he’s been in the last week with pads on, he could have an edge given his natural skill set.

For Lucas Niang, it will be interesting to see how he looks with pads on because there’s an open door for someone there. Mike Remmers is dealing with back spasms and Andrew Wylie has been given reps there as well. No one has the sort of experience, readiness, or contract to guarantee them the role, which means it will be a true competition for the next month to claim that role opposite Orlando Brown Jr.

With Ben Niemann and Anthony Hitchens injured during the first week of camp, the Chiefs have spent more time with younger linebackers on the roster than expected. Specifically, we’re excited to see what Nick Bolton looks like in the pads because it’s here that he becomes even more of a difference maker.

With pads on, Bolton has first-round talent. Unfortunately, he had to sit through a pre-draft season in which a player’s  natural athleticism is charted in a sort of “underwear olympics,” as the NFL combine is called. Bolton doesn’t time as fast as others with a stopwatch on an open track, but his instincts and burst in pads make him leap off the tape during game film.

It will be fun to see how Bolton looks when he’s dressed for the part at the pro level.

The Chiefs have held back on any major cornerback upgrades this offseason and it’s clear they believe in the young core they have in house. That means that the Chiefs will get an extended look at two former first round talents in pads for the first time together when Deandre Baker and Mike Hughes come to camp on Tuesday.

It’s one thing to showcase fluid hips when wearing typical summer clothes. It’s another to look the part when trying to track the ball out of Patrick Mahomes‘ hand. How will these young corners look when the pads come on? Will the Chiefs feel as confident? We’ll have to see.