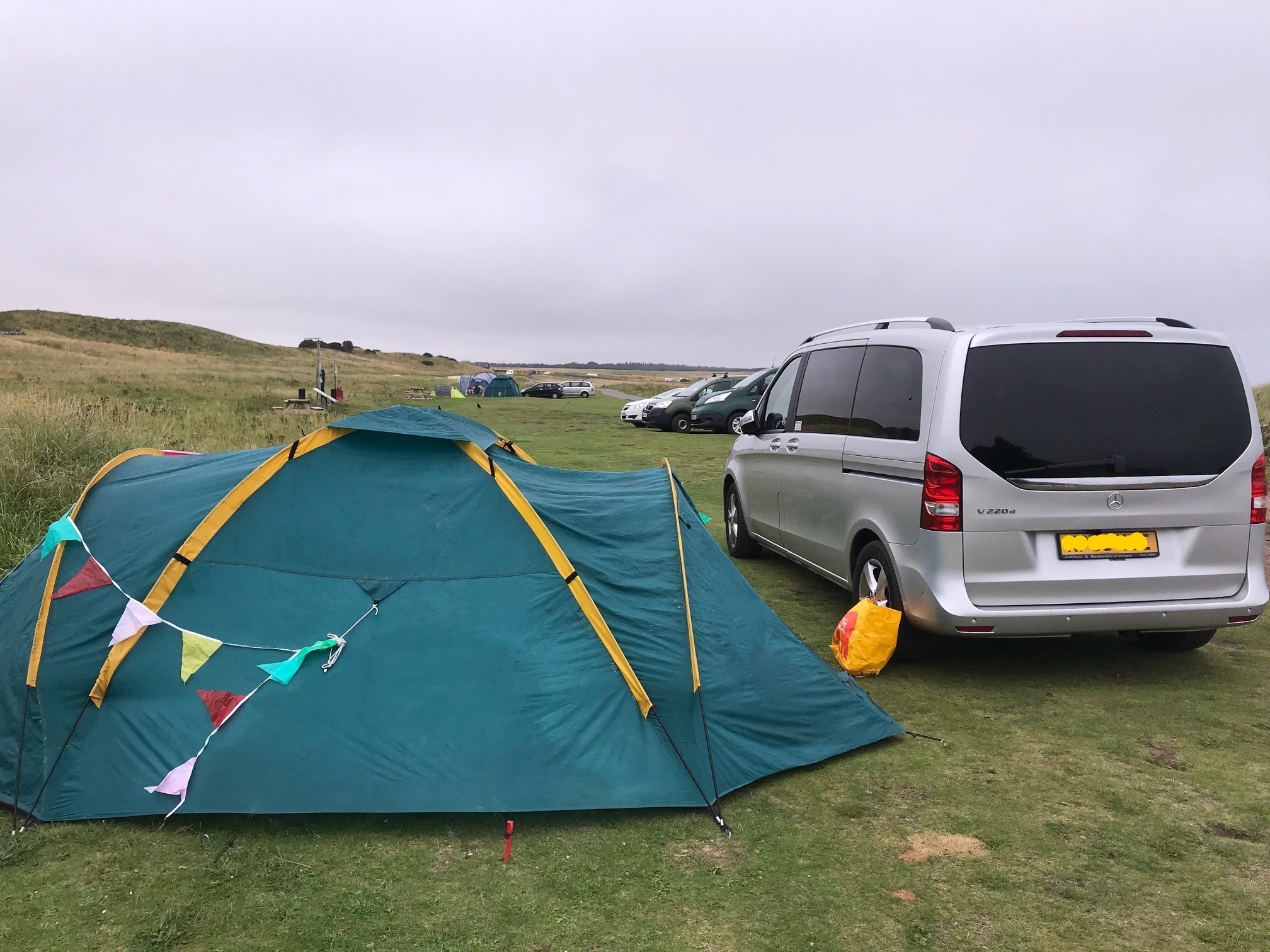 CONCERNS have been raised about the environmental damage being caused by campers pitching up on protected areas of East Lothian’s coastline, as it emerged families had been seen using shopping trollies and wheelbarrows to unload camping gear.

Countryside rangers tasked with maintaining the county’s coast hit out after another warm weekend saw eager campers head to beaches and beauty spots.

Rangers reported finding hammocks strung up at two beach sites and spoke to one family group who had set up camp at Yellowcraig with 10 tents between them – advising them to book into a ‘proper campsite’ in the future.

East Lothian has a wild camping only policy along its shoreline, parts of which are protected as areas of Special Scientific Interest.

But while the rules mean people should not be arriving in cars or in large groups, it appears they are not always being followed.

Images of cars next to tents were shared by the rangers from a number of beaches.

And visitors were warned by ranger Richard English that the continued pressures on the coastline were causing unknown damage.

He said: “The definition that we work to is that wild camping should be: part of a pedestrian or cycled journey; lightweight – every piece of equipment is carried as part of that journey by the camper; done in small numbers – a maximum of four campers together; and short-term – no more than two nights in any one site.

“The bad news is that the vast majority of camping that we’ve seen on our coastal sites is not true wild camping.

“It often consists of large groups, with family-sized tents and all manner of kit, sometimes hauled on-site in trollies or wheelbarrows from a nearby car park.

“These levels of camping are simply not sustainable. Much of the East Lothian coastline is recognised for its ecological value and has some degree of protection as a result.

“The impact of sustained high levels of camping is difficult to assess, but it seems clear that the natural environment will suffer as a consequence.”

Richard said that a recent weekend had seen more than 140 tents at Yellowcraig, the biggest draw for visitors in the county, with “no more than five per cent” falling into the definition of wild camping.

On Saturday morning, patrols of some of the county’s beaches found 32 tents at Yellowcraig – 10 from the same family group – 22 tents and a hammock at nearby Tyninghame, and a hammock and 10 tents at Linkfield, near Dunbar.

And they continued to find smouldering fires at the beaches, despite warnings about their danger.

In total, 142 parking fines were issued at East Lothian’s coastal car parks over the weekend and countryside rangers were deployed on a litter pick after rubbish was left behind by visitors.

A council spokesperson said: “Despite a slightly cooler Saturday, our coastal and countryside sites were still busy, albeit there were not as many visitors as previous weekends.

“There were a surprising number of tents overnight on both Saturday and Sunday – including an extended family group with 10 tents.

“Again, we would remind people that this is a Site of Special Scientific Interest and they should book into proper campsites which have the required facilities.

“Countryside rangers spoke to groups and individuals across the county.

“While sites were generally in good order, a number of fires were found smouldering on beaches at Tyninghame and Yellowcraig which needed to be doused by the countryside rangers.

“Rangers also undertook a litter pick at Yellowcraig due to the large amounts of debris left there.”