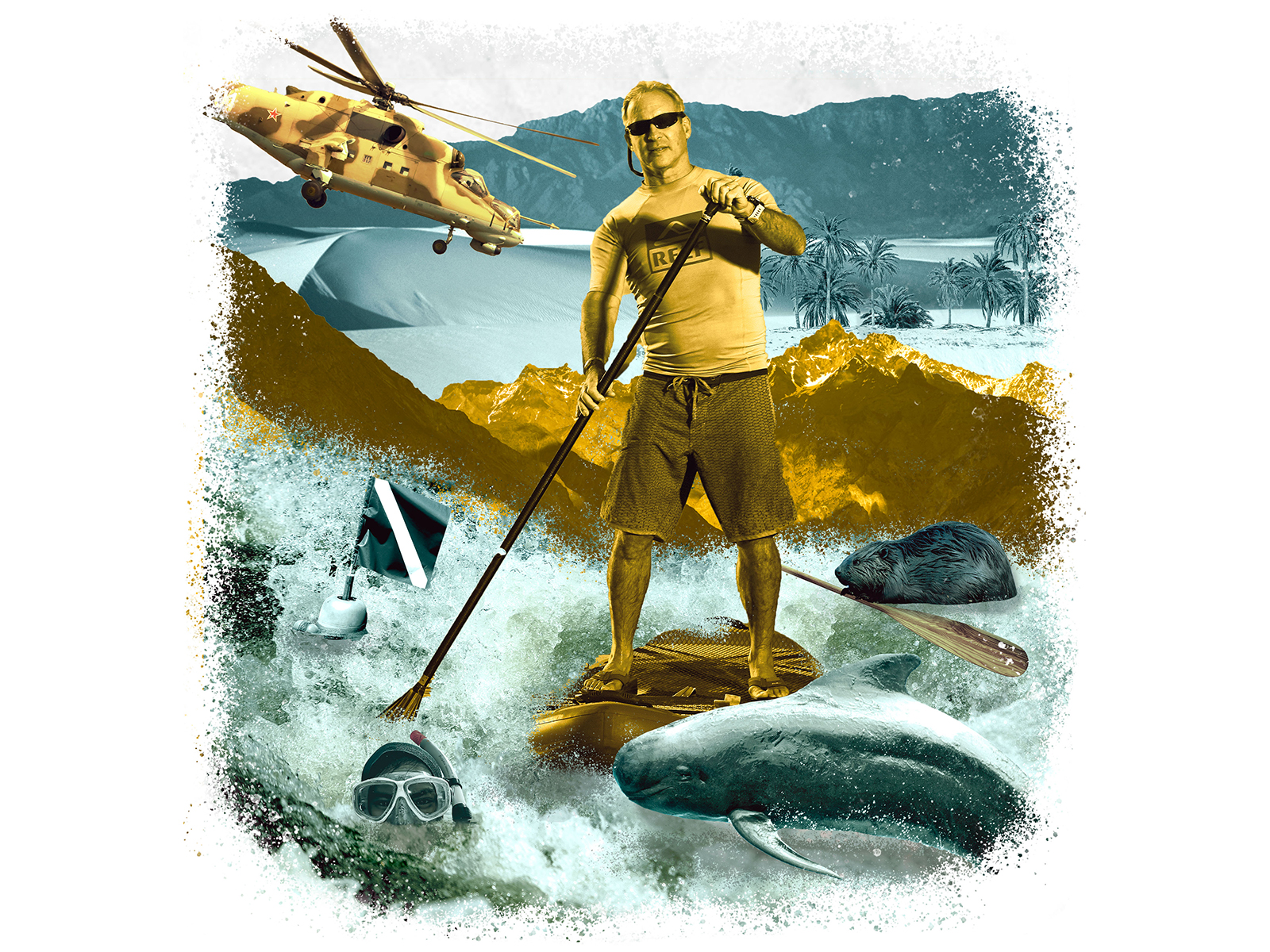 Peter Heller’s new thriller, The Guide, out August 24, is set at a boutique fly-fishing lodge near Crested Butte, where the mountains are beautiful, the trout are tricky, the rivers are cold, and a pandemic lurks. Heller’s invented world, however, may be more believable to Coloradans than the Denver-based novelist and former expedition kayaker’s stranger-than-fiction real life. Can you guess which of these water-based adventures are true and which are fantasy?

1. The Japanese government once issued an arrest warrant for Heller and actress Hayden Panettiere (Heroes, Nashville) for their roles in the award-winning documentary The Cove. The crime? Paddling surfboards into a small bay, where local fishermen were actively killing pilot whales, to protest the slaughter.

2. After being dropped off in Tajikistan’s Pamir Mountains at more than 12,200 feet by Russian military helicopters to make the first kayak descent of the Muksu River, Heller and his fellow paddlers were given up for dead when it took two days longer than expected to complete the wolf- and snow-leopard-filled first leg.

3. Heller and two friends spent three days snorkeling 20 miles of the Gunnison River with only wetsuits, masks, fins, and truck-tire inner tubes to hold their camping gear and fishing poles. To spot each other over the massive rapids, they attached red scuba diving flags on four-foot wands to their tubes.

4. While canoeing in Minnesota’s Boundary Waters, a wilderness area on the Canadian border filled with more than 1,100 lakes, Heller had his wooden paddle stolen by a beaver during the night, forcing him to craft another using a stick, tape pulled from a Billy Joel cassette, and his dinner plate.