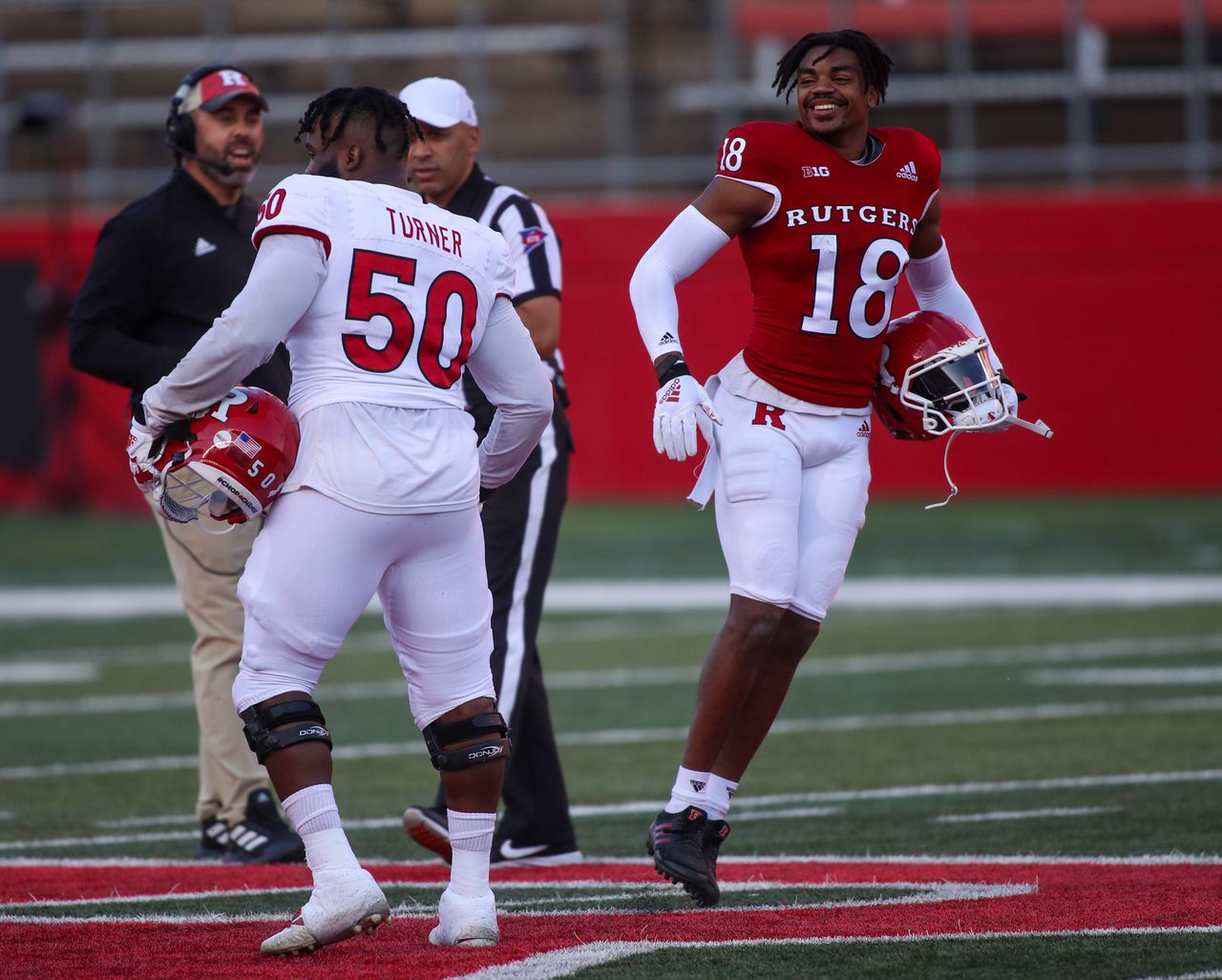 Rutgers coach Greg Schiano could look at his team’s depth chart and start to dream big.

All 11 offensive starters are back, and the defense features nine players who started last season.

“It is nice when you look at it and say, ‘Well, these guys have played and we have some young guys that will push them from behind,’ ’’ Schiano said. “So there’s competition and then there’s some experience.’’

However, there’s also the fact that Rutgers finished with twice as many losses as wins last season.

“The flip-side to that is we were a 3-6 team,’’ Schiano said. “So unless we get markedly better … and that’s my job and that’s our staff’s job. We have to get better.’’

Here are the Scarlet Knights’ five most important players heading into training camp:

Schiano called Fatukasi his biggest offseason recruit — and for good reason. The linebacker nicknamed “O3′’ led the Big Ten and ranked ninth nationally with 11.2 tackles per game last season. That was the best tackles-per-game average for a Rutgers defensive player since 1999. The 6-2, 240-pound Far Rockaway, N.Y., native is on the preseason watch list for some of college football’s most prestigious awards, including the Bednarik Award (nation’s top defensive player), the Butkus Award (nation’s best linebacker) and the Nagurski Trophy.

There’s a reason why Melton was tapped as a candidate for the Biletnikoff Award, which recognizes the nation’s top wide receiver. The senior from Mays Landing ranked third in the Big Ten with nine total touchdowns, fifth with six receiving touchdowns and fifth with 638 receiving yards last season. The 5-11, 195-pound Melton also is expected to return kicks and punts after totaling five games with at least 100 all-purpose yards and posting three multiple-TD scoring games last fall.

Vedral arrived at Rutgers in late June, then had an abbreviated training camp to learn offensive coordinator Sean Gleeson’s playbook on the fly. The Nebraska transfer turned in a solid debut campaign for the Scarlet Knights, ranking third in the Big Ten with a 61.5 completion percentage, third with 19.4 completions per game, fifth with nine passing touchdowns and seventh with 1,253 passing yards despite missing two games because of injury. Now fully healthy from an ankle injury that cost him the 2020 season finale, Vedral enters training camp as the presumptive starting quarterback. “

There are two numbers to keep in mind when it comes to the Scarlet Knights’ star running back: 1,000 and 461. The latter number is how many yards Pacheco needs to move into the top 10 of Rutgers’ all-time rushing leaders. As for 1,000, keep in mind that no Rutgers running back has eclipsed the grand plateau since Jawan Jamison accomplished the feat in 2012. Pacheco, who enters his fourth year with 1,795 yards and 13 touchdowns, is looking to build on a campaign in which he ranked eighth in the Big Ten with 515 rushing yards.

Cruickshank had big expectations after arriving at Rutgers last season fresh off returning a kickoff for a touchdown in the Rose Bowl for Wisconsin. And the Brooklyn native lived up to the billing by earning the Big Ten’s top return specialist award. The 5-10, 170-pound speedster led the nation with two kick returns for touchdowns in addition to ranking fourth nationally and first in the Big Ten with 671 return yards.

Thank you for relying on us to provide the journalism you can trust. Please consider supporting NJ.com with a subscription.

Keith Sargeant may be reached at ksargeant@njadvancemedia.com. Tell us your coronavirus story or send a tip here.