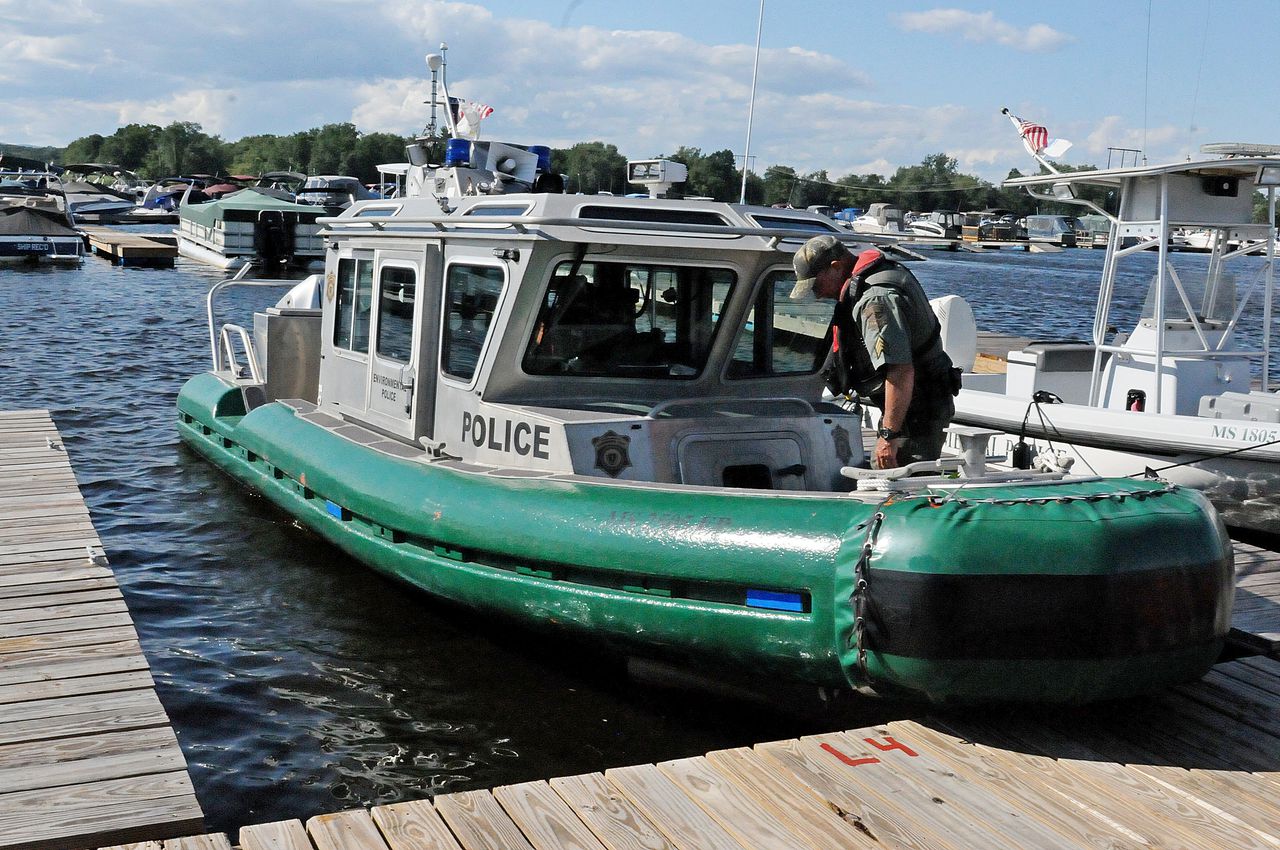 A group of nine men was evacuated by Environmental Police from in the Connecticut River in Northampton Friday after rising water levels left them stuck on a small high point at the north end of the island.

Sgt. Jerry Shampang said he and Officer Theresa Walsh shuttled the men in the service’s rescue boat, two at a time, from their campsite approximately one and a quarter-miles to the Sportsmen’s Marine in Hadley, towing their canoes and carrying camping equipment.

Shampang said conditions on the river were hazardous. In order to get to the campers’ location, the Environmental Police rescue boat had to make its way several miles upstream from its berth at the Oxbow Marina. Shampang said Walsh, who was piloting the boat, had to dodge debris floating in the water including large logs and sometimes full trees, pushed downstream by the strong current.

“We went there this morning to strongly urge them to get off the island before the river got to their campsite,” Shampang said.” When we arrived they only had about 4 or 5 feet of freeboard before the water would have submerged their site and the levels were rising noticeably.”

The men, all from Connecticut, were taking part in an annual get-together on the Northampton island. They had set up their campsite in the interior of the island at its highest point.

“They knew the water levels were coming up,” Shampang said. “Some had camped out last night and gear they had stored on the shore was floating the next morning. Even as we spoke to them the water level came up noticeably.”

A line of severe thunderstorms passed through southern parts of New Hampshire Thursday evening, dropping 4 to 5 inches of rain and causing flash flooding and widespread damage. Shampang said under normal circumstances heavy rainfall upstream takes 24 to 48 hours to crest on the lower portions of the river.

According to the National Weather Service hydrologic gauge at Northampton, the Connecticut River rose from 103 feet to over 107 feet within a few hours.

The Environmental Police were forced to close the Easthampton boat ramp on Route 5 because of the dangerous conditions on the river. Before access was cut off, Shampang said 63 boats were pulled out by their owners.