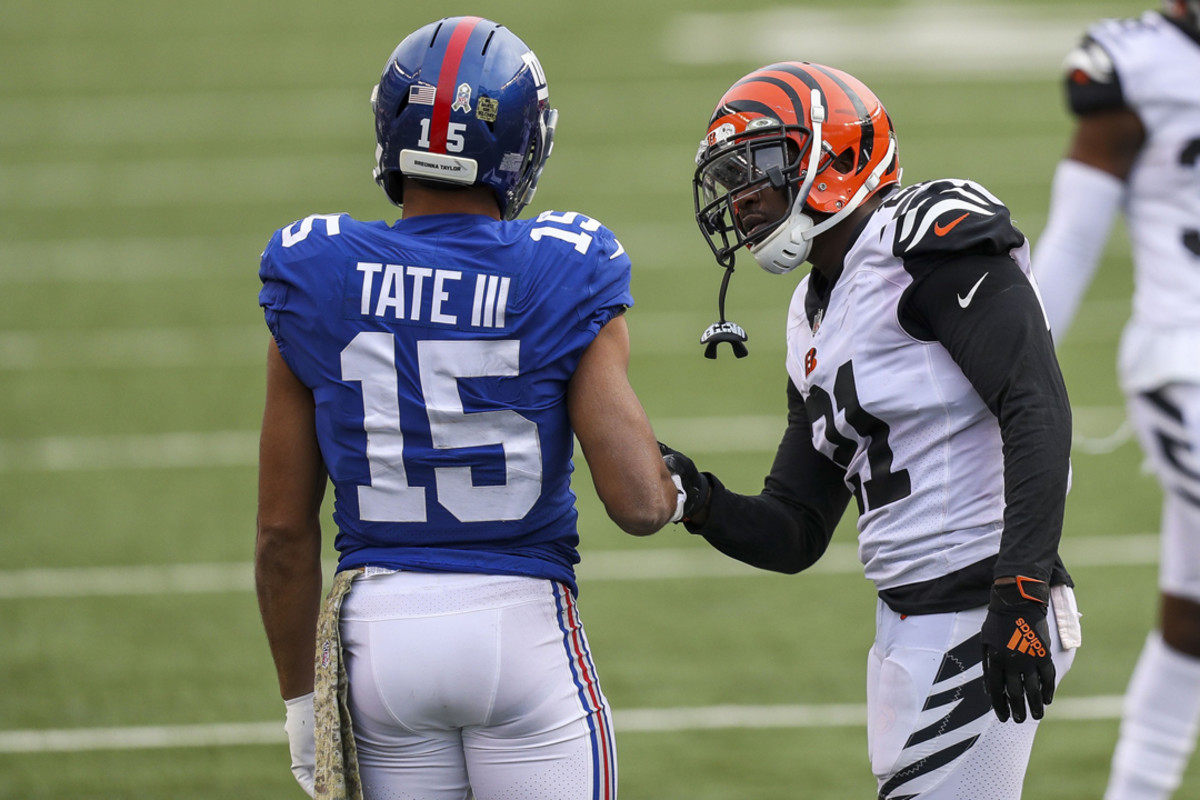 With training camp practice set to begin Wednesday, the Detroit Lions are gearing up for another NFL season.

There are plenty of storylines to pay attention to with this team, including the presence of a new head coach in Dan Campbell and a first-year general manager in Brad Holmes.

Another storyline is that of roster flexibility.

The Lions currently sit at 89 players, meaning they could bring in another player to compete for a roster spot.

Ultimately, the Lions will trim the roster down to a regular season count of 53.

For now, however, there will be at least 89 players taking the field in Allen Park, hoping to impress the new coaching staff.

Here are six players who should be considered to become player No. 90 on the Lions’ 2021 training camp roster.

Formerly of the New Orleans Saints, Alexander has ties to Campbell and new Lions defensive coordinator Aaron Glenn. He’s talented enough to start right away at inside linebacker, and the familiarity would only add to the chance that Alexander could be an instant contributor.

Alexander is still just 26, meaning he could still have a little bit of upside to him, too. He’s struggled with injuries a bit in his career, having played in all 16 games just once in seven seasons.

Despite that, his experience could be important on a younger team, and he could be someone who sticks around as a veteran leader.

It’s also important to note that Alexander has been cleared to play after suffering an Achilles’ injury, per ESPN NFL reporter Adam Schefter.

His injury history is a contributing factor why he’s still available at this point, and the Lions could very well take advantage.

Another player with ties to New Orleans and the Lions’ coaching staff, Vaccaro is a player who has been a solid contributor throughout his career. As a youngster in the NFL, Vaccaro emerged as a solid contributor, and earned a second contract from the Saints.

He didn’t grade out well last season, his only one with the Tennessee Titans. According to Pro Football Focus, Vaccaro’s average grade in pass coverage was just a 60.1, and he managed only a 47.6 grade against the run.

With that said, he’s another guy who could bolster a position of need. He would be a candidate to start right away, too. Playing predominately strong safety in 2020, he could fit opposite Tracy Walker.

Gurley is a player who the Lions have been linked to in the past month. He came to Allen Park for a visit during minicamp, and Campbell has spoken on the team’s interest in him, as well.

Younger running backs are more popular than older ones in the eyes of most teams, due to a lighter past workload. However, Gurley wouldn’t have to be a feature back in Detroit, which means he could be a good fit.

Gurley could be a veteran presence and take some of the workload off youngster D’Andre Swift. Should Gurley come to Detroit and take on some of his past form, the Lions could have quite a trio in the backfield with Swift, Jamaal Williams and Gurley.

The first former Lions player on this list, Tate was exceptional during his time in Detroit.

The Lions need help at wide receiver, and they’ve already made two additions on the outside. This leaves the slot position to be addressed.

Detroit has rookie Amon-Ra St. Brown set to spend time in the slot, along with Kalif Raymond. If Tate comes back aboard, however, there would be experience at the position, which could prove to be valuable with a rookie like St. Brown.

Tate was always reliable in Detroit. He would be a welcome addition to a largely unproven wide receiver corps, and he would almost certainly be welcomed back with open arms.

Wright would fill a similar need to Alexander — the inside linebacker role. Wright has been around the league longer than Alexander, and would take on more of a leadership presence.

Wright is likely still good enough to get substantial playing time, due to the struggles this team is bound to face. Additionally, it would likely make Detroit an attractive option.

Wright is a Super Bowl winner who has a proven track record of being able to help build a winning culture.

He’d be good enough to play in Detroit, but the contributions he’d have inside the locker room would go far beyond the playing field.

It would be a homecoming for Heath, should he sign with Detroit.

Born in Lake Orion and an alum of Saginaw Valley State, Heath has carved out a nice career for himself in the secondary.

Most notably an ex-Dallas Cowboy, Heath spent last season with the Las Vegas Raiders. He picked off three passes last year, which tied a career-high mark. Additionally, he’s always been fairly healthy and reliable, which are two major bonuses.

There’s a lot of uncertainty in the Lions’ secondary outside Tracy Walker.

Bringing in Heath or another option would provide valuable competition. And, the likelihood of playing time and the proximity to home make Detroit an enticing potential destination for Heath.

Become a premium AllLions member, which grants you access to all of our premium content and gets you a FREE subscription to Sports Illustrated! Click on the link below for more