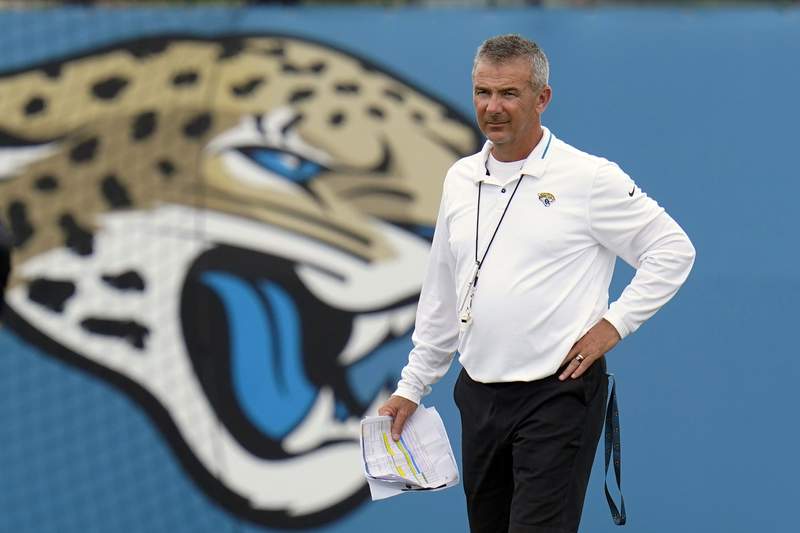 JACKSONVILLE, Fla. – Tuesday was like Christmas day for football fans.

The NFL offseason is officially over.

After an offseason that has felt like it lasted longer than the final season of “Game of Thrones,” football is finally back. Tuesday the Jaguars veteran players reported to TIAA Bank Field for training camp.

Tuesday was more of a check-in day as players brought in gear got their lockers ready and some players put on their game Jerseys to shoot some team promos.

The real work will start on Wednesday when the team hits the field for the first day of camp with new head coach Urban Meyer.

With so many changes around the team, the list of things is pretty long. The top things on most fans’ lists are Trevor Lawrence, Meyer and Tim Tebow. Don’t get me wrong, I am excited about all of those things, but they don’t crack my top five.

By far the thing I am most excited about is being able to have in-person interviews with players and coaches again. I know from a fan perspective the coverage didn’t change much, but doing interviews the entire season over Zoom made telling stories and getting to know players significantly more difficult.

The top football-related thing that I am excited about is seeing the players on the field going full speed. That doesn’t sound like some big thing but let me explain.

Meyer has put a huge emphasis on football performance and getting players in better shape. Visibly, I can see that guys like Cam Robinson, DJ Chark and Taven Bryan have reshaped their bodies. The Jaguars have said that guys have added weight and maintained their speed, and in some cases, even gotten faster.

I’m not typically a stopwatch guy at training camp but I’ll have mine out and be paying close attention to just how fast some of these guys are moving on the field.

I want to know what you think.

Drop a comment and let me know what you are looking forward to about training camp. Or, you can send us something through our News4Jags mailbag.