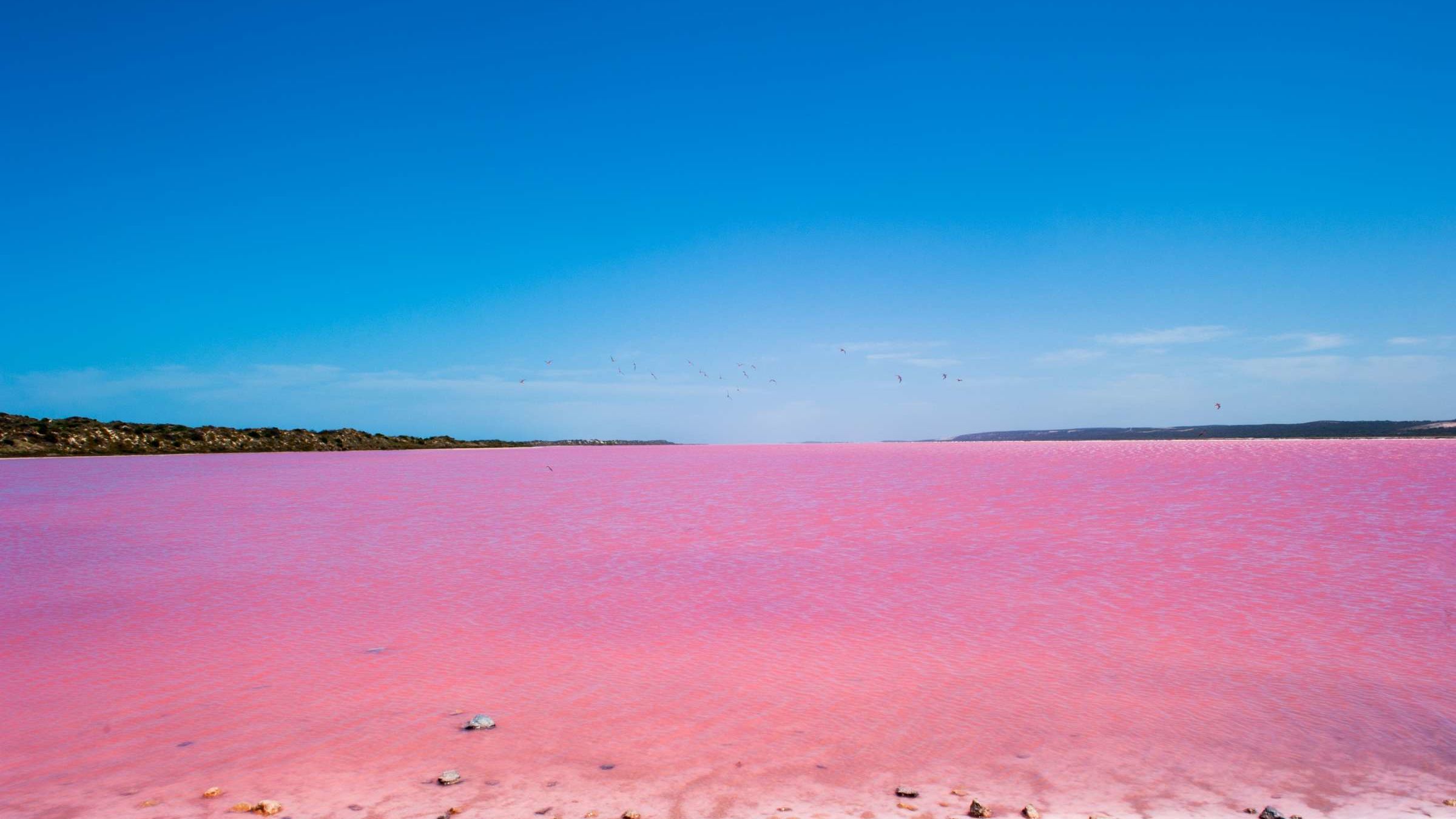 Wander around Argentina’s southern Patagonia region and you may come across a scene that looks like something out of a Lisa Frank drawing. In July 2021, a lagoon in the area turned an eye-catching shade of magenta. It’s not the only candy-colored body of water on Earth, but unlike the famous pink lakes in places like Australia, this one isn’t natural.

As Independent reports, the deep pink color of the Corfo lagoon is the result of pollution from local fish factories. The factories use an antibacterial agent, sodium sulfite, to preserve prawns before shipping them. When waste containing the product contaminated the lagoon earlier this month, it gave the waters an unnatural hue. The shocking color change is part of a pattern of environmental issues plaguing the area; locals have previously complained about unpleasant odors caused by runoff from the fish processing plants.

Images of the polluted lagoon are reminiscent of the famous Lake Hillier in Australia. Though it looks just as artificial as the water in Argentina, Lake Hillier’s bubblegum-pink color is a natural product of its ecosystem. Though its causes aren’t totally clear, experts believe the Australian lake is tinted by a reddish type of algae called Dunaliella salina. The body’s high salinity makes the perfect environment for the tiny creatures, which could explain their overwhelming presence in the water. Lake Hillier isn’t the world’s only naturally pink lake, but it is notable for sporting the color year-round.

Corfo’s pink shade is a sign of something much different. Juan Micheloud, head of environmental control for the region, told AFP that the chemicals won’t harm the lake and the odd color will go away on its own after a few days. Activists and residents are skeptical, however, and they’re demanding that local industries do more to lessen their impact on the environment.