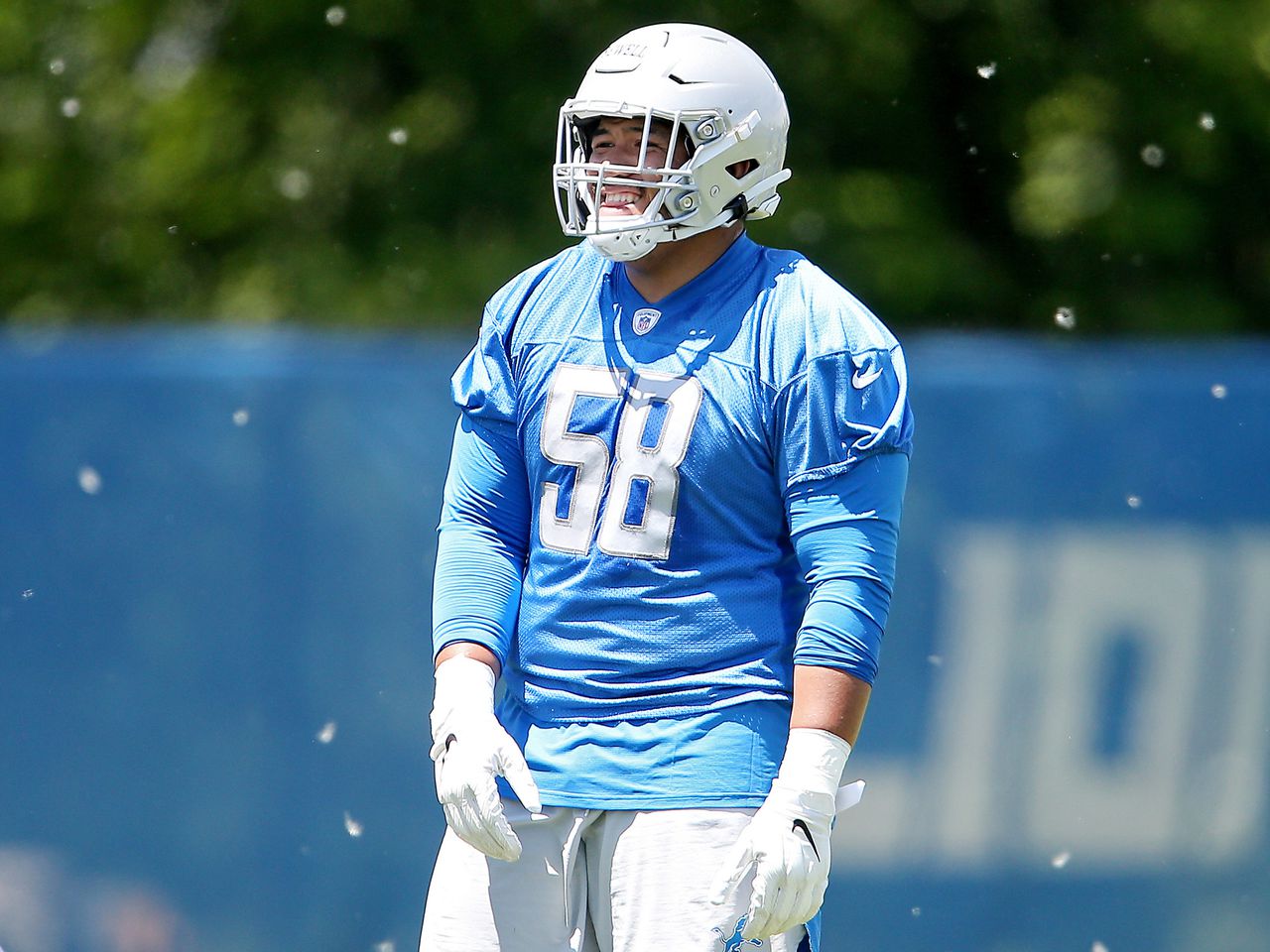 The Detroit Lions have a new head coach and general manager. They have an almost entirely new staff that is installing new schemes on all sides of the ball. They have a new quarterback. You’d be hard-pressed to find another organization that has undergone more change than your Detroit Lions. On Wednesday, those very new-look Lions will open training camp in Allen Park. MLive will break down what’s new and what to look for at every position over the coming days. Today: Offensive line. Previously: Quarterbacks | Running backs | Wide receivers | Tight ends

Breakdown: While expectations couldn’t be much lower for Detroit this season — the club is currently an underdog for all its games — they couldn’t be much higher for the offensive line. That’s what happens when you spend years investing blue-chip resources into that unit, and while Bob Quinn didn’t do nearly enough right, he did invest well and wisely up front.

Nobody has spent more first-round picks on offensive linemen than Detroit in the last seven years, and now some of those pieces are starting to pay off. Taylor Decker, the first draft pick of the Quinn era, is coming off his finest season yet, a campaign that saw him allow just two sacks while playing a team-high 1,046 offensive snaps. He was the third-best pass blocker among all offensive tackles in the league, according to ProFootballFocus, and the 12th-best player at the position overall. That’s borderline-elite stuff.

Frank Ragnow, on the other hand, was elite, period. He was taken in the first round in 2018, then spent a pretty good season at left guard before sliding to center for a good season in 2019 and then, well, an elite season in 2020. He allowed no sacks and just one quarterback hit all year — a year that happened to include a Dec. 13 game against Green Bay where he fractured his throat in the first quarter. Ragnow not only stayed on the field, but never missed a snap, and never allowed so much as a quarterback hurry, much less a hit or sack. He became the first Lions center to be named to the Pro Bowl since 1997 (Kevin Glover).

Decker and Ragnow are two of the best young offensive linemen in the league. Both are signed through at least 2024 too, after both inked big-money extensions in the last calendar year. Then incoming general manager Brad Holmes used his first-ever draft pick to add Penei Sewell to the mix, the best offensive line prospect in the country. This guy was starting at left tackle as a 17-year-old in the Pac-12, became the first sophomore ever to win the Outland Trophy the following year and allowed just one sack — one — in his career at Oregon. The only real question about him is how well he’ll take to moving to right tackle in Detroit, a position he has not played since high school. He seemed comfortable during the offseason program, but has yet to strap on pads in the NFL and a learning curve can be expected once the hitting starts. But if Sewell proves to be as-billed, the Lions will have a talented trio around which to build their front — and their offense — for years to come.

That’s a damn fine start, and the Lions have some pretty good options at the remaining spots too. Jonah Jackson, last year’s third-round pick, is coming off a nice rookie season at right and then left guard. Halapoulivaati Vaitai, last year’s top free-agent signing, is coming off a disastrous season that saw him battle injury and performance issues from the jump. But there’s a reason Vaitai was given all that money. He’s a massive body, an avid run blocker, and his move inside to right guard — plus the arrival of Sewell on his right shoulder — should help take some of the pressure off. If he comes close to playing like the Lions envisioned he would last year, this front should be among the league’s best. There’s no other way to put it.

There are two big unknowns to consider. One is the future of Tyrell Crosby, who held up well while stepping in for Vaitai at right tackle last season. But with Sewell aboard and Decker locked in for the foreseeable, Crosby doesn’t have a path to the lineup at offensive tackle. The Lions would of course benefit from having his experience coming off the bench, but that might not be a luxury they can afford, especially with Crosby eligible to hit free agency next offseason, which point he could lost for nothing. The Lions reportedly tested the trade market for Crosby earlier this offseason, and could look to move him again when training camps gear up this week and guys go down across the league.

The other unknown is Logan Stenberg. He was a fourth-round pick just last year, and will be given every opportunity to win a bench job in camp. But he also didn’t play a single offensive snap last year, even when guys in front of him went down with injuries, which is usually not a good sign of where a player’s at. It’s impossible to say what Stenberg’s future holds, especially now that the coaching staff that drafted him is out, and he will be a key player to watch in camp.