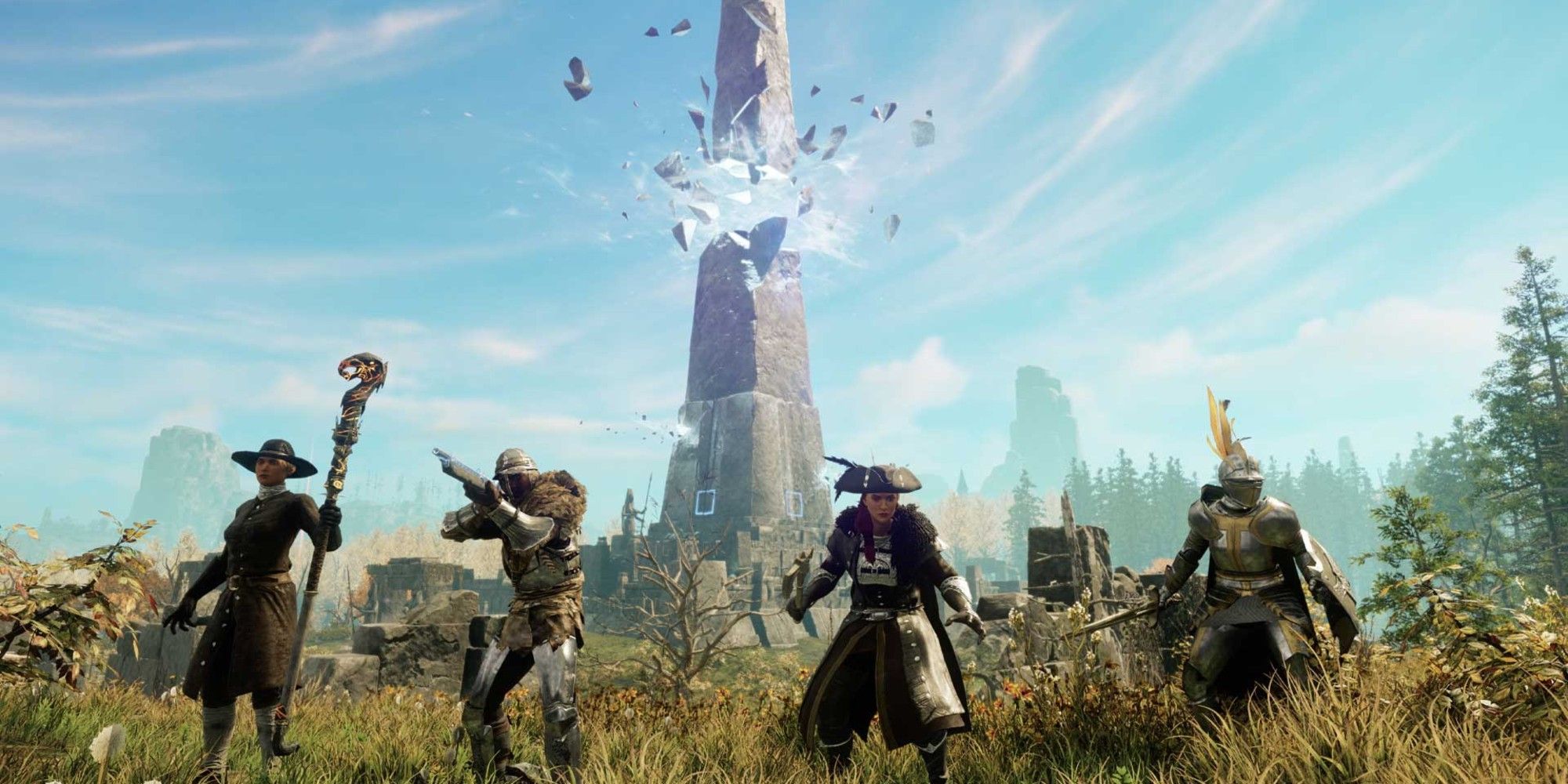 Amazon Game Studios’ MMORPG New World is set to begin its closed beta this week, and players can already begin exploring Aeternum, uncovering its secrets and carving out a territory of their own. In New World, players begin as an explorer on the way to a fabled island but find themselves quickly shipwrecked and the sole survivor from their crew. They will experience Aeternum, a place where the people are immortal but learning that immortality can be a fate worse than death. They will struggle against other humans and a group of beings called The Corrupted to uncover the secrets of this new world and try to stop the Apocalypse.

New World is combat-intensive, with multiple options for both PvP and PvE play. Combat is strategy- and action-based, emphasizing timing and positioning over tabbing. Rather than selecting a character class, players instead select any combination of weapons they want to use and become proficient with. Though the environments appear beautiful, they are rife with new, powerful enemies and creatures to discover. There are multiple Expeditions, five-person dungeons for players to explore, solve puzzles, and defeat difficult bosses for powerful loot and rewards. Players can also participate in team-based game modes, like Outpost Rush, War, and Invasion, to gain control of outposts, towns, and even entire territories.

Other core gameplay elements of New World include crafting and progression. New World has a robust crafting system, combining elements from survival games like Valheim and open-world RPGs like Dark Souls and The Witcher to allow players to create their own tools and powerful gear. Players can work within Territories and Factions to progress their character and the story. They will earn unique rewards for doing so, like increased storage, better loot and rewards, and improved gear. Eventually, they will have an opportunity to take over territories, set tax rates, and control resources in the area. Previews of both New World’s early game and endgame content reveal not only a gorgeous, sprawling world for players to discover, but also a unique set of challenges and mechanics to create an experience that feels both original and familiar to fans of RPGs.

The early game and onboarding process for New World is smooth and engaging, if not somewhat of a grind. Via a few fetch quests for a scout, players will learn the basic mechanics of combat and crafting, as well as how to look for lore and plot items around the environment. These smaller quests may annoy some MMO veterans, but they do feel like they serve the story. Because the player character is just as unfamiliar with their surroundings as the player themselves, these small errands feel more important to immersion and orientation. By the time they reach the first bustling settlement, players should feel well prepared for the challenges ahead. This can make New World friendlier to newcomers, even those who have not yet played an MMO.

There are many striking environments for players to explore. Following the shipwreck zone and beaches, players can explore areas like Ebonscale Reach, with wetlands, waterfalls, and cliffs, or the Shattered Mountains with its jagged and foreboding landscape. They will also enter towns and meet NPCs and other players. They can put items for sale in the marketplace and store early game loot in their own personal storage units. They will even have an opportunity to purchase and customize a house for their character that can serve as a respawn and recall location. New World feels truly lived-in, even in these early stages, and the open world provides plenty of opportunity for new discoveries.

The endgame and cooperative content in New World is fast-paced and challenging. Outpost Rush is a particular standout. In this mode, two teams of 20 players fight for control of three outposts. The mode is a blend of PvP and PvE. Players can craft equipment at a claimed outpost, fight environmental enemies and farm resources, upgrade claimed outposts, or help their team fight to claim the next outpost. This mode is primarily strategy-based and encourages grouping up with friends and strangers and building a community. Rewards for Outpost Rush are tuned high, and players can sign up for it with any Faction leader at any settlement.

Expeditions are more traditional dungeon experiences. Teams of five players enter dungeons to fight enemies, solve puzzles to travel deeper into the dungeon, and defeat a boss for good rewards. Rewards are chance-based to entice players to participate in Expeditions more than once. In the Lazarus Instrumentality Expedition, one of the later-game offerings, players will face waves of skeletons in difficult combat and will need to work as a team to open the various corridors. During the Expedition, they will need to defeat bosses like Cilla, a snakelike creature with access to incredibly powerful abilities. While the puzzles in the Expeditions are simple if not somewhat tedious, the combat is a challenge and will require significant coordination from groups to execute properly.

Though it certainly contains elements of the best traditional MMORPGs, New World‘s atmosphere and gameplay feel fresh and original. On a basic level, the action-RPG-based combat mechanics and classless weapon progression are innovative and freeing. Deeper than that, however, the blend of PvP and PvE present in the Expeditions and Outpost Rush keeps the experience of New World engaging and builds a sense of community in-game. Players can take control of their experience and forge the path that most aligns with their playstyle and preferences. The more developers share of New World, the more impressive it becomes, and the more rewarding its challenges appear. It will be exciting to see how New World continues to develop during its closed beta period and into its launch later this year.

New World launches August 31, 2021 on PC. Players may join the closed beta starting July 22, 2021. Screen Rant attended a digital preview event and played a test build for the purpose of this preview.

Maria Meluso is a staff game guide and game review writer for Screen Rant based in the Midwestern United States. She covers everything from massive, open-world RPGs to small-scale indie horror projects. She’s the kind of person who loves instructions and manuals but who is stubborn and competitive enough to wait to consult game guides until she’s hit game over at least 15 times. When not writing, you can usually find her playing fantasy RPGs like Dragon Age and writing screenplays.