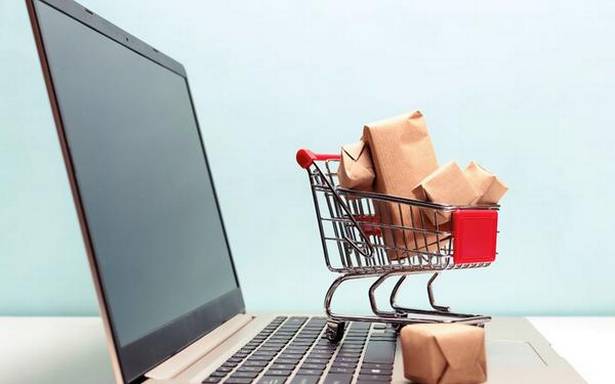 E-commerce companies originated as ‘digital platforms’, linking customers to sellers and eventually delivering the products to the customer. Over the years, especially in the West, their logistics capability strengthened and their business models have undergone a transformation.

Look at large companies like Amazon today. The chronology, ‘selling on the platform’ and then ‘delivering through logistics’, is now getting reversed. ‘Logistics’ and moving the goods closer to the customer is happening first, and then what may follow will be the sale on the platform. Sounds interesting, but how?

With the advent of data-science, large e-commerce players like Amazon today predict what the customer may want to order in the next few days. Having such deep insights, they can possibly ship items ahead to a fulfilment centre close to the customer; and deliver in matter of hours when such sale eventually happens. By patenting floating warehouses and drone deliveries from such floating warehouses, Amazon is already inching closer and competing with logistic giants like DHL, Federal Express and UPS.

With ‘high-end’ predictive analytics getting sharper, this ‘logistics driven’ model will get perfected. This raises an interesting question: Is Amazon a company that sells products on the internet, or is it a logistics company?

Amazon’s ‘fast delivery’ and ‘state of the art’ logistics business give it the ‘competitive edge’; its logistics business is growing into a mammoth activity. With its growing market power, it recently attracted antitrust regulations in the US, where sellers on the platform complain of preferential treatment if only they use Amazon’s logistics support, which comes at a much higher cost; forced use of Amazon’s logistics arm negatively impacts such ‘third party’ sellers.

In the US, the e-commerce industry and giants like Amazon and Walmart, with their sheer size and scale, are attracting the attention of the competition commission and antitrust regulators. Unlike in Western markets, the issues with respect to e-commerce in developing markets like India are different.

The biggest challenge for the Indian e-commerce industry is to create a level-playing field between the e-commerce companies and the ‘sellers’ on their platforms; sellers are basically small, medium and large manufacturers, and constitute the backbone of the Indian economy. Experience shows that e-commerce companies primarily push ‘their own’ sellers in many ways, including preferential treatment on their platforms and unsustainable ‘deep discounts’, killing in the process other sellers and brick-and-mortar operators.

In order to resolve the tension between the e-commerce platforms and the sellers on their platforms, way back in the 2016 the Indian government enacted the ‘FDI in marketplace’ legislation, which primarily restricts e-commerce companies from owning inventory and offering discounts, which used to form the very basis of their survival. The regulation further restricted their group companies or any ‘one’ seller or merchant on the marketplace from contributing more than 25 per cent of the sales generated by the e-commerce company on its platform.

The central idea of the ‘marketplace’ legislation is sensible; This compels e-commerce firms to be structured as mere ‘asset light’ platforms and forces them to focus their efforts to be ‘market makers’ in the literal sense; linking the customers to the ‘sellers’ selling on the company’s platform. Such a focus not only helps the platform to specialise as a ‘match maker’ but also drives the sellers to focus on the quality of their products, with the customer eventually getting the best experience — a ‘win-win’ for all the stakeholders.

This was also intended to stop large players like Amazon and Flipkart preferentially treating their own sellers listed on the platform, Cloudtail and WS retail, respectively, at the cost of ‘third party’ sellers on their platforms.

Unfortunately, four years have passed since the legislation, but still the regulators are unable to enforce the spirit of the ‘marketplace’ model and companies are allegedly continuing to flout the rules. Further, many large players like Reliance and Tatas are entering the industry making big bets.

The Tatas recently acquired BigBasket and the fitness start-up ‘Curefit’, and are now consolidating all their digital activities under one umbrella. Reliance’s JioMart is gaining traction. The Adanis are not far behind; they could enter the e-commerce space through logistics which is their ‘core capability’ and are partnering with Flipkart in e-commerce. The need for stringent e-commerce regulations in now more important than ever before.

Following serious allegations from Retailers Association of India and consumers on e-commerce companies flouting regulations, the government recently introduced a draft ‘Proposed Amendments to the Consumer Protection (E-commerce) Rules, 2020’ which tightens the earlier ‘marketplace’ regulation of 2016. The proposals emphasise that e-commerce firms should restrict their role to ‘market makers’ and not have their own companies on the platform; not push down third party sellers using technology, indirectly influencing inventory; and not announce ‘flash sales’ and influence price and sales to their benefit. Many issues of blatant violations have been highlighted.

The proposed regulations, though strongly opposed by e-commerce companies, are important and timely. The industry needs to be regulated given the scale and the power enjoyed by of a few players, which are bound to have a profound impact, both positive and negative, on the key stakeholders including consumers.

The government has to now come down heavily on companies flouting the rules and make them play by the book. The oversight mechanism needs strengthening and the gaps addressed. There are however certain clauses in the proposed regulation that lack clarity; for example, the definition of the term ‘related party’ is so broad that it would hamper even those companies playing well within the spirit of the legislation. Such issues need to be discussed with the industry and sorted out.

It is crucial to ensure a level-playing field, which is fair for all players, big or small. All of them need to be given a fair chance for growth on an arm’s-length basis, and leave the rest for the best to ‘win’, ensuring that eventually the interests of the consumers is taken care of.

The writer is Professor of Strategy, Great Lakes Institute of Management, Chennai