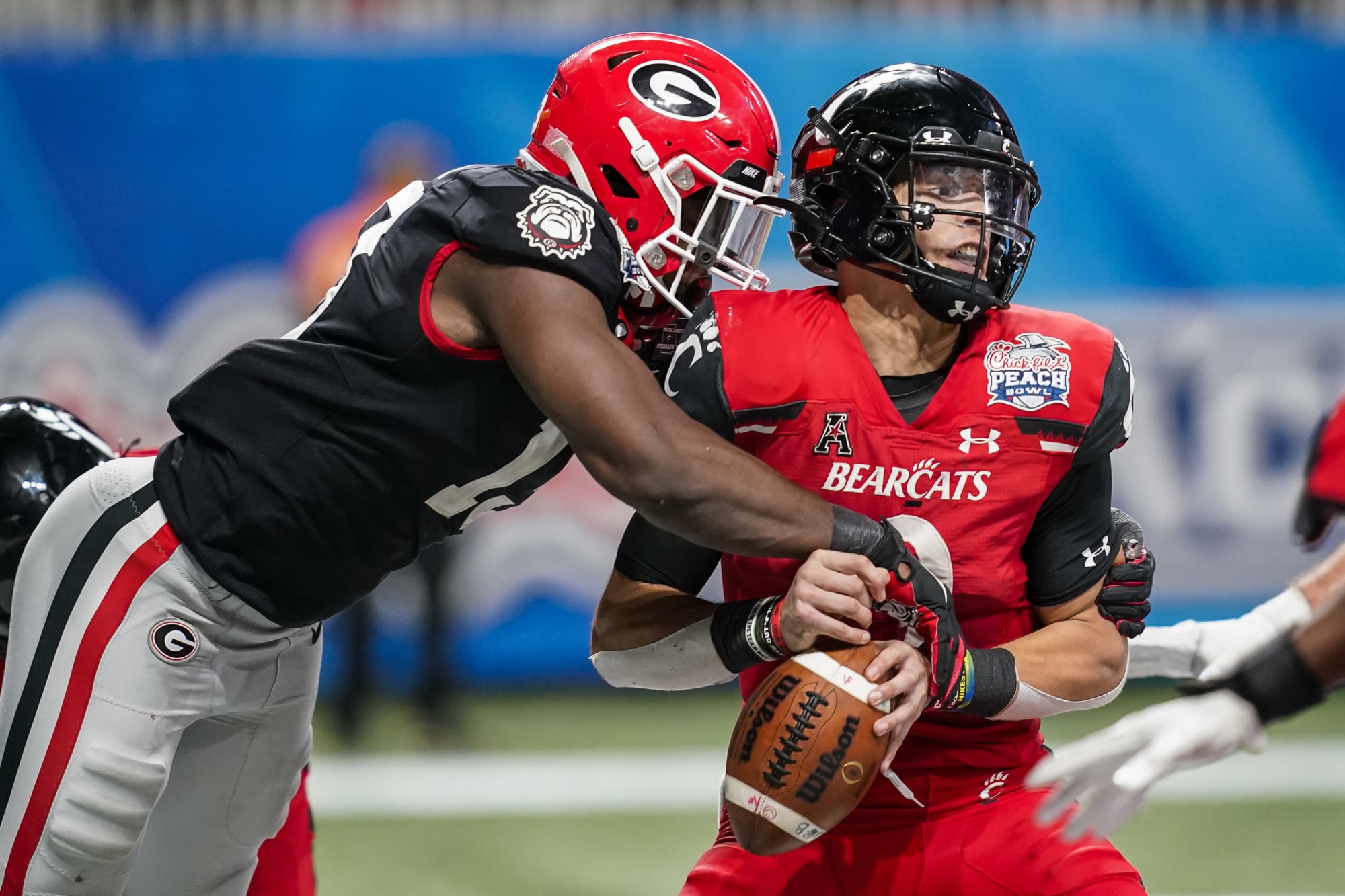 Despite being a rookie, Azeez Ojulari has an opportunity to start immediately for the NY Giants.

The NY Giants’ pass rush has been in flux for many years.

They haven’t had a steady pass rusher since Jason Pierre-Paul or Olivier Vernon, and they need to buck that trend immediately in 2021.

Heading into the Giants‘ 2021 Training Camp, one of the top position battles and overall question marks on the roster will be centered around the two starting outside linebacker positions. The team is stocked up with options from established veterans, rising younger players, and hungry rookies that are eager to learn and play right away.

Azeez Ojulari could come in and take one of the two starting spots off the EDGE right away.

The NY Giants’ 2021 2nd round pick may be too talented for defensive coordinator Patrick Graham  to leave off the field.

Ojulari has been training in Atlanta, Georgia to gear up for his rookie season. He’s been working out with fellow Giants such as Andrew Thomas and Evan Engram. Ojulari is a perfect fit both athletically and schematically to start in the Giants’ defense.

Here are three reasons why Ojulari could thrive in training camp and start right away in 2021.

Azeez Ojulari vs The Field

Ojulari heads into a friendly spot heading into training camp. Ojulari’s competition this summer is one of the main reasons Ojulari was brought to New York.

The NY Giants used a premium asset on Ojulari in the second-round. New York took him because they have a massive need in their front seven off the edges and their pass-rushing department needs significant upgrades.

New York also added Ojulari, Elerson Smith, Ifeadi Odenigbo, and Ryan Anderson off the outside to bolster the corps. Clearly, the team felt like this group was a major concern and needed vast upgrades to be better in 2021.

The NY Giants’ 2020 pass-rushers didn’t do enough damage from the outside. A lot of their success and sacks came from the interior on bullrushes and blitzes on the inside. Both of their Week 1 starting edge rushers in Lorenzo Carter and Oshane Ximines were done for the year in Weeks 4 and 5 with season-ending injuries.

Carter and Ximines’ status remains unclear heading into a pivotal season for both young players. Carter heads into year four and Ximines is now in year three as both players now face crossroads in their early NFL careers. They have spent the better part of this offseason rehabbing their injuries to get back to the field.

Ojulari can take advantage of the uncertainty in August. He is set to enter his first Training Camp healthy and hopefully in the best shape of his life. Ojulari should be able to beat out both veterans in Ryan Anderson and Odenibgo who seem better suited for part-time, depth roles. Elerson Smith will likely be raw as he adjusts to better football competition and Ximines and Carter’s status remains murky.

Look for Ojulari to steer clear from the pack and separate himself as top dog in the Gaints’ starting lineup.