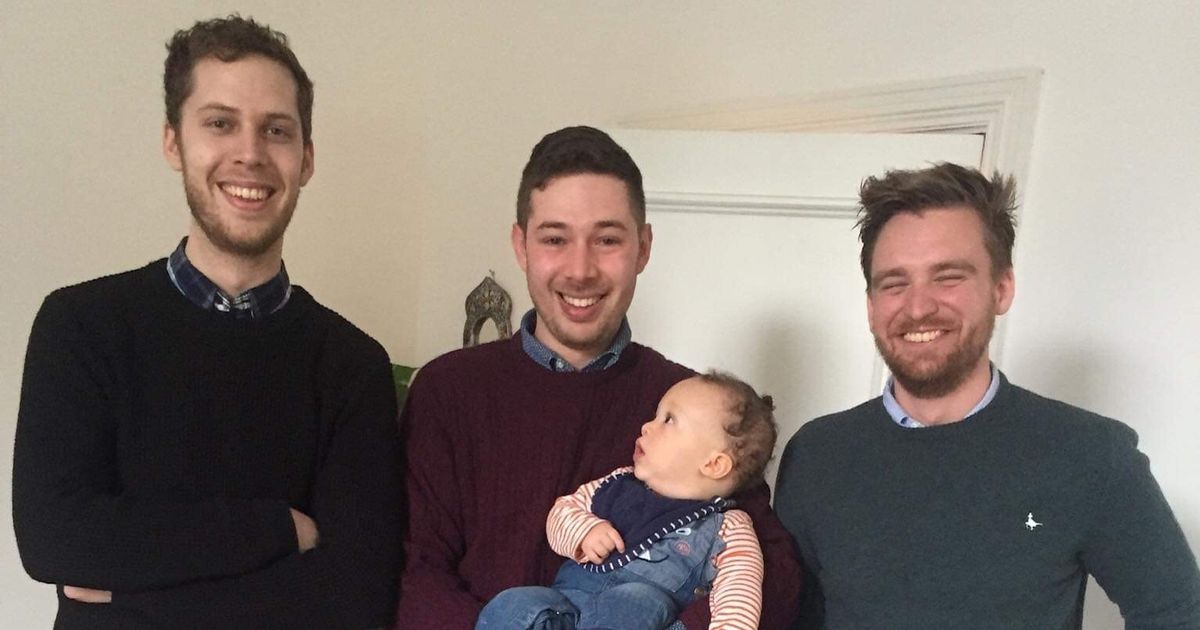 An anaesthetist from Solihull will be paddling 109 miles from Birmingham to Manchester in a canoe in memory of his doctor friend who died from a rare brain tumour at the age of 30.

Dr Tim Molitor, 31, and his pal from university, GP Dr Danny Magona, 35, are embarking on the gruelling five-day trip to raise money for charity in honour of their friendship group’s third member, Dr Aria Nikjooy, who passed away in February, leaving behind his wife Naomi and their three-year-old son Eliyas.

The trio met while studying medicine at the University of Birmingham and worked at hospitals around the city before Aria moved to Manchester and Danny to Northwich.

It was in 2018, when Aria was 27, that he started suffering with headaches. At first he put it down to tiredness from working long shifts as a paediatric trainee doctor.

Then in November, the headaches were so intense that Aria had to go home from work. By the time he saw his GP a couple of days later, he was also feeling nauseous and his speech was slurred – a major red flag.

A week later, following an MRI scan, Aria was given the gut-wrenching news that he had a mass on his brain. One week after that, he was told it was grade four brain cancer.

Aria underwent surgery and started a course of radiotherapy followed by four rounds of chemotherapy, all of which had their own difficult side effects including terrible nausea and difficulty speaking.

By November, a year after his diagnosis, Aria was finally well enough to return to work.

But only a few months later, the cancer came back.

Aria restarted treatment – which was made more difficult by the developing Covid outbreak – but he sadly lost his battle in February this year.

During his cancer fight, Aria penned two children’s books, Eddie and the Magic Healing Stone and Eddie and the Last Dodo on Earth, as a legacy to his son and to help others in his situation explain the difficult issues regarding illness and cancer.

Aria also wrote his memoirs, Broken Brain: Brutally Honest, Brutally Me, a devastating but witty tale of his thoughts and feelings while battling cancer during a pandemic.

As well as raising money for the Brain Tumour Charity, a small portion of funds collected from Tim and Danny’s canoeing fundraiser will pay Aria’s books to be published and donated to hospitals and hospices in Manchester and Birmingham.

Danny and Tim described Aria as “the life of the party”, and “a great friend in times of need, a wonderful husband and an incredible daddy to his little boy”.

Tim, who works at University Hospital Coventry, told BirminghamLive: “Aria was just a really inspiring guy and that’s why Danny and I are keen to continue his legacy and raise money for this charity.

Be the first to know about the biggest stories as they break. Sign up for breaking news email alerts from MySolihull.

We send out the latest stories from across Solihull so you can keep up to date with the latest news the borough.

It is delivered free of charge direct to your email inbox seven days a week, giving you all the news you need from across Solihull whether it’s business, crime, or stories of members of our community doing incredible things.

Once you’re there, put your email address where it says at the top, then tick the MySolihull box. There are other newsletters available if you want them as well covering news from across the wider region, sport and other specific topics. You can sign up for as many as you like.

When you’ve made your choice, hit Save Changes button at the bottom and we will do the rest.

“Our plan is to raise money towards brain tumour research and fund some of his books to then supply to local hospitals and hospices as a really useful tool for patients who are going through the same thing.

“Even if you haven’t experienced it yourself, most of us know people that have and can draw parallels to the story.”

Tim and Danny will set out in their canoe on Sunday, July 18 from Birmingham Medical School, where the three met, towards Manchester.

The pair will be negotiating over 100 miles of canals and locks and will be carrying all their camping gear and food with them in their 16-foot Hou Canoe.

The journey will take them through Wolverhampton, Great Haywood, Stoke and Macclesfield, and require up to eight hours of paddling every day.

Tim said: “We’re both quite looking forward to getting out teeth stuck into it, but we’re under no illusion that it will be quite a gruelling and difficult challenge.

“There’s quite a few locks along the way – I think about 16 in Wolverhampton – so we’ll have to lift the canoe out of the water and carry it with all the camping gear and food inside. That will be a difficult hidden aspect of the challenge.”

The duo are hoping to raise £2,000 and have already collected £1,600 in donations to their Go Fund Me page.

Get news from MySolihull delivered straight to your inbox here.