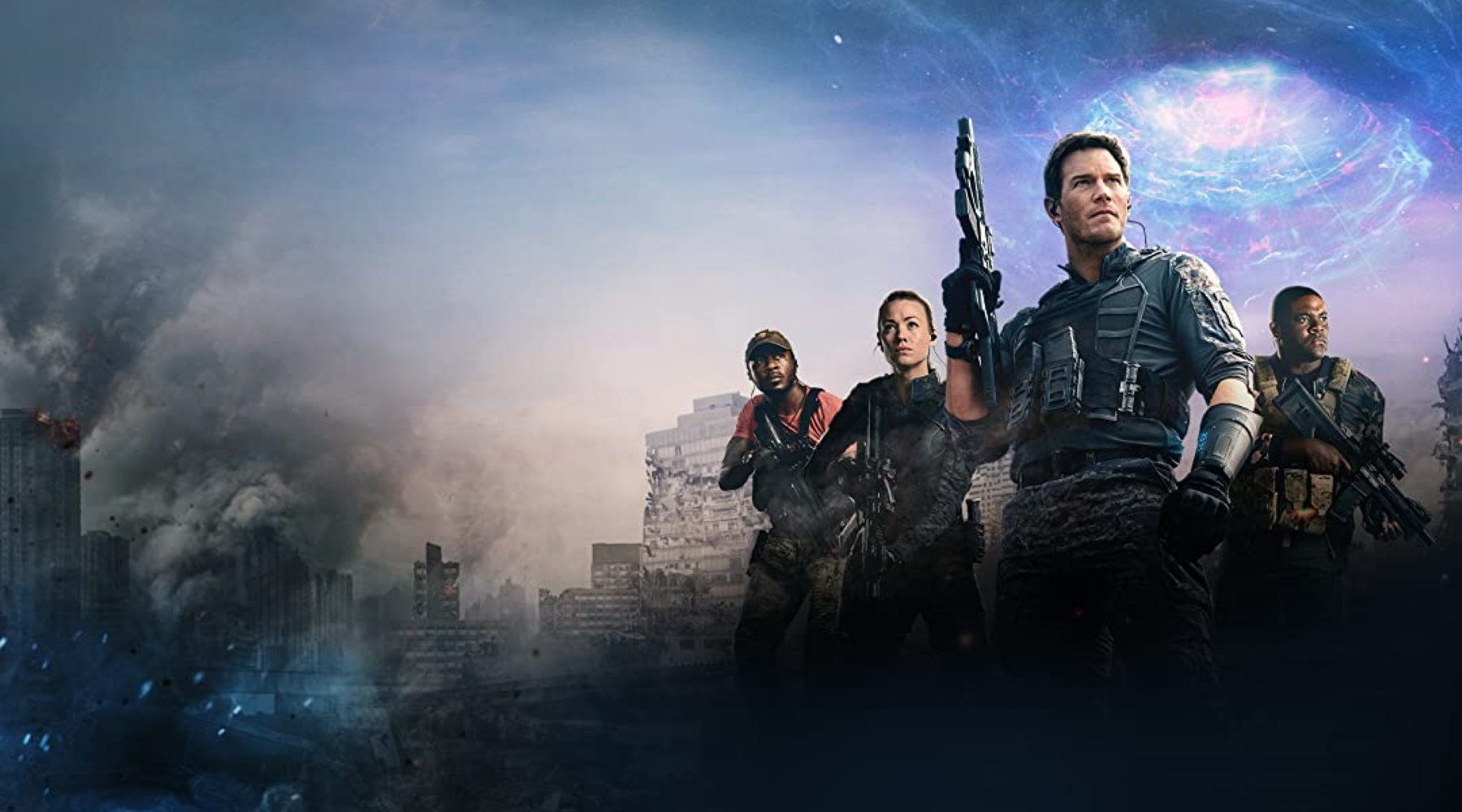 The world is stunned when a group of time travelers arrive from the year 2051 to deliver an urgent message: Thirty years in the future, mankind is losing a global war against a deadly alien species. The only hope for survival is for soldiers and civilians from the present to be transported to the future and join the fight. Among those recruited is high school teacher and family man Dan Forester (Chris Pratt). Determined to save the world for his young daughter, Dan teams up with a brilliant scientist (Yvonne Strahovski) and his estranged father (J.K. Simmons) in a desperate quest to rewrite the fate of the planet.

Would you travel to the future to save the world?

Action fans have had a pretty solid year so far. Godzilla vs. Kong, Boss Level and Army of the Dead are just a few of the titles that made waves in recent months, giving thrill-chasing viewers a welcome taste of adrenaline.

But buckle up because there’s a new kid on the block: The Tomorrow War, an alien invasion flick set in the future. With a solid cast and top-notch special effects, the movie is coming exclusively to streaming this week, so you can watch from the comfort of your own home.